The US Securities and Exchange Commission proposed new governance this week that would require public companies to report the climate-related risks of their business activities.

The new regulation would require corporations to report direct and indirect greenhouse gas emissions – known as ScopFe 1 and 2 reporting – as well as Scope 3 ‘value-chain’ emissions created from the production or use of a company’s operations.

The regulatory agency’s disclosure proposal is being described as a landmark moment for climate change accountability in the US. While the SEC targeted public markets in its proposal, here are two ways the new rules could affect private markets investors:

Regardless of the regulatory imperative, forward-thinking managers are already taking steps to measure the carbon footprints of their portfolio companies. If the SEC’s new rules are enacted, expect to see the “starting point” for incorporating climate reporting become an earlier imperative, according to Fionna Ross, senior ESG analyst for US equities at Abrdn.

“There’s going to be those that get a head start on data collection and disclosures; then there will be those that are more reluctant,” Ross tells New Private Markets. “It’s also worthwhile noting what the endgame is… Regardless of where regulation takes us, I think we’re still going to see increased pressure on companies, both public and private, to disclose additional climate data.”

The rules in detail

The rule also includes a “safe harbor for liability for Scope 3 emissions disclosure.” During the consultation on the rule, some big US companies – including Alphabet and Microsoft – expressed concerns that reporting ESG information in financial filings might leave them open to lawsuits if that information is found to be incorrect.

Speaking on a webinar in July, SEC chair Gary Gensler highlighted the fact that, as it stood, “companies could announce plans to be ‘net zero’ but not provide any information that stands behind that claim. For example, do they mean net zero with respect to Scope 1, Scope 2 or Scope 3 emissions?” he said.

All listed US companies will be required under the new proposed rule to disclose their Scope 1 and 2 emissions – those that arise from their activities and energy use – over the next three fiscal years, rolling out from the largest to the smallest firms.

That assurance should be undertaken by an “independent GHG emissions attestation provider,” the rule stipulates.

The new disclosure regime also requires companies to disclose in SEC filings a raft of information on risks posed to their businesses from climate change and their governance of them, including the use of scenarios analysis and whether they use an internal carbon price and its underlying assumptions.

Carbon offsets are also covered in the disclosure requirements when it comes to targets. Speaking on the webcast today, SEC commissioner Caroline Crenshaw said: “If companies claim they are reducing overall carbon emissions by other means, they need to tell investors how they are doing that. Commenters have indicated problems with offset verification, accuracy and quality, and they need better insight into how companies count offsets toward their climate goals.”

Subscribe to or register with Responsible Investor to read the full article. 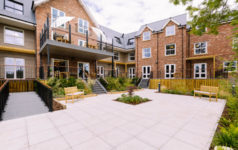 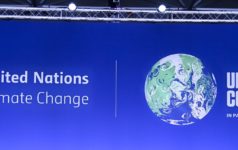 COP26: ‘Do nothing about decarbonization and you destroy value’ 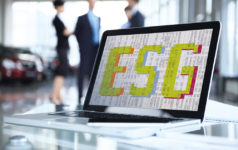 PERE’s ESG award categories will promote businesses with a plan