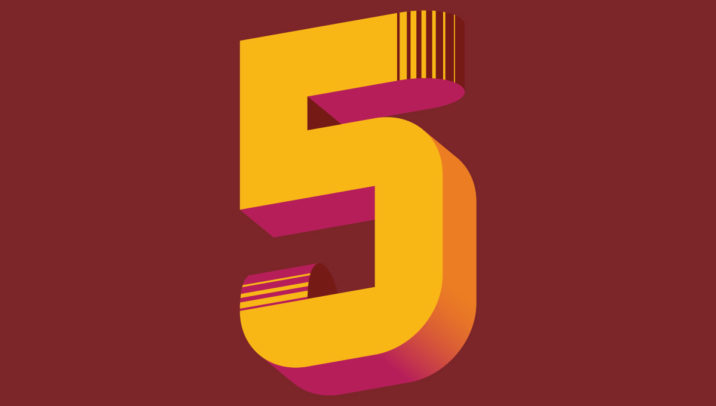 You wait 10 years for a bus, and then two come along in quick succession. In last year’s Global Investor 100 report, we noted how decade-long holder of the top investor accolade Abu Dhabi Investment Authority had slipped to third place after a year of low returns, visible selling and internal reshuffling. This left Dutch pension fund APG and German insurer Allianz Real Estate – which have long jostled beneath ADIA in the ranking – to first and second spot, respectively.

APG’s time at the top was short lived, however, because we have yet another new largest investor to crown: Allianz has overtaken its Western European counterpart after adding $4.8 billion to the value of its investments in a year. The insurance company has $66.1 billion allocated to real estate, with a portfolio allocation of 71.2 percent, up around 1 percentage point year-on-year. APG’s total allocation, by contrast, has risen by only $689 million since our 2021 ranking.

And what of ADIA? The sovereign fund has continued its freefall from the top spot. Despite growing its dollar allocation by 9 percent in the year, the investor now resides in sixth position in the GI 100 list. Contributing to ADIA’s slide down the top 10 are fellow sovereign behemoths GIC and Qatar Investment Authority, which have been on buying sprees and increased their equity by 88 percent and 54 percent, respectively, climbing 10 and six positions.

In a sign of restored confidence in real estate’s prospects, all of the top 10 institutions recorded an increase in their capital allocation, compared with only seven of last year’s leaders. In addition, six of the top 10 have more than $50 billion allocated to the asset class, up from only two members last year.

Sovereign giants have made large strides in real estate in the past year, enjoying something of a comeback after a period of subdued activity. As rates rise in fixed income and equity markets face ongoing volatility, real estate’s defensive characteristics have attracted considerably more sovereign capital.

When PERE last published its GI 100 ranking in 2021, nine sovereign wealth funds made the cut, with some $256 billion allocated to real estate between them, representing 17 percent of the GI 100 total.

In our 2022 ranking, in contrast, there are 11 such institutions in the list, with a combined $334 billion in equity, representing 20 percent of total capital. That is a considerable increase given that the overall growth in allocations for the whole of the GI 100 was $200 billion year-on-year – this group of sovereign funds is therefore responsible for around 40 percent of the uptick.

This investor type is typically one of the largest in terms of total assets, so it is only natural that proportionally minor movements in allocations create sizable waves in the list. Even so, if we open up the field to the entire global pool of sovereign funds investing in real estate, PERE analysis shows that 42 percent increased their allocations to the asset class in the first half of 2022. This is the largest proportion of any primary investor category.

Furthermore, together with insurance companies, SWFs were the only investor type to record an increase in average allocation to real estate in H1 2022. This stands at 7.27 percent for all sovereign investors as of July, and is on par with those in the GI 100.

Over the past decade, PERE has observed the exponential rise in real estate investing among Asian institutions. Amid ongoing pandemic restrictions, geopolitical risks and rising inflation (albeit more moderate than in Europe and North America), the IMF has lowered its 2023 forecast for economic growth in Asia-Pacific to 4.6 percent, which compares with 6.5 percent growth in 2021. And yet, Asian institutions continue to funnel capital into real estate markets.

Growing demand for real estate in the region – particularly retail and office properties – has helped keep investment appetite strong, underpinned by resilient characteristics in urban locations. According to property research firm Savills, seven new Asian cities will break into the top 20 in the Savills Resilient Cities Index by 2028, which combines city and personal wealth with demographics to identify the global cities where real estate markets are best able to withstand disruptions in the long term.

Notably, GI 100-ranked institutions based in Asia-Pacific have added more to their combined real estate equity than investors in any other region year-on-year. At $364.0 billion, Asia-Pacific’s total has grown by $91.9 billion, which is more even than North America’s net difference at $78.7 billion. Furthermore, the GI 100 has three additional Asia-Pacific-based investors compared with last year, and its share of capital allocations has increased by 3 percentage points to represent 22 percent of the global total.

Spearheading Asia’s success story in this year’s list, however, is Singaporean sovereign wealth fund GIC, which has risen 10 spaces to sit in fourth place in the rankings on its maiden outing in the top 10. This is the highest position occupied by an Asian institution since PERE began publishing an annual list of the asset class’s top allocators over a decade ago.

The value of GIC’s allocation has grown by a colossal 88 percent in a year to reach $59.5 billion. In its annual report, published after PERE’s GI 100 ranking was finalized, the fund announced it had increased its allocation to real estate from 8 percent to 10 percent in recognition of the asset class’s ability to “offer protection against inflation” and its outperformance of “nominal bonds in a high inflation environment.”

The outlook for institutional real estate investors is a mixed bag at present. In the short term, we are likely to see a continued slowdown in transaction activity and fundraising as macroeconomic uncertainty gives investors cause for pause. With inflation heading into double-digit territory in several major global economies, and no end in sight to the war in Ukraine, there is a very real possibility of market dislocation and mispricing in real estate.

“On the equity side, as soon as there’s a level of uncertainty around the outlook, we generally see most institutional investors choosing to pause, to review their existing portfolio, and look at what is needed to make them comfortable in a changing environment,” explains Jelte Bakker, global head of opportunistic real estate at Macquarie Asset Management.

Inflationary pressures may also ground real estate developments in some markets. “Rental rate increases are not keeping pace with increasing construction costs, so I think we will see some projects cancelled or put on hold,” says Carole Guérin, managing director, head of Americas at Canadian pension fund PSP Investments.

That said, where there is market distress, there are also opportunities for investors to pick up assets at attractive prices, focus on value creation with more resilient assets in prime locations, or step in on the debt financing side where banks are pulling back. Indeed, amid additional regulatory pressures, no fewer than five banks/financial services firms have dropped out of this year’s GI 100 ranking.

Overall, though, investors are responding to the challenges with a cool head. Behind-the-scenes preparation will be key. “There will be opportunities, but we are very cautious for the moment; it is a time for investors to be patient and to be very prudent in investment assumptions,” argues Guérin.

The clouds may be very dark overhead, but real assets should be more sheltered from the rain than many. What’s more, there is certainly no shortage of opportunities to sink capital into property types offering a promising pathway to long-term value creation. The demographic and technological megatrends that are shaping the future of life and work, and the urgency placed on decarbonization efforts in the race to net zero, have given investors confidence in the future of the asset class.

Although alternative subsectors of real estate such as data centers, life sciences laboratories and student housing were attracting investment long before the pandemic, the acceleration of these aforementioned megatrends has opened more institutional eyes to the yield opportunities on offer. “What has also changed is investors’ willingness to understand niche asset classes and increase allocations to those sectors,” says Eric Wurtzebach, head of Americas real estate at Macquarie.

As a result, the prospects for unlocking additional value have multiplied considerably, particularly where net zero is concerned. ESG reporting has gone into overdrive in recent years, as investors demand more transparency and accountability from their managers and operating partners in response to calls from their own clients.

Rainer Komenda, head of real estate investment management at pension fund Bayerische Versorgungskammer, explains that BVK has set a target to be carbon neutral across all asset classes by 2050. “We are at the preliminary stage of analyzing the portfolio and gathering information from our managers so we can plot a roadmap to achieve that target,” he says.

There is no question that investors are committed to understanding more about their portfolio emissions and working with asset owners to problem solve here. But while progress is undoubtedly in motion, “we would like to see managers moving faster in taking on this challenge,” says Komenda. 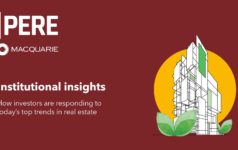 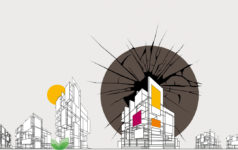