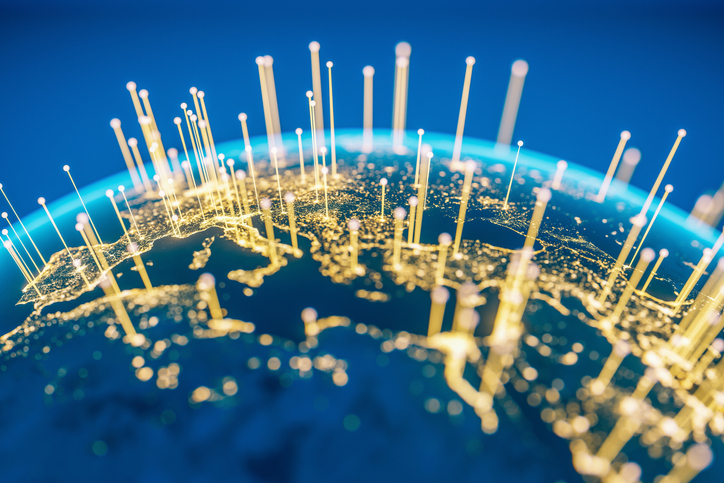 With more institutional capital clambering for a seat at private real estate’s table, pushed by continually low interest rates and pulled by an asset class sophisticating itself into disruption, the demand for the best intelligence in the sector has never been higher.

And so it was in 2019, when record audience numbers piled into PERE’s rich array of insights and analysis, proprietary rankings and breaking news items. Below are the 10 items you chose to read the most:

If you wanted evidence the world’s biggest private equity real estate firms were eating more of the institutional equity allocation pie than ever before, you needed to look no further than the inaugural PERE 100 ranking. Our best-read item, PERE’s audience devoured the analysis surrounding this manager cohort responsible for raising a five-year aggregate of $442.3 billion in equity.

2. Which are the most active lenders in private real estate?

Another of our signature rankings, you wanted to understand which managers raised the most capital for the debt part of the capital stack. As with PERE’s equity ranking, Blackstone topped the list, but unlike the PERE 100, positions two and three were somewhat different, exemplifying of a marketplace made up of many different names to those that would center their efforts on equity deployment.

3. How does your compensation compare?

As much of a reference tool as an article, PERE’s collaboration with private real assets executive search firm Sousou Partners has become an eagerly anticipated must-have item on the editorial schedule, as it proved in 2019. The key takeaway this time? That this peak of the property cycle has seen value-adding asset managers’ compensation become notably more competitive to their acquisition peers.

4. How co-investment in private real estate is evolving

An unfulfillable item on an investor’s fund due diligence wish-list, or a more actionable way of committing capital on a direct basis, on better economics, alongside a manager’s fund? In the February issue, PERE framed that debate. Unquestionable, however, was that co-investing capital allocation was on the increase, as we demonstrated using our proprietary data.

You would be hard-pressed to find a higher-profile individual in private real estate than Tom Barrack, the founder of long-standing manager Colony Capital. As the Trump-supporting mogul switched the company’s focus from general to digital real estate, PERE got under the LA-firm’s bonnet to discover a business which, despite pulling in billions of dollars over decades, has split investor opinion with a mixed set of vehicle performances.

The travails of one of the largest funds on the NCREIF Fund Index – Open End Diversified Core Equity, the world’s biggest index of core funds, caught your eye when it transpired there was a stampede for the door. A vehicle overexposed to the wrong properties and producing sub-benchmark performances led to a remarkable amount of capital attrition and a comprehensive analysis from PERE in the process.

Unsurprisingly, a people-focused story would make the top 10 most read list. When the New York-based private equity real estate firm created a global fundraising leadership role and then filled it with Grant Berlin, a heavy hitter from Brookfield Asset Management, you took note. The 25-year veteran took up the first dedicated real estate capital raising role at the firm, which had previously used a generalist division for its real estate fundraising needs.

8. Goldman Sachs puts property funds back on the menu amid restructure

The return to private equity real estate funds management by the firm that arguably started the opportunity fund industry following the savings and loans crisis in the US during the 1990s was always going to be a winner when it came to capturing reader interest. It proved as much when PERE published its analysis on a comeback that included the introduction of a core-plus to value-add fund, the PPM of which is believed to be out now.

9. Blackstone bosses on the broad concept of disruption

Sharing a conference stage for the very first time at PERE’s Asia Summit in Hong Kong, Blackstone’s real estate co-heads Ken Caplan and Kathleen McCarthy meditated on how service provision would prove to be a central element in the disruption of every property asset class. And so it proved, as explored in PERE’s cover story in July entitled The Hotelization of Real Estate. Gone are the days of landlords and tenants; enter the era of service providers and customers.

Now with an aggregate exposure to private real estate equity of more than $1 trillion, PERE’s annual Global Investor 50 ranking has become the go-to resource for managers and advisors keen to work with the biggest institutional investors in the sector. The top names – ADIA, APG, Allianz to name three – have rarely changed in the six years PERE has been running the ranking. But there was plenty of movement among the investors lower down the list and that captured the intrigue of PERE’s readership.

Wishing you all a merry festive period and a happy new year. We hope you have enjoyed reading PERE this year and look forward to providing you with more of the hardest hitting insight and analysis of the world’s private real estate capital markets in 2020.

From the editorial and research and analytics teams, see you then.

PS: If you have not done so already, please take the time to pick the investors, managers and advisors you felt managed the greatest achievements in the year by voting in our 2019 PERE Global Awards. Click here.