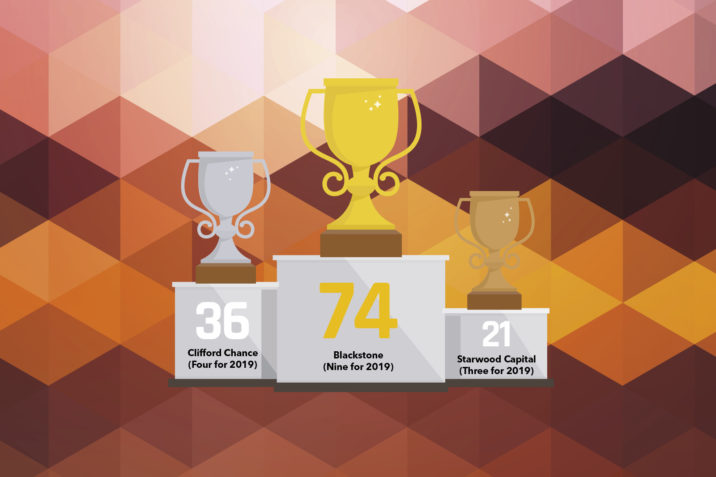 The PERE Global Awards Hall of Fame keeps tabs on the biggest winners since 2007. There are new entrants this year, such as Henderson Park, as well as names which have been making the running for some time.

Chief among those is Blackstone, the biggest winner both this year and since the PERE Global Awards first launched, galloping ahead with the addition of a further nine awards to bring its total to 74. As the manager goes on keeping its trophy cabinet well stocked and leading in its field, so too has Clifford Chance extended its lead among advisors, adding a further four awards to an already glistening collection.

There is more jockeying for position among the investors, where the Canada Pension Plan Investment Board has GIC breathing down its neck and Henderson Park coming from nowhere to threaten a three-horse race. Meanwhile, three of our Industry Figure of the Year awardees are adding to previous successes, thereby marking themselves out as that most rare breed – the serial winner.