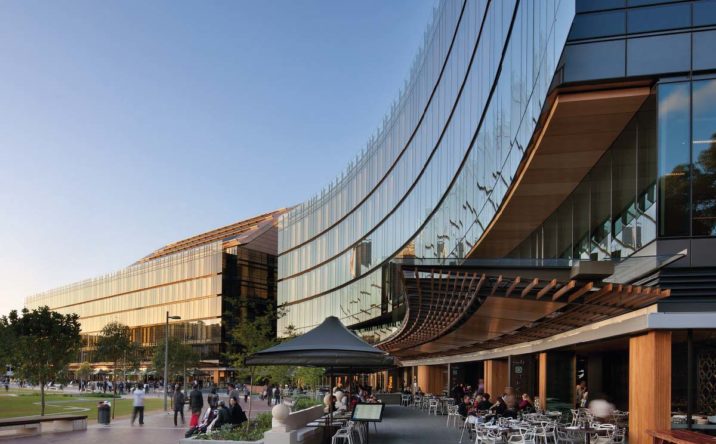 If the walls of Commonwealth Bank Place in Sydney could talk, they would reminisce on its regeneration from amusement park to becoming the headquarters for one of Australia’s biggest banks.

Allianz Real Estate has agreed to acquire a 50 percent stake in Commonwealth Bank Place on behalf of the National Pension Service of Korea and Allianz via its AREAP Core I fund for $445 million. The entire office component of the asset is leased to Commonwealth Bank of Australia, one the country’s ‘big four’ banks. It comprises over 650,000 square feet of net lettable area across two towers of office space alongside retail stores on the ground level.

The site where Commonwealth Bank Place sits today was once home to an indoor amusement park owned by gaming company Sega. It opened in 1997 and ‘Sega World Sydney’ was tipped to be the next big thing in entertainment and attraction events. However, success was short-lived and financial losses and low attendance led to the park closing in November 2000.

The Sydney Harbour Foreshore Authority held the lease to the site for five years from 2003 until it was sold to Sydney-headquartered real estate and investment group Lendlease for A$560 million ($397 million; £293 million). Lendlease had its development plans approved to demolish the site and in its place build two nine-story office blocks for the Commonwealth Bank, which began moving its team onto the site in 2009. In 2012, the Green Building Council of Australia awarded the asset a ‘6 Star Green Star – Office As Build v3’ rating, the first property ever to achieve this accolade in the region, as a result of the development meeting sustainability criteria.

The Allianz transaction, announced in late January, is expected to close in the first quarter of 2022. The AREAP Core I fund, managed by Allianz Real Estate, is a $2.3 billion investment platform in the form of a Singapore-domiciled, closed-end fund where NPS and Allianz are 50:50 investors.

Danny Phuan, Asia-Pacific head of acquisitions for Allianz Real Estate, says Sydney’s favorable office market influenced the transaction at a time when location, quality and ESG are key considerations for investors. “Sydney is one of the most liveable cities in the world and the long-term outlook for the Sydney office market remains favorable,” Phuan says.

Rather than being one of Australia’s best amusement parks, Commonwealth Bank Place is instead setting an example for sustainable developments worldwide.

2003: The lease for the site is sold to the Sydney Harbour Foreshore Authority

2008: The site is leased to Lendlease for A$560 million and development plans are approved for Commonwealth Bank Place

2009: The first employees from Commonwealth Bank begin moving into the offices

Jan 2022: Allianz Real Estate agrees to acquire a 50 percent stake in Commonwealth Bank Place from Lendlease via its AREAP Core I fund for $445 million