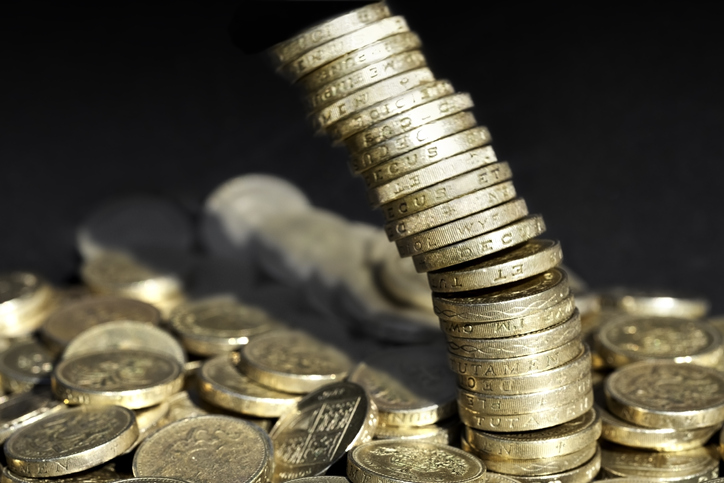 In November, PERE heard from a New York-based lawyer about his latest client, an executive who had launched a management firm and was seeking to raise European institutional capital for a US-focused real estate private equity fund. There was a notable departure from the norm: a $5 million target capital raise intended to finance part of the manager’s own commitment to the fund.

Private real estate general partners are typically obliged to front a portion of their fund’s target capital to demonstrate an alignment of interests with their investors. This so-called GP commitment can either be defined in fixed percentage terms or dollar terms.

Often, they carry a minimum and maximum ceiling. Typically, the GP commitment ranges from 1-3 percent, although there are exceptions. A manager currently fundraising for a $500 million, pan-Asia, value-add fund, tells PERE his firm has voluntarily agreed to a GP co-investment of more than 5 percent to “demonstrate commitment” to potential investors. Elsewhere, a London-based consultant recalls an instance of an individual manager committing 15 percent of the equity to a $300 million fund.

But while clearly there’s an array of commitment proportions in the market, less visible is how manager co-investment tickets are funded. PERE spoke with fund formation lawyers, consultants and managers to understand the mechanics of these commitments. The discussions revealed varying approaches and a high degree of ambiguity being adopted by the industry.

“It is common knowledge that managers would syndicate a portion of it, but this is more of a middle-market phenomenon, or in case of development deals.” – David Warburg

The Institutional Limited Partners Association, a private equity sector association, updated its guidelines on co-investments, called ‘Principles 3.0,’ last June. The guidelines leave some room for funding methods, however, stating that “a GP commitment be contributed in cash as opposed to contributed through the waiver of management fees or via specialized financing facilities.” They add a GP should not be allowed to co-invest in select underlying deals, but rather its whole equity interest shall be via a pooled fund vehicle, whose sharing percentage may not decrease.

Though prescriptive to an extent, the guidelines leave room for syndication efforts, PERE’s lawyer sources say. “It is common knowledge that managers would syndicate a portion of it, but this is more of a middle-market phenomenon, or in case of development deals,” David Warburg, partner at Chicago-headquartered law firm Seyfarth Shaw, explains. “There are also a lot of funds wherein the founder has spun off from a bigger firm: while they have a track record, they are not willing to put up their personal fortune on the line.”

When syndication does happen, investors committing to manager commitments are usually incentivized with certain economic rights. In cases where funds are seeded with assets, these investors have a partial perspective on carried interest from the onset. David Ellis, partner at law firm Mayer Brown, expresses familiarity of situations where first-time managers have sold portions of their commitments in a fund to fund LPs in exchange for a percentage of their carried interest.

Some question this tactic, however, arguing that syndication defeats the purpose of a GP commitment in the first place. “If you borrow to put money into the fund, that is still cash because you still need to repay the loan. In that sense, you still have ‘skin in the game,’” Ellis says. “If you sell down your piece, however, then there is an alignment issue. That I can see is something that LPs could be legitimately be concerned about.”

Indeed, those representing institutional investors believe it is tough for syndication to become a routine funding approach because of likely pushback. Eamon Devlin, corporate and investment funds lawyer at asset manager MJ Hudson, says it is increasingly common for investors to ask managers to disclose how they fund their commitments.

“The complexity has increased,” he notes. “Around 15 years ago, one could not obtain any lending for a GP commitment. Secondly, fund sizes have increased so the GP commitments now means bigger amounts of money. And lastly, LPs have become more professionalized in their approach, so they are asking a lot more questions.”

Some investors, for instance, are demanding to see bank statements of general partners to ascertain the financial capabilities of the firm. One US consultant says he prefers the GP commitment to come from a personal check issued by a key principle of the firm instead of the entity itself. “We don’t give firms much credit if it is a balance sheet investment,” he says. “If an executive is invested into the fund with his own money, he is going to stay and see the fund through, so it also increases retention.”

This extends to direct investments as well. “Even while advising institutional investors for a development joint venture partnership, I always make sure to ask where the sponsor money is coming from,” agrees Miles Borden, partner in the real estate department of law firm Seyfarth Shaw. “Not only do we want the sponsor to put in, say at least 10 percent, we also have a requirement key principals of the sponsor to put a specific amount of their personal capital.”

The devil is in the detail, however. There are limits on the extent to which investors can scrutinize a manager’s internal financing arrangements. “The normal scenario has two layers to it. The amount the GP as an entity has put in, and then where the dark arts start applying: figuring out how much the individuals behind the GP have to put in,” Ellis explains.

A firm, for instance, could fund the personal contributions of the more junior members in the team, or provide them a limited recourse loan against future carried interest payments. In other cases, firms can pay the principle’s portion of the commitment using profits accumulated from a previous fund, blurring the line between the firm versus the individual shareholder’s contributions.

The private nature of alternative funds means managers are currently rarely obliged to disclose these fundraising nuances. But as these vehicles attract greater interest from of institutional sources of capital, the calls for greater communication and transparency requirements could well see more visible manager commitment funding paths in the documentation before long.