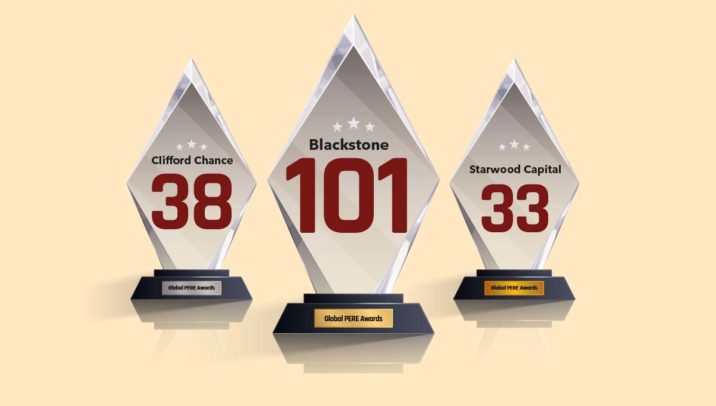 The Global PERE Awards Hall of Fame tracks the biggest winners since 2007. This year, Starwood Capital pushed its way into the top three most successful firms in the history of the awards, bumping GLP into fourth place. Starwood added 12 awards to its tally in 2021 to reach 33 – last year saw the firm only take home one new award.

Frontrunner Blackstone remains leaps ahead of the rest and has finally broken the 100 mark with 10 new wins, bringing its total to 101. Clifford Chance, which holds the runner-up spot, has 63 fewer award wins.

Honorable mentions this year should go to Kirkland & Ellis, which won six new awards, and GLP, which added another four to its existing score.