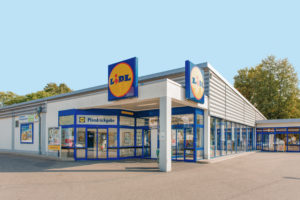 Even as the covid-19 pandemic has shuttered retail locations throughout Europe, grocery stores remain a bright spot for commercial real estate owners, one that helped Slate Asset Management attract roughly €215 million of international capital for its latest fundraise, PERE has learned.

The Toronto-based manager hit its hard-cap on Slate European Real Estate III, a value-add vehicle that raised a total of €250 million in its final close this month. While the firm only collected capital from Canadian investors for its first two European funds, 86 percent of its latest fund came from groups based elsewhere. The largest investor cohort came from Europe, accounting for 56 percent of the fundraise, followed by the US at 16 percent and Asia at 14 percent.

Brady Welch, a founding partner at Slate, attributes the firm’s latest fundraising success to the proven resiliency of grocers – particularly the leading chains in Germany – as well as his firm’s performance track record. He told PERE the series has been able to deliver cash-on-cash returns in the mid-teens thanks in part to favorable local financing markets in Europe, where many benchmark interest rates are negative. “We’re able to offer strong yields right away with upside on the back end,” he said.

Welch said his firm closed the final commitments for European Real Estate III after the coronavirus pandemic hit the continent, although most of the commitments were already agreed to in principle prior to the outbreak. Still, he said the fact that the commitments did close speaks to investor confidence as well as the continued strong performance of grocery-anchored retail properties. “In Germany, because of our strategy, we’re 90 percent-plus essential, so we pretty much collected all of our rent for April because all of our tenants are still operating,” he said.

Slate has already deployed 36 percent of the fund through six deals. Welch said the firm’s past transactions have ranged from a few million euros to upwards of €100 million for larger portfolios, but the typical deal size for European Real Estate III will be between €10 million and €40 million. The firm has been able to source deals from other closed-end fund managers as well as private landlords, many of whom want out of the retail sector.

Welch said Slate will look to make acquisitions elsewhere in Europe in the wake of the pandemic. “The covid-19 crisis is going to create a lot of dislocation and there will be winners and losers,” he said. “You’ll see the same ripples here in Europe that you’ve seen elsewhere and we think it will create opportunities.”