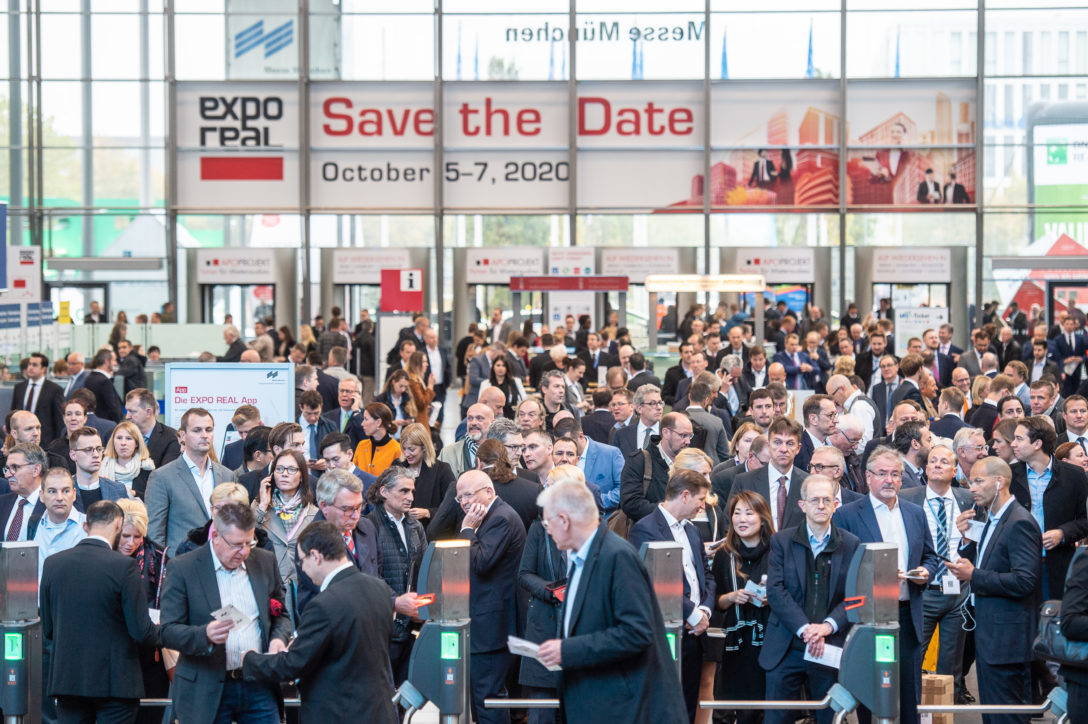 1. Is Germany still Europe’s darling? EXPO Real was unsure. The economy’s resilience is wobbling: a 0.1 percent decline in second quarter growth – which came on the back of slumping exports and services, dragging down annual growth to 0.4 percent – is leaving the country’s institutional landlords with an uneasy feeling. Thankfully, there is no overdevelopment. But yields of 3 percent for prime offices are seeing volumes fall away notably: Real Capital Analytics saw €25.5 billion traded in the country in the first half, down 15 percent on the same period last year.

2. Is Europe seeing an investor-occupier disconnect? The European Central Bank’s decision to resume quantitative easing has convinced many real estate professionals that interest rate hikes are an increasingly remote prospect. In response, yield-hungry investors will continue to pump capital into European real estate. Speaking to PERE’s sister title Real Estate Capital, one lender expressed his unease that record low property yields are the result of a super-charged investment market, rather than an accurate reflection of indicators of underlying tenant demand. Against a flagging eurozone economy and German recession fears, the investment market is in danger of losing its connection to “real life,” he added.

3. Are homes where the hearts are? Of the fund launches, three were targeting the residential sector in Europe or Asia, and at least two included both multifamily residential strategies and student and senior housing. Whether Germany gets to enjoy this affection for multifamily is another matter after Berlin slapped rent caps on the sector. In a potentially precedential deal last month after the caps were imposed, Berlin municipal housing company Gewobag Wohnungsbau Aktiengesellschaft purchased a 6,000-apartment portfolio from private manager ADO Properties for €920 million – believed to be approximately €300 million lower than originally agreed. One manager told PERE it canceled a residential deal in the city in response and was fearing possible regulatory contagion to other German cities.

4. Is the sector declaring ‘open season’? Investor Swiss Life Asset Managers publicly announced the launch of its Swiss Life REF (DE) European Living fund, an open-ended vehicle focusing on residential real estate in European metropolitan areas; and two new theme funds through its UK subsidiary Mayfair Capital: the European Thematic Income & Growth Fund and the Swiss Life London Office Club. Meanwhile, at least three other managers – stories on those to come – were planning to roll out multiple new offerings targeting investments in Europe and Asia, all of which were open-ended. That was music to the ears of one Japanese insurer at EXPO, which told PERE it was hunting for asset class-specific, open-ended funds in the region.

5. Should all retail be tarred with the same brush? Opinions varied as to where to place the next core, value-add and opportunistic euro, with even certain forms of retail across the continent currying favor. One manager shared details of opportunistically buying into a portfolio of Kaufhof department stores as a contrarian play. Of total consensus, however, was that UK retail needs avoiding. The Japanese investor told PERE: “Those Company Voluntary Arrangements – where troubled tenants are allowed to pay lower rents – are a real issue for us; they make the UK pro-tenant, not landlord.” CBRE’s research demonstrated an attitude manifesting with capital values down 1.7 percent last month and down 3.6 percent in the quarter.

6. The market wants to mix it up… so why isn’t it? PERE chaired panels at the conference dedicated to the German and Dutch investment markets at which panelists declared their expectations that mixed-use properties would be the ideal format for capturing the occupier live-work-play demands of tomorrow. But when questioned why neither equity providers were raising capital specifically for mixed-use property, nor lenders dedicating loan books to it, faces went blank. Underwriting a fusion of uses to a standardized metric will be challenging for sure, but also undoubtedly an opportunity for a first-mover.