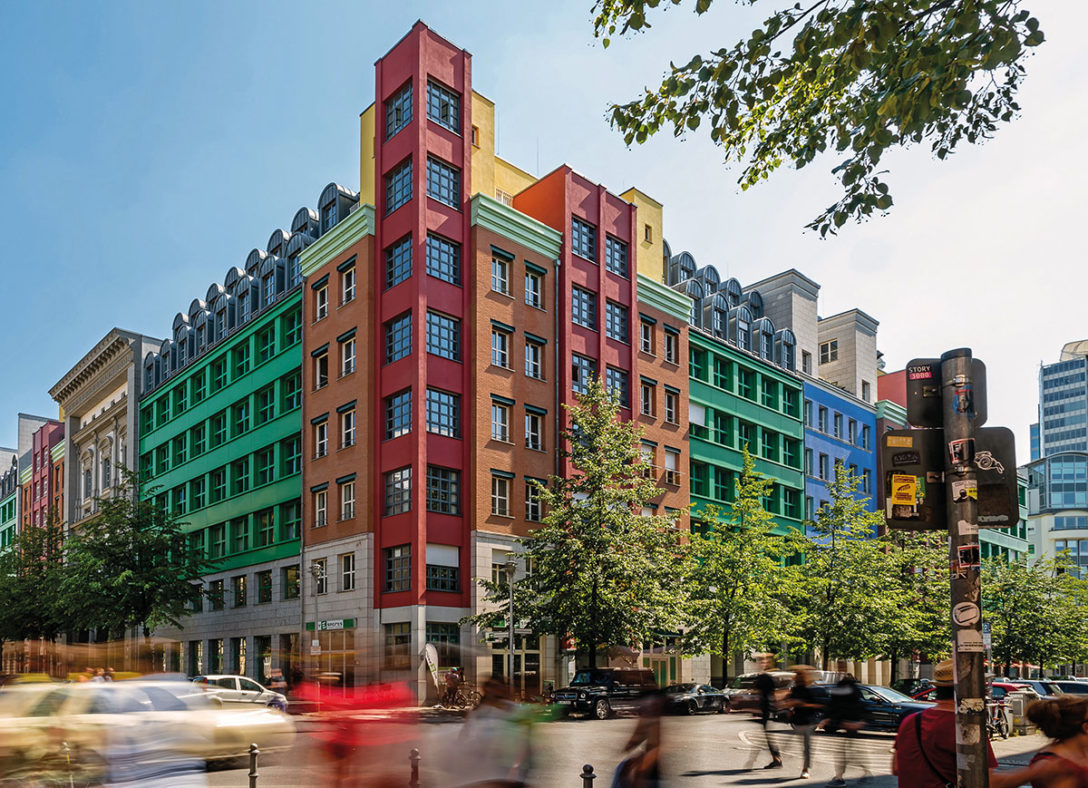 If the distinctive multi-colored walls of Berlin’s Quartier Schützenstrasse could talk, they would probably be uttering words of anticipation in Henderson Park’s commitment to Germany.

At the end of April, and against the uncertain backdrop of covid-induced lockdowns across Europe, the London-based manager acquired four grade A office properties in the Schützenquartier office and retail complex in the city’s central Mitte district. The transaction marks Henderson Park’s fourth deal in Germany in the past 12 months, bringing its portfolio in the country to more than €500 million.

With finance from French bank Natixis, Henderson Park bought the site from Caleus Capital for just less than €195 million, €100 million more than the local manager had paid it for the assets at the end of 2018.

The Schützenquartier is rich in history and considered one of the German capital’s most important post-reunification developments. Built in 1998 on land formerly occupied by the Berlin Wall, the building is near the historic Checkpoint Charlie and Gendarmenmarkt square landmarks. It was created by Italian architect Aldo Rossi, who also designed the Walt Disney complex in Orlando, Florida and the San Cataldo Cemetery in Modena.

The seven-story Schützenquartier complex comprises 12 buildings. Each of the properties purchased by Henderson Park is accessed independently. The four assets together comprise 218,905 square feet of predominantly office space along with ground-level retail.

The main tenant is BImA, Germany’s federal real estate service provider, which occupies a third of the office space after signing a 10-year lease in July 2019. The assets were acquired 27 percent vacant and Henderson Park is understood to be in advanced talks with two potential occupiers to lease most of the remaining available office space.

The manager intends to invest in consolidating parts of the offices upon their upcoming lease expiries, with a view to reletting larger, refurbished premises to institutional tenants on longer-term bases.

The manager also plans to upgrade the appearance of the building by refurbishing lobbies and landscaping, among other measures. Preliminary discussions have been held with interested retailers for food and beverages and convenience shops.

Once these upgrades have been completed, the Schützenstrasse’s walls might speak with gratitude about a manager that has taken such an interest in investing in the city.