This article is sponsored by Sanne

The tide of regulation overwhelming the European private funds industry shows no sign of abating. This year has already seen the introduction of the Sustainable Finance Disclosure Regulation and further cross-border fund marketing regulations will come into force later in 2021. Jason Bingham, chief strategy officer at fund administrator Sanne, tells PERE’s Stuart Watson that mounting red tape could have negative impacts for the competitiveness of EU domiciles, and provide assistance to its competitors.

What are the high-level trends underlying fund domiciliation choices in Europe?

The purpose of a private equity fund is to capture capital from international financial institutions and to funnel it through a legal framework, which is usually located in a tax safe jurisdiction. It’s a conduit for capital to flow through to the underlying assets and for investors to extract returns.

The funds which represent the best value for money for investors and managers are those built on that very simple model. Historically, that is exactly what super-efficient jurisdictions like Cayman were so effective at achieving.

After the financial crisis, the flow of capital became increasingly politicized as the EU sought to divert it to onshore European domiciles to stimulate the European finance industry. What also happened, unfortunately, is that funds began to be layered with greater complexity. This started with the Alternative Investment Fund Managers Directive (AIFMD) which, along with MiFID, acts as a foundation for the whole European rulebook.

Consequently, Europe is moving ever further away from the more straightforward Cayman model, in which a few financial institutions invest on a co-investment basis, and has begun to construe funds as mini-businesses that must operate in accordance with prescriptive rules. The European rulebook confuses wealth management products sold to the public with the institutional co-investment seen in the private equity industry and, as a result, becomes impossibly ambiguous to interpret. This is particularly clear in respect of ‘marketing.’

Marketing is defined in terms of a common product offering. In a private equity context though, there is no marketing in this sense. Institutional counterparties enter into an investment partnership with sponsors to acquire assets together. Participation in the co-ownership scheme is negotiated by intermediaries over an extended period and is often on a bespoke basis.

The failure of the marketing rules to reflect this reality has resulted in a spectrum of elaborate interpretations that are included in various distribution manuals that seem to raise more questions than answers. Rules intended to simplify the fundraising process have actually resulted in unnecessary complication that serves no real benefit for institutional investors.

What will be the consequences of the increasing complexity of European fund structuring?

By distorting the financial services regime, the EU has built up a very expensive fund regulation framework. All a private equity fund does is channel capital. Everything is managed beneath the fund, so what’s really being regulated? We have depositories overseeing assets that are already subject to audit controls, AIFMs signing-off on sporadic, illiquid investments where no routine management is undertaken and administrators calculating NAVs that do not exist. The cost to pension funds and ordinary savers are hard to justify.

These costs have been sustained through incentives given to European investors to invest through ‘onshore’ funds. This may have been sustainable previously, because, before the UK left the EU, Europe’s weighting in the international investment universe meant that any manager operating on a global scale would inevitably have a sizeable number of European investors in their funds.

If a manager was raising a fund with a significant weighting toward a European capital, they would have to bear the cost of doing business under the AIFMD. Following Brexit, however, the EU’s gravitational pull has diminished, and as the EU rulebook grows, an inflection point may soon be reached at which managers and investors will rethink how funds should be structured to deliver value for investors.

Today, perhaps only 15 percent of the global investment universe is truly European, by which we largely mean German, Nordic and Dutch investors, because much of the French, Spanish and Italian money tends to be more insular. Even in a European context, the proportion of European capital in a fund will commonly only be 30 to 50 percent. Consequently, managers may be tempted to set up their main fund in the most efficient and flexible jurisdiction available, then bolt on an expensive side-pocket in Europe, the cost burden of which can be borne by the European investors in the fund.

Since 2017 and 2018, we’ve seen a growing interest in parallel funds. If a US fund is being set up, it will naturally be domiciled there, with the costs of doing business often representing a fraction of those in Europe. Then, if a couple of large Dutch pension funds are putting in a big-ticket amount, a small AIFMD-compliant side-pocket is created and they come in through that. The more commoditized this is, the better.

One of the indicators demonstrating that the inflection point has been reached is the upward price pressure in the funds industry in Luxembourg. It’s become hugely successful as a domicile, but it’s now becoming very difficult for managers and investors to get the level of service they want because of a lack of capacity. This is exacerbated by pressure to undertake more and more functions locally.

How does the changing domiciliation landscape represent an opportunity for
the UK?

The UK government is undertaking a review of its post-Brexit fund structures. If it is to create a competitive regime that stands alone outside the subsidies provided by the European regulatory environment, and in which products will no longer have marketing rights across Europe following the loss of the AIFMD marketing ‘passport,’ then it has to compete by subtracting cost elsewhere.

The UK Treasury has always understood that the one-size-fits-all regime of the AIFMD is inappropriate and that the rules confuse classic pooled investment products with institutional co-investment partnerships. Sanne’s UK office has made submissions to the UK Treasury, arguing that it is impossible to correctly apply the AIFMD, as written, to limited partnerships because there’s no marketing, capital is neither raised nor pooled through a common offering of securities and capital is not actively managed. Something got lost in translation early on when the hedge fund directive was extended to cover all ‘alternative investment funds.’ Unfortunately, the meaning of the term ‘fund’ was never clearly defined.

We’re suggesting that, after Brexit, the UK should move away from prescriptive rules where business depends on a capricious licensing regime and restore a common law approach to private equity fund structuring. Counterparts should decide for themselves whether a limited partnership should be considered as an AIF, because if you take limited partnerships back outside the AIFMD, then you can manage them in the UK with the same cost profile as the US or Cayman, while the manager would still be regulated.

That change would cause the cost of running private equity funds, and the complexity involved in setting them up, to significantly decrease. It would be great for investment, great for financial institutions and would make the UK a great place to do business. Simplicity is the key.

In that context, what factors should managers selecting a fund domicile consider?

A good manager cares about the pennies as well as the pounds. They’ll always ensure that a private equity fund has an appropriate price mechanism, and that it’s run on a tight and efficient basis without unnecessary processes.

If you’re looking at raising a fund beneath the €500 million AUM threshold at which AIFMD applies, Luxembourg is an amazing environment because you can tick the EU box and avoid the AIFMD and all its associated costs. The Channel Islands also offer great products at that level of AUM. However, increasingly €500 million is not enough, and once you get over that threshold, then you would look at your investor profile and think how to best preserve simplicity and efficiency.

If the majority of investors are non-European, then an EU AIF is hard to justify against traditional domiciles when European investors can be so easily accommodated through a parallel vehicle, if they need this at all. Big onshore AIFs in the EU only make commercial sense where this is not the case or there are one or two big cornerstone investors that insist on an EU AIF for political reasons.

How will these fund domiciliation trends play out in the future?

As fund operational specialists, we see that the best-performing funds are simple funds. For us, the biggest concern with Brexit is that it will drive further politicization of EU regulation. The confusion of product marketing and fundraising is just one example of the muddled operating environment that already exists there for onshore as well as offshore managers.

Our fear is that the rulemaking is accelerating, with jurisdictions rushing out more rules to ensure there is appropriate substance. Those pages of regulation cost money. The market is always changing, and the EU should be mindful of the cost and complexity inflection point, which will end up driving business elsewhere. Lots of investment has gone into making Luxembourg a fantastic domicile with great infrastructure, and we don’t want to see Europe killing its golden goose by making it too cumbersome to do business there. Assuming that Europe continues to adopt a political approach, I predict we’ll see growth slowing and even reversing because it will become less competitive.

Meanwhile, if the UK is genuinely serious about being successful in alternative funds, it needs to step back and understand the different uses of the term ‘fund.’ This can have a narrow legal definition or a broad commercial one depending on the context, and preserving European one-size-fits-all rules is a mistake. Outside the EU, Britain must be internationally competitive, and the benchmark for international competition is the US model.

This recognizes the difference between commercial arrangements and financial products enabling industries with little in common to diverge and develop properly tailored products. The US, not the EU, has set the benchmark for private equity funds that the UK must match, but it’s unclear whether the UK Treasury will take the necessary steps.

There are too many proponents of complexity trying to limit reform and there are others pushing for the Treasury to maintain alignment with Europe in the hope of future benefits. It’s very much a make-or-break decision for the UK private funds industry.

Fund structuring, wherever it’s done, should be scientific and carried out in the interests of investors, not politics. Authorities fighting over whether funds will be domiciled in their jurisdiction increases cost and disrupts the efficient flow of capital, which harms investment and ultimately the economy. Robustness, efficiency and transparency are all moral imperatives for the fiduciary industry. 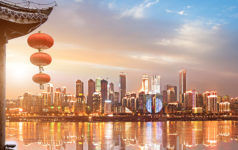 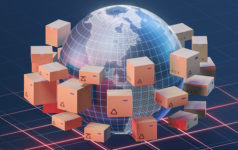 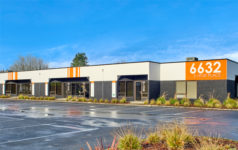