When nine tenants of Stuyvesant Town and Peter Cooper Village filed a lawsuit against their landlord claiming they were improperly converting rent-stabilised properties, the owners warned there would be “dire financial consequences” if the court sided with the plaintiffs.

Now, 24 hours after New York’s highest court found that Tishman Speyer and BlackRock Realty Advisors, and the residential complex’s previous owner MetLife, had actually been wrongly converting rent-stabilised properties into luxury, market-rate apartments while at the same time receiving certain city tax credits, the implications of the ruling are expected to be immense.

As one dissenting judge said in the verdict: “While it is true that dire predictions often prove to be mistaken, this is not always the case just because it usually is. After all, the Trojans would have done well to heed Cassandra. And you do not have to be gifted with her powers of prophecy to foresee significant, if not severe, dislocations in the New York City residential real estate industry as a result of [this] decision.”

The idea was that as rent-stabilised tenants vacated properties, the units could be re-leased at much higher market rents. When the Stuyvesant Town deal closed in 2006 with a staggering $5.4 billion price tag, average rents at the 11,227-unit complex were $1,721 a month taking account of both regulated and non-regulated rents.

However, the average asking rent in the surrounding area at the time was $3,383, according to real estate research firm Reis.

That same year, Rockpoint Group and Stellar Management also bought the 1,230-unit Riverton apartment in Harlem for $130 million, later refinancing the deal and taking out a $225 million loan. Around 90 percent of the units were rent-stabilised at the time of the transaction in 2006, with plans to convert roughly half to market rates. That deal has since been foreclosed on, and, according to CMBS data provider Trepp, has undergone an appraisal reduction of $122 million.

And it is appraisal values that could be one of the major consequences of yesterday’s ruling. There is already market speculation that Tishman’s Stuy Town deal, as it’s known, has already lost $3 billion in value following the real estate market slump and the owner’s inability to convert rent-stabilised units quickly enough. Yesterday’s decision will add pressure to those declining values and income, and not just for Tishman.

The problem is that the ruling doesn’t provide a definitive answer as to what happens next and who is on the hook for all this? Will Tishman, BlackRock and MetLife be forced to pay back $200 million in back rent to tenants? Will it only apply going forward? Will the owners be liable for hundreds of millions of dollars in damages? And will it be applied more widely to other landlords in New York City?

The ruling relates directly to landlords that deregulated while at the same time collecting a tax credit that encouraged capital improvements.

However, it strikes at the heart of the business model adopted by Tishman, and the likes of Rockpoint. A research note by Citi in August 2008, showed more than 20 CMBS loans with the same rent-stabilised conversion business model could be candidates for surprise default based upon their underwriting and financial performance.

In all likelihood, this issue will be tied up in legal red tape for months, if not years to come. It is now the job of a lower New York court to work through the fine details of damages, and we can no doubt expect appeals along the way.

What is certain is things haven’t become any more clearer since yesterday morning. As the dissenting judge concluded: “Thirty-five years ago [the courts] described the rent laws as ‘an impenetrable thicket, confusing not only to laymen but to lawyers’. The thicket has only grown denser since then.” 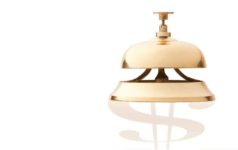