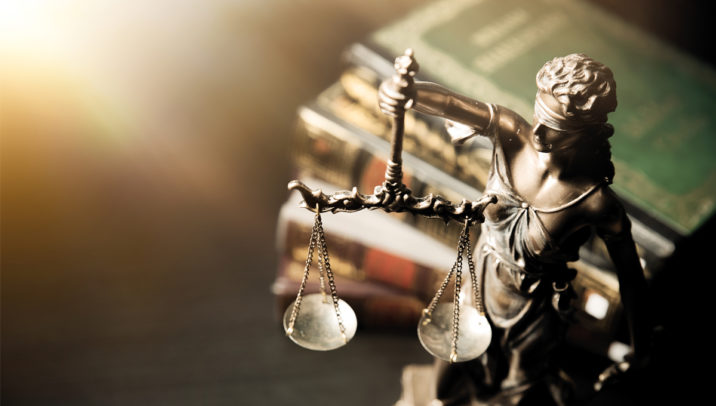 The global regulatory landscape rarely stands still. But over the past couple of years, private real estate fund managers have been at the receiving end of some of the biggest changes to how funds are governed and regulated.

Whether in response to perceived gaps in existing legislation that leave the market vulnerable to poor behavior, or in an effort to set and maintain standards for private market funds that make ESG commitments, regulators are demonstrating they are increasingly willing to adopt a more interventionist approach.

Looking across the industry, Edward Tran, partner at law firm Katten Muchin Rosenman UK, says that, globally, disclosure requirements have been “a big theme,” and that this is particularly the case in the US, UK and EU.

While broader regulatory trends and themes are playing out internationally, at the regional level there is some notable divergence.

The jurisdiction that appears to be subject to the biggest shake-up is the US, driven largely by a change at the top. In 2021, Gary Gensler succeeded Jay Clayton as chair of the Securities and Exchange Commission, having been nominated by President Joe Biden.

Now, one year into his five-year term, Gensler has already overseen some significant regulatory changes that point to wider reform of governance of the private funds market in the US. Robert Sutton, partner and member of the private funds group at Proskauer, says that even before the current administration under Gensler there had been a notable shift “toward a heavier handed, or more prescriptive, regulatory approach to private funds in general,” including real estate funds.

“One of the first signs we saw of this were the amendments to the Advertising Rule, now renamed the Marketing Rule, which applies to all marketing by investment advisers up and down the spectrum; private fund managers get picked up in that as well,” says Sutton.

“For many decades, it’s been the approach of the SEC to treat regulation of investment advisers to private funds – meaning funds that are offered to, generally, either very wealthy individuals, high-net-worth individuals, on up through to institutions – as requiring less in the way of a prescriptive framework, and more of an emphasis on fulsome disclosures.”

Sutton contrasts this to the US retail market, which operates under “very tight restrictions on exactly what can and can’t be said in marketing materials… and on ongoing reporting of expenses born by investors in these funds.” These “very granular, specific requirements” have been designed to “set a very firm minimum floor for retail investors,” he adds.

From disclosure to detail

So, what has changed to warrant the SEC’s decision to bring the private funds market in line with those funds marketed at retail investors? Sutton suggests many of the enforcement actions brought against private fund managers since 2012 were based on the SEC’s view that certain conduct by the fund managers had not been properly understood by investors when they committed to investing in the fund.

He cites as an example “where the SEC had asserted that certain expenses were improperly billed to private funds, or that the managers had not correctly allocated or not properly tracked expenses to ensure the correct amounts were getting allocated to the correct fund vehicles.” He believes this fed into “a growing sense of frustration” in the SEC that these types of incidents were happening regularly and repeatedly.

“That, I think, is what has motivated what we’ve seen in the amendments to the Marketing Rule at the end of the Clayton administration,” adds Sutton. “And this comes through particularly clearly in the proposed Private Fund Adviser Rules, which is what has made the biggest splash recently.”

Sutton points to one sentence in the SEC’s Proposing Release for this new set of proposals that “seems to encapsulate this sentiment” and signals its main reason for the change of course. The SEC states: “We have observed certain industry practices over the past decade that have persisted despite our enforcement actions and that disclosure alone will not adequately address.”

However, the private funds market in the US is also having to contend with several other new requirements that are likely to add to its growing administrative and cost burden.

On top of incoming proposals around shareholder reporting, which Sutton acknowledges might have less of an impact on the private real estate part of the market and more so on other public markets-focused strategies, there are also new proposed rules around cybersecurity policies and procedures for all registered advisers.

“Again, the SEC is of the view that the minimum standards of behavior in the cybersecurity area are leaving too many holes and gaps,” he explains.

Whether such wide-ranging reforms will be detrimental to the private funds market in the long term remains to be seen. But Sutton notes: “All of these requirements taken together are just going to add a huge amount of administrative burden and strain, and financial cost on advisers.”

The US market is not alone, though. Looking ahead at the next decade, including the SEC’s initiatives in respect of fund managers, Tran says that, broadly speaking, globally there will be “more of a push toward enhanced regulation across the board to deal with shortcomings.

“That is thought to be a good thing because it will, the argument goes, protect investors. Of course, investors will be paying for it, and they’ll be wondering, ‘Am I getting good value for money here?’”

Across the pond in Europe, regulation remains disclosure based. The EU’s Sustainable Finance Disclosure Regulation (SFDR), which came into force in March 2021, is one such example. It has been designed to provide transparency around the sustainability claims made by fund managers, with funds that come under SFDR classified as either Article 8 or Article 9, or ‘Other’ if they do not fall under either definition. Any firm that markets funds in Europe must comply.

Steven Cowins, partner at law firm Greenberg Traurig and co-chair of its global real estate funds practice, says Europe has “always been ahead of other areas … in terms of ESG” compared with the rest of the world. “In the private fund market, a lot is driven by the ultimate investors, many of whom have made significant corporate pledges – net-zero carbon being a key one. Fund managers are adapting quickly to launch products to meet those ESG requirements.

“The industry is still trying to work out exactly what compliance with the SFDR will entail.”

At the start of 2022, following implementation of SFDR, the EU introduced more detailed reporting rules: the EU Taxonomy. The EU defines the latest requirements as a “classification system, establishing a list of environmentally sustainable economic activities,” designed to “create security for investors, [and] protect private investors from greenwashing.”

Cowins adds that the industry is “very cognizant” of greenwashing and is committing to one of those SFDR classifications, even though “launching those types of products means venturing into slightly unchartered waters”.

The EU’s SFDR has established a baseline for sustainability reporting that many fund firms are choosing to comply with even if they do not fall directly under its scope, particularly given that the UK is still consulting on its own version.

As Cowins notes: “When we’re setting up a fund in Jersey, where EU legislation does not apply, they typically are committing to being a compliant SFDR fund. They’re almost opting in because it’s in line with market demand.”

“All of these requirements taken together are just going to add a huge amount of administrative burden and strain, and financial cost on advisers”

Following the UK’s departure from the EU, its regulator, the Financial Conduct Authority (FCA), is consulting on its own version of SFDR. It published a discussion paper on the Sustainability Disclosure Requirements (SDR) in November 2021, with the deadline for comments in January this year. The paper sets out the FCA’s “potential approach” to a sustainable product classification and labelling system, in which it states it is “important to explore how products already classified under SFDR can map against the UK framework.”

Tran says that post-Brexit – under a “lighter touch, new global Britain” – the UK may not adopt the EU’s approach in its entirety, “but we’ll probably see some sort of regulatory framework which aligns with the EU. Although the UK will likely want to have a somewhat lighter touch regime than the Europeans, it will not want to seem completely out of step.”

Cowins agrees there will be some crossover between SFDR and the UK’s SDR to ensure there is clarity for investors. “That’s what the whole taxonomy is there to do, to allow investors to compare apples with apples, to hopefully mitigate risk of greenwashing,” he says.

Where the UK is set to differ is in its labelling of ESG funds, proposing three separate labels for sustainable funds: ‘Transitioning,’ ‘Aligned’ and ‘Impact.’ Of these suggested categories, Cowins adds: “If the UK takes a slightly more nuanced approach it will still allow comparisons between the EU and the UK, but I think it will allow a greater degree of specificity about what a fund is actually doing, because there is still plenty of bandwidth for which funds can fit into an Article 8-compliant fund.”

In Asia-Pacific, prolonged covid-related lockdowns in countries including China and Japan have finally lifted. As such, the real estate private funds market is preparing for investment and transaction volumes to bounce back.

In its outlook for the Asia-Pacific real estate investments market this year, Colliers’ head of global capital markets, Tony Horrell, warns that “investors face an increasingly complex and competitive marketplace.” However, in its outlook, the investment manager states: “ESG has also become a strong focus in APAC, as it will soon be a priority in the office sector as government and corporate tenants pressure owners to get their ratings up.”

Tran says that “it’s too easy, in my view, to say, [the US and Europe] are ahead, [Asia] is behind” when it comes to regulating ESG investments in the real estate space. He adds: “[Asia-Pacific countries/regulators] will view their role in relation to ESG as much more of a domestic one. If the Hong Kong Monetary Authority, or GIC [in Singapore], or a Chinese investor wants to do something about ESG, they will be thinking, ‘What do we do about ESG in our own backyard?’”

Tran adds that while APAC investors could be thinking about ESG regulation “in more expansive ways,” it is also “not where their mindset is at this point.”

So, can the real estate private funds market expect to see more regulation across the board or less in the future? Tran’s final words reflect what seems to be the general view: “Unfortunately, that’s a ratchet that only turns one way.”