It was inevitable that scrutiny of private real estate’s current headwinds would gather momentum when something happened at Blackstone, the sector’s current heavyweight champion.

Last Thursday the firm said its biggest property fund, the $69 billion Blackstone Real Estate Investment Trust, was closed to redemptions after exceeding its 2 percent net asset value cap for October and receiving further requests exceeding the monthly cap for November. The New York-based manager triggered a proration mechanism in line with its 5 percent quarterly limit to prevent a fire sale.

The smaller but still sizeable Starwood Real Estate Income Trust also gated investors and drew attention for it. Starwood took action after its vehicle, which has $14.6 billion of assets, received redemption requests reaching 3.2 percent of assets in November. Expect other private REITs to do likewise.

The actions amplified concerns about Blackstone, Starwood and others being exposed to adverse market conditions, particularly challenges associated with refinancing, as well as questions about how they would perform going forward. Both Blackstone’s and Starwood’s founders have responded to that focus by highlighting returns to date that have trounced the listed REITs.

Starwood’s Barry Sternlicht also played defense this week. At New York University’s Institute of Real Estate’s Annual Conference on Capital Markets event, he decreed how “the market doesn’t understand where the returns generate from.” SREIT outperformed NAREIT’s index by 31.06 percent thanks to a year-to-date net return of 10.2 percent.

These protestations are not baseless. While there are mounting concerns about an unaccommodating refinancing market in real estate generally, the terms of the debt used for the BREIT and SREIT is important.

Both have credit positions supported by well-negotiated rate caps. Nadeem Meghji, Blackstone’s head of Americas real estate, reportedly described his firm’s cap on a video call with colleagues earlier this week as a “canny interest rate hedge.” Sternlicht told NYU’s conference that SREIT benefits from many 1 percent caps that have ballooned in value as interests have risen.

BREIT and SREIT also benefit from portfolios constructed with secular occupational traits at the core. They are heavy in beds and sheds, the two property sectors with arguably the most visible growth ahead of them.

And as far as the gating goes, we would argue that it is demonstration of private real estate sector’s protective mechanisms doing what they are supposed to do. Once inflation slows and interest rates stabilize, investors seeking a hasty exit today might be relieved they were prevented from getting one.

Consider that, at the start of the pandemic in early 2020, both BREIT and SREIT recorded their worst since-inception performances. They then went on to outperform the NAREIT index by year-end. Going forward, their valuations are certain to be impacted by macroeconomic conditions. But these vehicles have been designed to withstand adverse weather in a way their public peers cannot. As tests go, this one has only just begun. 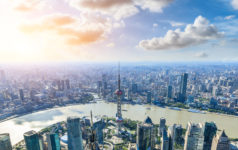 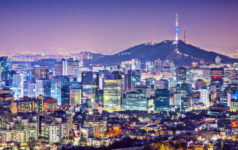