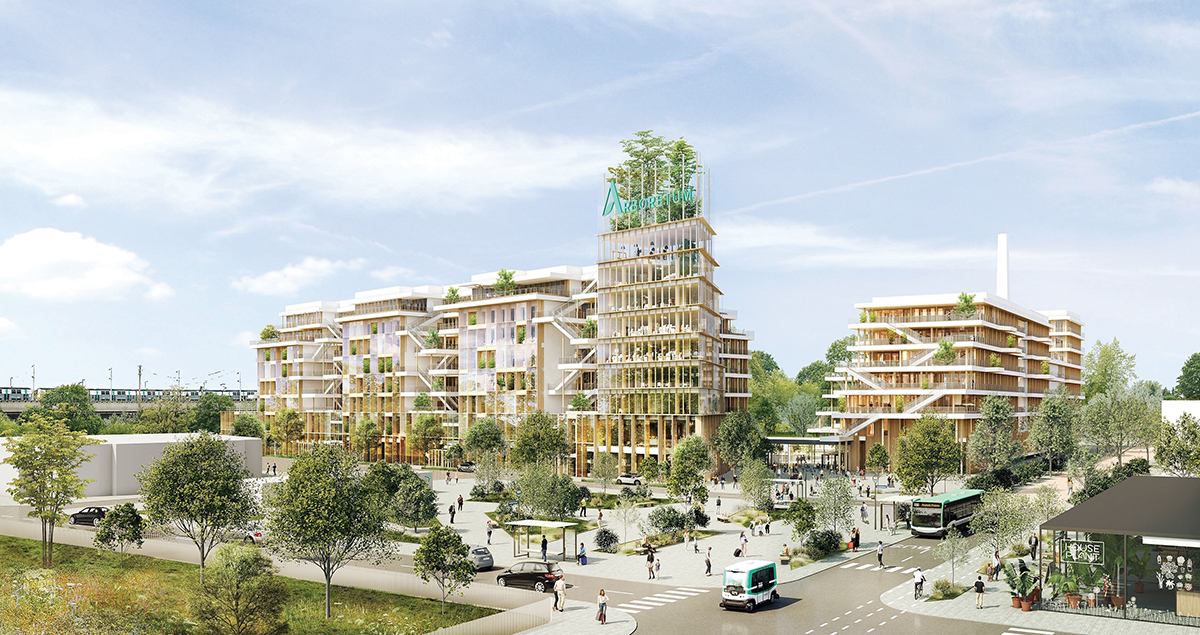 The firm, which he co-founded in 2013, closed ICAWOOD 1 in 2019 on €750 million. With the fund now more than 70 percent committed, ICAMAP is planning to raise €1 billion for a successor vehicle and is already in discussions with prospective institutional investors about commitments.

The original fund had a primary focus on office developments in and around Paris, including Arboretum, an approximately 1.35 million-square-foot office campus on the outskirts of Paris’ La Defense business hub. When completed early next year, Arboretum is expected to be the biggest wooden office construction worldwide. The development is one of seven assets owned by ICAWOOD 1.

ICAWOOD 2, however, is expected to be deployed further afield, bringing the same cross-laminated timber construction techniques to other countries and other property sectors. Among the countries expected to feature in the fund’s investment pipeline are the Netherlands, Belgium, Luxembourg, Germany and the UK.

The fund will be closed-ended in structure and carry a value-add risk-and-return remit, even though development is a central tenet for ICAMAP’s investments. In terms of return, assets are expected to generate approximately 15 to 12 percent net.

When closed, it would be the fourth fund to be raised since Poitrinal teamed up to form ICAMAP with former JPMorgan analyst Harm Meijer and ex-Boussard & Gavaudan fund manager Alexandre Aquien in 2013. In total, ICAMAP has raised €1.7 billion since inception from 28 investors, ranging from state-level institutions to family offices. Other funds include ICAMAP 1, a value-add vehicle which attracted €500 million in 2014 for private and listed real estate securities and ICAMAX, an open-ended fund dedicated to listed investments.

But it is the firm’s wood-based development strategy which constitutes Poitrinal’s biggest-conviction bet and is gaining the most traction with investors keen to improve the carbon footprints of their real estate holdings. Indeed, since he left Unibail-Rodamco in 2013 after eight years leading Europe’s biggest listed property company, Poitrinal has become a crusader for the use of more sustainable construction materials and techniques as the sector fights to reduce its CO2 emissions.