PERE
Home Sponsored Pictet on achieving decarbonization, one building at a time
Return to search
Sponsored

This article is sponsored by Pictet Alternative Advisors

A host of real estate investors and platforms have committed to meeting net-zero carbon targets. But is that really the most productive approach for the sector to take? Pictet Alternative Advisors’ global head of real estate and co-chief executive officer, Zsolt Kohalmi, and head of asset management, Partha Sarathy, tell PERE’s Stuart Watson that assessing the energy performance of each existing asset within a portfolio and then taking steps to decarbonize is the key to real estate meeting its climate goals.

Partha Sarathy: The goal to reach net zero involves a 7.5 percent decrease in global emissions across the next decade on an annual basis.  Last year, in spite of the world being brought to a complete halt, emissions only reduced by 6.5 percent. Real estate has a huge role to play because 40 percent of all carbon emissions are from the built environment. Investors know that to make a real dent on decarbonization, the sector’s emissions must be addressed.

Zsolt Kohalmi: Around 80 percent of the buildings expected to be in use in 2050 are already built, and 90 percent of buildings in Europe were built before 1990. Creating shiny new net-zero carbon buildings in Europe or in the US is not solving the problem. Most of the buildings are relatively old and will be with us for years to come. Over the lifespan of a building, which tends to be 80-120 years, 40-45 percent of the emissions happen up front during construction. So, it is clear that our industry has a responsibility, and an opportunity, to make the biggest difference in reducing carbon emissions. If we want to do that, we must take into account embodied carbon, so the smartest thing we can do is refurbish.

Refurbishment addresses the bigger problem because it’s by far the largest set of buildings. Until recently, investors have been scratching their heads over whether doing so will provide sufficient return on investment. Now, however, we’re observing occupiers paying rental premiums for greener buildings, so the return is increasingly provable.

Nonetheless, refurbishment is a tough strategy to implement because for every individual asset you need a different plan. It means investors will have to go back to the sort of genuine value-add investing that has not been necessary for the last decade, when value creation happened without having to touch the buildings in a meaningful way.

Is net zero a sufficiently tangible concept to be useful for investors?

PS: Offsetting is not a bad idea in itself, but it’s not the solution, because the challenge is to reduce energy consumption rather than supplementing it through other means. To do that, you need to track it. That’s somewhat easier to implement in the residential sector because you can go to an energy provider and get a smart meter. But on the commercial property side, tracking consumption is still a big, dark space. Tracking on an annual basis doesn’t solve the problem. You need to understand what consumption looks like on an hourly, daily, weekly basis, because that’s what helps to identify trends.

How do you quantify a building’s energy performance?

PS: At the moment, there’s usually not much evidence about the performance of a building that you can look at when you’re buying it. We hope to be among the first of a generation of owners that will be able to tell the next buyer where we started and where we finished in terms of sustainability.

We’d love to be in a world where we can quickly know the starting point for each asset. But we do not expect to be at that stage for another five years. By then, investors will expect to be given that information before they bid for an asset. Right now, the challenge is to quantify the energy consumption of the asset. The European Green Deal targets a 55 percent reduction in energy consumption by 2030, which for office buildings means achieving an energy consumption of 55 kilowatt hours per square meter per year. To put that in context, most new buildings achieve 100 to 125, and most existing ones are around 150 to 300. The property sector is the biggest electricity consumer globally at 55 percent, according to research.

A big slice of the sector’s global emissions comes from electricity generation; more than two-thirds of the world’s electricity still comes from non-renewable sources. Everybody keeps saying the future is electric. That makes sense, but if you were to replace all the cars parked around an asset with electric cars, that would mean you need a new power line, and getting that is not easy. Several industries need to develop alongside real estate in order for real estate itself to reach net zero.

What is the decarbonization process for existing assets?

PS: A few solar panels are not going to do it, because you have the location, intermittence and storage problem. You need to undertake a detailed energy audit. That entails understanding what energy performance and systems look like for each space within a building. Ventilation systems, fresh air intake systems, lighting and exterior insulation, all need to be assessed. The you consider which items to tackle and what will be the impact, creating a matrix which reveals where the biggest bang for your buck is to be found.

The low hanging fruit are things like getting LEED and BREEAM certification, installing LED lighting, reducing water use through low flow fixtures, and upgrading solar panels. Heat pumps are also a very good solution to implement on most buildings.

The next level involves improving insulation, which is more difficult, because it requires an examination of the fit out package that should be specified for each space within the building to reduce leakage. In some cases, we’re exploring circularity in our energy consumption. For example, we have an asset in Stockholm where we’re trying to capture the heat that’s released as a by-product of energy usage in a data center within the building, and re-circulate it. That reduces cost while also enhancing asset value. In this example, the revenue to net operating income differential is about 45 percent, so we collect 55 percent of that income. Reducing that operational expenditure to 25 percent will give us a 20 percent valuation uplift in this case.

ZK: You have to do 30, 40, 50 different things. If you’re in a windy area, it might be wind turbines. Solar panels will be useful, but their effectiveness depends on how big the roof is and how sunny the climate is. You may or may not be able to switch the power supply to a renewable energy provider. It may be windows that make the biggest difference, or sensors. The asset management plan differs based on usage, location, and a host of other factors. It’s a very artisanal process. 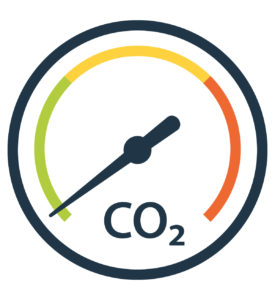 Failing to measure up

The quandary of calculating embodied carbon in demolition and new construction

PS: A major problem with gauging the emissions from new construction is that there’s no reliable method of tracking embodied carbon. If you were to go to a building site and ask the contractor how much embodied carbon they have consumed as of today few would be able to provide an answer. The life cycle cost analysis that we have is largely theoretical. It’s worked out in advance of projects, based on rules of thumb. That muddies the water when you compare the impact of upgrading existing assets with new builds. A number of studies tell us that for a typical residential building, 60 percent of the carbon is embedded in the structure, the envelope and the roof. Therefore, if you can conserve those three elements of the building and refurbish the rest, you’ll save a substantial portion of the carbon.

We need a set of standards and a way to measure carbon in the construction process. That needs to be driven by a top-down regulatory approach, rather than from the bottom up.

ZK: Further, most construction sites don’t measure the percentage of materials recycled after demolition, what percentage is reused and where the rest goes. For such a large industry, some of the basic metrics on what happens during a build or demolition are not available. We require those metrics to be recorded as part of our construction contracts, so that we can compare their performance. That’s not a widespread practice in the industry yet, and it is mighty important because of the large amount of waste we create when demolishing.

Funds managed by Pictet and XLB Property acquired The Tootal Buildings in Manchester as part of a UK office portfolio in December 2020. The investors immediately set about conducting an environmental audit, tracking the performance of the Victorian listed building to determine how efficiently energy was being utilized, discovering that its baseline performance was 192 kilowatt hours per square meter per year. A package of measures are being introduced to reduce that usage by 35 percent, to 125 kWh per square meter per year. A series of health and wellbeing upgrades are also being introduced. All this is in addition to having achieved BREEAM ‘very good’ certification post acquisition of the buildings.

“We’re trying to create the greenest courtyard in the city,” says Sarathy. “That wouldn’t have been done five years ago because it’s not providing a direct, tangible valuation enhancement. However, we think there is an intangible benefit to occupiers and residents, which we hope will ultimately contribute to a rental premium.” 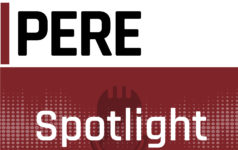 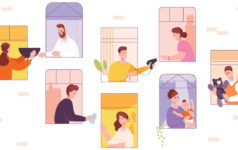 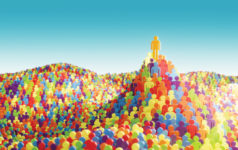