However, the panelists also insisted that the LP-GP relationship over the life of a real estate or private equity fund is much more nuanced than the poll suggests.

In essence, before the fund closes, the LP is indeed in power, Rachel Renucci-Tan, chief executive of TAN-EU Capital, said on the panel. The LP will spend an enormous amount of time and resources on due diligence, to an extent that can be “painful” for the GPs.

“Pre-closing, when the investors are trying to decide whether to invest in your fund, they give you hell – it’s terrible, nightmarish due diligence.”

However, once the LP has committed to the fund, the power balance shifts, Renucci-Tan said. Because the GPs are the ones who need to make the money, the relationship changes to be largely in their favour.

“Once the LPs have trust – once they know you’re doing your job – they’re not going to be in your hair,” she added.

Charles Cosgrove, chairman of the board at ARCH Capital Management, speculates that the extreme due diligence up front may be some LPs reacting to the mismanagement that caused the global financial crisis. He said on the panel that some GPs in Asia exacerbated the crisis problems with their actions even after the fact.

“But in the end, we must endure it with a smile, because it’s really a privilege to manage other people’s money,” Cosgrove said.

Although fund commitments often come with a 100-page legal document detailing exactly what rights LPs can exercise, Renucci-Tan said she has rarely seen these rights enforced, because most LPs realise that interference in a fund can often do more harm than good.

The limited partner panel at the PERE Summit suggested that the real estate LP-GP relationship is quite similar to that of private equity. The primary difference, SC Capital Partners managing director Suchad Chiaranussati said, is LP expectations. Real estate funds will virtually never deliver a 7x return, as some private equity investments, particularly in Asia, have been known to do.

At the same time, the “casualty rate” is much lower in real estate, and significant loss of capital in an investment is less likely in real estate than in private equity, Chiaranussati said on the panel. 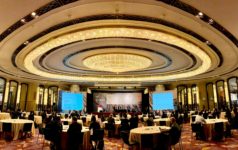