Now, we kick off our countdown with the managers that round out the ranking, from 50-40…

John Kukral-led Northwood raised $310 million for its 2017 US and western Europe-focused opportunistic fund, Northwood Real Estate Partners (Series VIII), just above a $300 million target. After closing the predecessor vehicle in 2016 on $428 million, the Denver-based firm corralled capital from the City of Tallahassee Pension Fund and the National Public Radio Foundation – a longtime LP – for Fund VIII. In the last five years, the fund series hit a capital-raising high with the fourth vehicle, raising over $1 billion for the 2013-vintage fund.

BlackRock saw both major fund closes and leadership changes in 2017. In November, the firm closed its fourth Asia fund on over $500 million, and last spring the firm raised over €700 million for its fourth European fund – its first final close since inheriting the fund series via its acquisition of private equity real estate business MGPA in 2013. In May, Jack Chandler, the man behind BlackRock’s purchase of MGPA, said he would retire as chairman of the real estate business. MGPA co-founder and chief investment officer Simon Treacy also left in January for a job developing property in Hawaii.

Since agreeing to be acquired by Japanese telecoms and internet giant SoftBank Group in early 2017, Fortress has been quiet on the fundraising front. The ranking stalwart saw a 34-spot drop year-on-year, as four funds that closed in 2012 no longer counted as part of the ranking. The firm last corralled $480 million for the FJOF3 Residential Co-Investment Fund in March 2017, targeting opportunistic Japanese residential investments. The raise followed a record $1.3 billion hard-cap raise for the Fortress Japan Opportunity Fund in November 2015.

In September, Matthew Kaplan-run Almanac returned to the fundraising trail, seeking $1.5 billion for Almanac Realty Securities VIII. The series provides growth capital to public and private companies that own and operate real estate primarily in the US. Public investors in Fund VIII last year included the Pennsylvania Public School Employees’ Retirement System, which earmarked $150 million, and the San Joaquin County Employees’ Retirement Association, which committed $30 million. The firm closed the predecessor vehicle on $1.4 billion in 2015 against a $1 billion target.

Last year, GTIS inked its first programmatic JV with an institutional investor, expanding beyond its traditional menu of discretionary funds and co-investment vehicles. The California State Teachers’ Retirement System committed $204 million to invest in homebuilding and residential lot development across the US. Outside of that JV, GTIS last closed a commingled fund in December 2016, corralling $680 million for its third Brazilian vehicle. Investors included PGGM and APG, with each earmarking about $250 million.

Patrizia jumped nearly 20 spots and became a European heavyweight last year through fundraising and the addition of other European managers. In 2017, the real estate investment manager, led by Wolfgang Egger, bought Rockspring Property Investment Managers and TRIUVA, a Germany-based integrated investment platform, in two separate deals adding €17.5 billion of assets under management across Europe. The acquisition doubled Patrizia’s AUM from the start of 2017 to €40 billion. Having added Rockspring’s more geographically diverse investor base, expect the firm to keep climbing the PERE 50.

A $1.5 billion interim close for PAG’s latest Asia opportunistic fund shot the firm onto the PERE 50 ranking last year, and the vehicle’s final close in September cemented its status for another 12 months. The firm raised $1.9 billion for Secured Capital Real Estate Partners VI, well above its $1.5 billion target. Investors in the fund, focused on distressed debt and off-market commercial real estate opportunities in Asia-Pacific, included the Canada Pension Plan Investment Board, which allocated $375 million.

DivcoWest wrapped up fundraising in September for its latest value-added vehicle, DivcoWest Fund V, which brought in $1.58 billion against a $1.5 billion target. Like its predecessor, which closed in 2014 on $976 million, the firm is investing Fund V in office and research and development properties in US growth markets. Repeat investors in Funds IV and V included California State Teachers’ Retirement System, Massachusetts Pension Reserves Investment Management Board and Oregon State Treasury.
40- Aermont Capital

Aermont, led by Leon Bressler, saw a relatively quiet year of fundraising, adding about $580 million year-on-year. Its last fund, PW Real Estate Fund III, closed in March 2016 on €1.5 billion against a €1.25 billion target. Despite the name, the fund was Aermont’s first since it spun out of Perella Weinberg Partners. Some of its largest public investors were the New Jersey Division of Investment, which allocated $100 million and the New Mexico Public Employees Retirement Association, which committed $70 million. 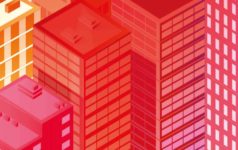 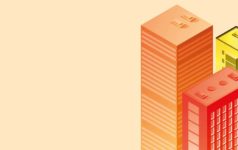 The PERE 100 grows from the middle out