While this cohort of managers transacted a similar amount the previous year, their net investment has almost halved over the course of the year as they sold $14 billion more in 2019 than during 2018.

The next largest country by headquarters, Canada, accounted for just 5 percent of the transaction activity – only three from Canada made the top 100, with Brookfield the most dominant of this sub-group.According to Real Capital Analytics, the top 10 managers accounted for almost 50 percent of the ranking’s acquisition activity. There was less dominance within the dispositions, with the top 25 managers needing to be aggregated before reaching the same 50 percent level.
While US-headquartered managers accounted for 74 percent of the ranking’s activity, their capital is raised globally.

The US was the top destination for new acquisitions, with this cohort spending $100 billion stateside during 2019. Europe’s largest economies – Germany, the UK and France – accounted for $40 billion of buying activity and $34 billion of sales. In total, the PERE 100 were active buyers in 41 countries while selling in 33.

One of the largest net sellers in the list was logistics manager GLP. However, this reflects the sale of its US platform to Blackstone for more than $18 billion. Having lost it to Brookfield in 2018, this deal helped Blackstone regain its position as the number one buyer of commercial real estate in the period. Brookfield ranked second, with Gaw Capital Partners in third position.

The 2020 global pandemic that has seen covid-19 take such a horrific human and economic toll has also had an impact on this cohort’s 2020 activities. Through the end of Q1 2020, the group was ahead of its Q1 2019 acquisition activity by almost $4 billion. However, for April, the PERE 100 only spent $3 billion, compared with $12 billion in 2019.
Provisional data indicates May will be notably slower still. With this group’s activities being skewed towards cross-border investments, travel restrictions will likely impact their ability to place their raised capital through the end of 2020. 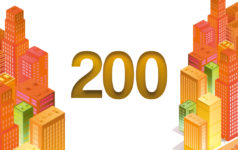 Private real estate has evolved, but not as much as you might think 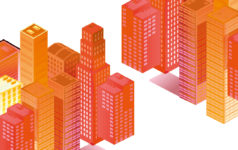