This article is sponsored by PATRIZIA

There have been reams of column inches detailing the challenging market environment and what investors should and should not do as equities and bonds plummet in tandem, currencies swing to exchange rates not seen in decades and inflation tops the charts.

It is safe to say that this is a challenging time for real estate investors. However, not every corner of the market is under stress. And it may surprise investors that there is safety to be found in Berlin, London, Paris and the other cities that make up urban Europe.

However, investors looking to invest in Europe need to proceed with caution, as the investment characteristics of European cities can be as different as their cultures and not all markets will thrive.

It is therefore critical to understand the fundamental market differences between regions and cities, analyze the quality of life in the cities in which you wish to invest, and research a city’s potential for future growth if you are to capitalize on the investment opportunity.

From the start of the year until September 22, the MSCI World Gross Total Return index has fallen 5.9 percent, while the Bloomberg Global Aggregate Corporate Bond Hedge GBP has fallen 15.3 percent, according to data from FE fundinfo.

However, recent history has proven, yet again, how resilient the residential sector can be. For instance, European residential markets saw an extraordinary rebound from the upheaval and market distress caused by the covid-19 pandemic, marking an average total return of 12 percent in 2021. This came despite the fact the economic recovery only started in the second half of that year.

The main driver of this was capital growth, which increased by nearly 10 percent. Thanks to all this, the income return for the year remained stable at around 2.3 percent. This stability sometimes overshadows the impressive growth performance of the sector’s net operating income per square meter. The NOI per square meter for European residential grew by 5.2 percent in 2021 and easily outperformed other sectors such as offices and retail.

One reason for the continued strength of European housing markets during the pandemic is urbanization and the imbalance between supply and demand within cities. This dynamic prevails and is a crucial driver of returns despite the current bleak backdrop.

However, as we all know, Europe is far from uniform in many aspects, and its residential investment opportunities are no different. For instance, while supply and demand dynamics are challenged across the continent, drilling down into individual countries reveals stark differences.

Research from PATRIZIA based on Oxford Economics and Euroconstruct shows that Denmark and Sweden had the highest average household growth rates over the past five years. While supply is still not matching demand, they are doing significantly better than Poland, which sits at the other end of the spectrum. Poland saw almost no construction over the past five years and negative household growth.

However, even if a city is growing and supply/demand dynamics look favorable from an investment perspective, investors need to look carefully at the drivers to ensure they invest in the correct type of housing.

In countries like Spain, Germany, Switzerland and the Baltics, multifamily housing is the dominant residential building type. In countries like the UK, Netherlands and Ireland, the share of multifamily housing in big cities is below 20 percent, although the degree of urbanization is at a similar level in the two groups. Therefore, it is essential to be aware of those regional differences when creating investment strategies.

This dynamic has consequences and can limit the availability of specific products in certain regions, so it is critical to be aware of this when creating investment strategies. These are just some examples of how a detailed understanding of a city is critical to ensuring you invest in not only a growing city, but also the growing assets in that city.

Even once market fundamentals are taken into account, there remains the very human element of residential real estate. People must want to live in the city – and a particular corner of that city.

Everyone who has looked to move has a checklist their new home needs to meet. An apartment could be someone’s dream place, but if there is nothing around it or it is in an undesirable area, that is normally enough for them to say no.

This became even more important during the pandemic when lockdowns were introduced, and residents were forced to stay in their immediate neighborhoods. In the aftermath, as people work from home and look for a sense of community, there has been a drive toward living in a well-catered area of a city.

It is therefore critical to look at the quality of life provided by any given city location.

At PATRIZIA, we use 48 indicators to establish a Living Cities Index. This ranks the attractiveness of cities based not only on market fundamentals, but also on attractiveness, connectivity and innovation. This includes the collation of open data, and knowledge from our 200 colleagues on the ground who are specialists in their cities.

Next to the Living Cities Index, PATRIZIA has adapted what Carlos Moreno, a professor at Paris’s Sorbonne, calls the ‘15-minute city.’ He believes most of our daily urban necessities should be within a 15-minute walk or cycle ride.

Using artificial intelligence and a database of over 25 million ‘points of interest,’ PATRIZIA can rank areas based on their surrounding amenities. The tool looks at seven quality groups such as commuting, living and educating and then looks at how well a location could meet the demand for that amenity within a 15-minute radius.

Looking at a city in this way means investors can understand the strengths, risks and potential of a specific city area.

The 15-minute city is just one way that politicians and academics are thinking about the future of what they call the ‘smart city,’ and this concept is critical for investors when it comes to thinking about the investment potential of a city.

There is much discussion on what a smart city is and looks like, with the 15-minute model as one example. However, what is clear is that it is vital for not just finding current investment opportunities, but also for futureproofing portfolios.

Paris offers a valuable guide. In 2022 it overtook London to rank number one on the PATRIZIA Living Cities Index for the first time. This is in part because the latest iteration of the Index takes into account the ‘smartness’ of a city.

Paris has undeniably strong market dynamics, with a projected 6 percent rise in population between 2020 and 2030; 12.2 million people are estimated to be living in the Paris region as a whole, and there is a low old-age dependency ratio. However, on market fundamentals it ranks second.

Location and innovation are where it takes the top spot, and not by accident. In February 2020, Paris mayor Anne Hidalgo made the 15-minute city, or ‘ville du quart d’heure,’ a crucial part of her re-election campaign with the aim to reduce pollution and create socially and economically mixed districts to improve the overall quality of life.

The aim is to better integrate the crowded center – the most densely populated area in Europe – with the surrounding suburbs to create a more livable, sustainable city.

At the heart of this is the creation of Europe’s largest transport project, the Grand Paris Express, which will extend the transit network in the city. This will substantially boost an area where Paris ranks quite low compared to its peers: connectivity. According to the Index, Paris is just 16th, as only 76 percent of Parisians have access to city public transport.

Looking at its strengths, plus the steps taken to tackle its weaknesses and prepare for the future, it is clear that Paris offers a very attractive investment opportunity.

Mahdi Mokrane is head of investment strategy and research, and Marcelo Cajias is head of data intelligence at PATRIZIA 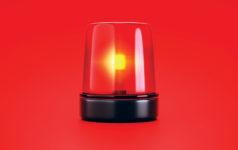 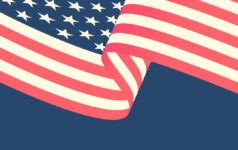 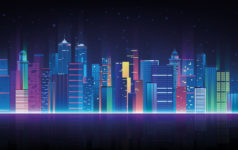