The US opportunity zone program seemed like the golden key to unlock high-net-worth and family office capital, but thus far, fundraising has proved challenging.

Once part of US president Donald Trump’s finance committee during his election campaign and a member of the presidential transition team executive committee, Scaramucci was an early supporter of the opportunity zone program. SkyBridge, which he established in 2005, launched an opportunity zone fund in December, but he told delegates that the firm was behind on its fundraising schedule. This is because high-net-worth individuals and family offices were not enthusiastically committing capital as expected.

SkyBridge expected to raise $3 billion for the opportunity zone fund, according to Scaramucci. This target represents a mere 0.05 percent of as much as $6 trillion estimated to be available for opportunity zone investment. The opportunity zone program, established as part of the Tax Cuts and Jobs Act of 2017, seeks to bring private investments into underserved communities around the US using tax benefits as a financial incentive.

At the conference, Scaramucci said he may have overestimated the size of the market and the amount of capital these tax-paying investors are willing to invest.

“We have raised just over $10 million,” Scaramucci told PERE. “I would have liked to have raised $300 or $400 million by this time. The [lack of clear] regulations has definitely delayed some of it.”

The main culprit behind sluggish opportunity zone fundraising is the lack of clarity around the legislation, Scaramucci said. The IRS and Treasury Department have been slow to roll out regulations, leaving many investors on the sidelines as they wait for more clarity.

That is now beginning to change. This week, the IRS and Treasury Department released a new set of regulations on opportunity zones. Of particular interest to potential investors is the information on how qualified opportunity zone equity stake changes and redemptions will affect the tax benefits. Regulations stated that certain events would result in deferred capital gains that were invested being recognized again.

SkyBridge is among a growing number of asset managers that have launched opportunity zone funds recently. Irvine, California-based real estate firm Avanath Capital Management launched a fund with a $300 million fundraising target in April, while the Los Angeles-based CIM Group is reportedly looking to raise $5 billion for an opportunity zone fund, according to a form D SEC document filed in January. The actual capital raised by these firms has not yet been publicly disclosed.

Apart from regulatory uncertainty, managers betting on an opportunity zone investment strategy might also find it challenging to raise capital from certain types of investors that otherwise do have an interest in real estate investments.

The majority of respondents (61 percent) said they would “maybe” invest in opportunity zones. Survey participants remained hesitant about future commitments as well, with only 12 percent expecting to invest in an opportunity zone fund during 2019.

Family offices value wealth preservation, and many of them would rather wait for further regulatory clarification and for the market to be tested by other investors rather than face the prospect of losses, according to Van Keuren, who was speaking at a PERE roundtable on the growth of private wealth and how family offices view real estate investments.

For family offices that do feel enough conviction to invest in opportunity zones, however, the amount of capital being committed is smaller than the checks that asset managers typically get from pensions and sovereign wealth funds. For instance, just 22 percent of the survey respondents said they expect to invest more than $10 million into opportunity zones.

Van Keuren said capital commitments for opportunity zone funds are much more likely to come from high-net-worth individuals or tax paying institutions like insurance companies and banks, rather than family offices.

Highlights from the new regulation rollout

Reinvestments – Qualified opportunity funds (QOF) can reinvest proceeds from a disposition of a qualified opportunity zone (QOZ) fund property into another QOZ property without penalty if the proceeds are kept as working capital and reinvested within 12 months. However, these regulations do not defer the recognition of income by the fund from the disposition.

1231 property – The only gain from 1231 property that can be deferred is capital gain net income for a tax year.

Timing capital gains – The 180-day countdown to reinvest the gains from 1231 property into a QOF begins on the last day of the tax year.

Testing the fund – A QOF must have 90 percent of its assets in QOZ property on each testing date, which arise every six months. The 90 percent test will not consider investments received during the immediately preceding period if the assets are being held in cash, cash equivalents or debt instruments.

Terminating benefits – Deferred capital gains invested in a QOF will be recognized again upon certain events that reduce or end an investor’s direct or indirect investment in a QOF. These events include the sale or partial sale of a QOF interest, dispositions of stakes in a partnership or S corporation directly invested in a QOF, gifts of QOF interests and redemptions of QOF stock, among others. 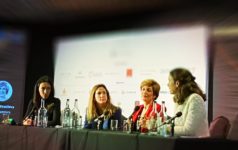