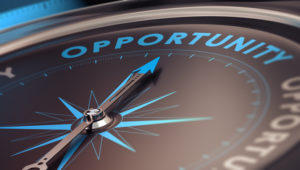 For the value-add or opportunistic real estate manager, these can be exciting times to invest.

As Anuj Mittal, head of Europe real estate at Angelo Gordon, said during the PERE Europe conference in London this week, “I haven’t been this excited since the GFC.” Speaking on a panel featuring higher-risk, higher-return managers, he explained this has been the first time since the global financial crisis that “there’s some very large tectonic plates that are shifting.”

Foremost among those tectonic shifts is the reversal of a decade-long trend of declining interest rates and rising asset prices. Following emergency meetings held this week to tackle soaring inflation, the US Federal Reserve raised interest rates by 0.75 percent, its biggest single increase since 1994, while the Bank of England hiked its base rate to a 13-year high of 1.25 percent. In a presentation at the conference yesterday, CBRE Investment Management chief economist Sabina Reeves expected rates to continue to rise and remain elevated over the next five years.

“One of the things we’re underestimating is how bad this could get and the repercussions of that,” Mittal said. “We don’t want to be honest with how much cap rates can move out, or how much inflation and monetary tightening can increase base rates.”

Against such a nail-biting backdrop, stress and distress is likely to emerge from borrowers that need to refinance over the next 18-24 months but will face significant funding shortfalls. This in turn will create opportunities to invest in higher-quality assets over the next few years, although investing will involve what Mittal calls a bottom-up “Swiss Army knife” approach rather than a top-down thematic approach.

And here lies the age-old dilemma: opportunity needs capital, but capital does not always want to follow the opportunity. This is especially the case now, as questions loom over additional geopolitical conflicts and the impact of public market volatility on the private markets. As Keith Breslauer, managing director and senior partner at Patron Capital Partners, noted on the same panel, “we really are at the nexus between capital and opportunity. And the question is how much of the capital that we manage is interested in the opportunity.”

Indeed, the appetite for investing at the highest end of the risk-return spectrum has waned amid the ongoing and mounting uncertainty of the past two years. Since PERE began tracking fundraising data in 2008, opportunistic has prevailed as the most popular investment strategy every year except two. However, opportunistic fell from the top spot to third during the first quarter, overtaken by both mezzanine/debt and value-add, according to PERE’s Q1 2022 fundraising report.

Managers seeking to raise capital for the oncoming market dislocation will have the difficult task of convincing investors that it is the right time to invest when the proverbial falling knife is still in freefall. Securing investor commitments will require a clearly articulated thesis that demonstrates the manager’s ability to navigate volatile market conditions and to minimize risk while executing on investments with outsized return potential. It will also require a bit of luck and a lot of patience.

The current capital versus opportunity misalignment reminds us of conversations we had with investors a decade on from the GFC. More than a few wished, in retrospect, that they had deployed more capital during the last downturn. It will be up to the managers to persuade them not to have the same regrets this time around.