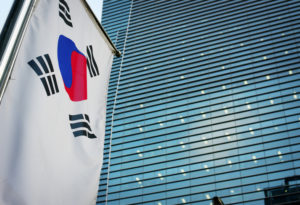 That was the route of his predecessor, Andie Kang, who became co-chief executive officer of manager IGIS Asset Management in 2015. As such, Kim’s lengthy time at the state investor is becoming notable.

Why does he stay? “I ask myself that a lot,” he replies. “It is a tough job when compared to peers on the other side. Here’s my answer: I’m doing something very important for my country and my people. I’m no politician, but I’m doing my part. Someone has to have the responsibility to manage this capital right.”

Kim reflected on his personal beliefs about his role during his first-ever interview since joining NPS in 2015.

Kim has found himself explaining this concept to his two young daughters recently. To help illustrate his reason to them, he says: “When I’m on the subway or we go to the movie theater, I look at people and know I’m managing money for at least 90 percent of them. It’s theirs, so I have to work extra hard. I think I have that in my heart.”

Kim explains that the call to national duty runs in his family. His father was a businessman who received a medal for his contribution to Korean industry development. His grandfather was both a businessman and a politician who also received a medal. “Since I joined NPS, I’ve wanted to follow the family tradition.” Is he an ‘NPS-lifer’? He replies: “I don’t think this is a forever job for me,” but he gives no hint of when he might call time.

It is clear, however, that he believes he will need to hand the reins over to someone else in good time, just as Kang handed over to him. “He started the portfolio very well. I stepped onboard as a relief pitcher. When I came, I had lots of things on my list to accomplish. I’m sure there will be a time for a relief pitcher to relieve me.”

Unlike Kang, however, Kim joined NPS as a seasoned professional already having spent seven years at GE Real Estate before it was sold to Blackstone and Wells Fargo in a deal valued at $23 billion in 2015. By Kang’s reckoning, it was this experience that made Kim a strong choice to succeed him. But it was Kim’s character that confirmed the decision. “He’s a brilliant strategist and implementor,” Kang says. “And he keeps to what he tells his team. That is why the employees at NPS trust and follow him. These things have helped him maintain the leadership at NPS.”

Kang also lauds Kim’s investing acumen: “I was fortunate to make investments at the bottom of the cycle. When I left, it was a more difficult task. Scott’s time has been more challenging. But he’s done a brilliant job in diversifying the portfolio.”

On Kim’s tenure, Kang adds: “He could join any private asset management company in Korea as a senior investor. But he’s sacrificing himself because the role at NPS is really important.

“He will leave his responsibilities to the next leader, I’m sure, of which I can think of at least three or four candidates.”