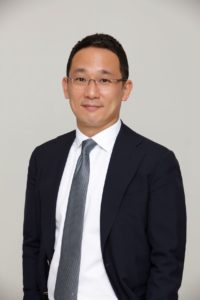 Scott Kim, the man responsible for the real estate strategy of the third biggest state retirement fund in the world, Korea’s National Pension Service, has tendered his resignation.

In a letter to PERE, Kim said he was resigning “to be closer to my family in Singapore.” He joined NPS in 2013 from GE Real Estate and was promoted to the top real estate role after predecessor Andie Kang left two years later.

In the letter he wrote: “Looking back, I realize I have been a very fortunate person to be granted a chance to lead this amazing team at NPS. It was also a great privilege to work closely with the most incredible investment partners around the globe.”

Kim has made a recommendation for his successor to NPS chief investment officer Hyo-Joon Ahn, but the endorsement has not yet been publicly disclosed. Including Kim, the NPS real estate team comprised 33 executives as of July. Among them are North America head Rachel Eun-jung Oh, Europe chief Derek Dong Hyon Choi and Asia boss Byung Hak Han.

Kim’s final day with NPS is expected to be at the end of November. He told PERE he was keen to continue in the real estate sector and would consider roles in Singapore or Seoul, with a particular preference for a role with another institutional investor. “I don’t currently have other plans and have not held interviews with others,” he confirmed.

Kim’s tenure has been the most prolific for NPS’s real estate business. Since he inherited the role from Kang, the business has grown from approximately $11 billion to about $29 billion, placing NPS in 15th place in PERE’s latest annual Global Investor 100 ranking.

He leaves as NPS plans to increase its alternative assets allocation from approximately 11 percent of $750 billion of holdings currently to 15 percent of the total by 2025. NPS currently participates in 48 manager relationships, a number that Kim told PERE was too many in an exclusive interview published in July.

He said then that between 30 and 35 manager relationships would be optimal. He added that there was a plan to reduce the roster as certain tie-ups expire, while committing bigger checks to longstanding relationships.

In the interview, he said: “We plan to make $7 billion to $10 billion in new investments every year, so new GPs with opportunities to begin relationships are always welcomed. However, we are considering the reduction of the existing GP pool by not considering re-ups if the performance is not meeting expectations or the work style, culture, ethics or chemistry do not fit well with NPS.”

Examples of relationships that have expanded under Kim’s tenure include Houston-based developer and manager Hines. In December 2020, NPS committed to a $1.5 billion mandate to source and develop the kinds of assets that would be most attractive to post-covid occupiers. The two organizations have worked together for more than a decade.

Another is with Allianz Real Estate, with which NPS invested on a 50:50 basis in the German insurance platform’s $2.3 billion Asia core fund, Allianz Real Estate Asia-Pacific Core I. That vehicle was designed for investments in standing assets in core markets in the region.