NB Partners Fund III, which was launched in March 2020 – as the US was reaching the first peak of its coronavirus outbreak – was raised through an almost entirely virtual format. Investors in the fund include a mix of public and private pensions, foundations, asset managers, family offices and high-net-worth investors. According to PERE data, the New York State Common Retirement Fund, a US public pension fund, is one of the investors in the vehicle with a $20 million commitment. PERE understands the fund had a 100 percent re-up rate from institutional investors in the prior fund in the series.

Park Madison Partners was the exclusive placement agent for the fund. “The NorthBridge team’s success despite this challenge is a testament to their talent as an investment manager in the final-mile industrial sector, and to investors’ confidence in them as fiduciaries,” Rob Kohn, partner at the firm, said in a press release.

NB Partners Fund III will continue the investment strategy of the predecessor funds, targeting industrial assets on the US East Coast that the firm believes would be “critical to the modern e-commerce supply chain as companies compete for the shortest delivery times to consumers.”

PERE understands approximately one-third of the fund’s capital has already been committed. And like the prior funds, NB Partners Fund III’s stated gross return target is 16-18 percent.

The fund is also the largest in the series so far. According to PERE data, NB Partners II, launched in 2019, was closed at $114 million in November that year.

NorthBridge originally launched its logistics strategy in 2014 with the goal of acquiring, modernizing and developing small-to-mid-sized final-mile logistics assets in the US. 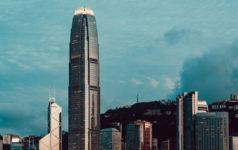