The New Mexico Educational Retirement Board (ERB) has unveiled its private real estate pacing plan for the next four years, which will begin with a projected $205 million in real estate commitments in 2013. Of that amount, a projected $75 million will be allocated to opportunistic real estate, while $50 million will go to core and $80 million to value-add strategies, according to the plan.

The majority of the $205 million already has been earmarked, since the vintage year for an investment is considered the year that an investment closes rather than when it was approved. Included in that total will be a $50 million investment in Crow Holdings' value-added fund, Crow Holdings Realty Partners VI, which was approved in January. Also part of the 2013 tally is a $50 million commitment to Lone Star Funds and a $30 million to Sares Regis Group, both of which were approved last year but currently are under legal review. Only $75 million remains to be committed this year.

In each subsequent year through 2016, New Mexico ERB expects to commit $100 million annually to opportunistic strategies, which would increase the market value of its private real estate portfolio from $219.47 million at the beginning of 2013 to $526.21 million by the end of 2016. This estimate is based on the projected rate of capital deployment and the anticipated level of distributions from prior investments. Each investment in private real estate would range between $25 million and $50 million.

The pension plan, however, considers the pacing plan to be a guideline rather than a mandate, in the interest of having flexibility to take advantage of real estate investment opportunities as they arise.

New Mexico ERB has a total allocation to real estate of 5 percent and a target of $390 million to private real estate. As of December 31, the pension plan had invested a total of $190 million in private real estate, or roughly 49 percent of its target, which it expects to achieve in late 2014 or early 2015.

The pension plan began investing in real estate in 2005, with its entire allocation in the asset class going to real estate investment trusts, which were then viewed as the quickest way to enter real estate. However, the volatility of REITs led New Mexico ERB to make a decision in 2007 to begin shifting its investments from public real estate securities to private real estate.

The intention is that, as capital calls for private real estate commitments come in, the money will come out of New Mexico’s investments in REITs. However, the pension always will have a component – likely up to 20 percent – of its real estate portfolio invested in REITs. 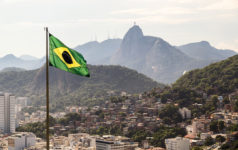 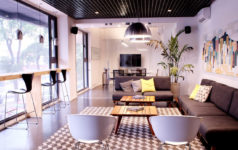