This article is sponsored by Neuberger Berman

All the big headline-grabbing transactions in the real estate secondaries space recently have been GP-led deals. But while the likes of Blackstone’s recapitalizations of BioMed Realty and Mileway will inevitably hog the limelight, bread-and-butter LP-led secondary deals remain an appealing segment for investors seeking to buy into the long-established benefits of the secondaries market, argues Scott Koenig, managing director and head of the real estate secondaries business at Neuberger Berman. He tells PERE that this could even potentially be a good moment to strike deals: “Arguably the competition we are seeing for LP transactions is less, because so many peers are focusing on the GP-led side.”

Why has interest shifted away from LP-led secondaries recently?

There are good reasons for that. The growth in GP-led opportunities in real estate secondaries has been dramatic, especially in the context of a market that has not historically been very large. That has attracted a lot of attention, both from market incumbents and from new entrants. GP-led deals in real estate appeal to a lot of investors in ways that historically LP transactions might not have.

For instance, one perceived drawback of the real estate secondaries market has been that it was a small, niche sector in which it has been difficult to build scale, especially if you do not want to sacrifice quality. We believe that kept some investors out of the market. Those investors might have seen the opportunity, but they were of a size that it was not worth the effort to get into a sector where they could not deploy substantial capital. With the growth in GP-led deals, that perception has changed, and that has brought new players to the marketplace.

There is also a class of real estate buyer that was never fully comfortable with the concept of traditional LP deals, where they are removed from the asset and have limited control. There are potential buyers out there who are not that interested in being a passive LP in somebody else’s fund. By doing a GP-led you can get closer to the asset, and in many cases institute some form of control, and that has further broadened the appeal of the sector to some buyers.

Do LP-led deals have features that still appeal to some secondaries buyers?

In our view, LP-led real estate secondaries have the set of characteristics that people usually think of when they think of secondaries, and not just real estate secondaries, but secondaries more broadly. Typically, they are lower-duration investments, with a relatively quick return of cash that helps to mitigate a J-curve. It’s possible a buyer might step into an LP-led situation and see some of their capital returned almost immediately because the manager sells an asset a month later.

LP deals usually have higher diversification because portfolios are more likely to involve a larger number of underlying assets than in manager-led transactions. They also typically provide access to mature, seasoned funds and underlying assets that have been de-risked. And last, but not least, they offer the potential to buy at discounts to fair value because of the LP seller’s specific situation.

Those characteristics are what generate the type of cashflow and risk profile that we think investors expect of a secondary strategy. GP-led deals sometimes have some of these characteristics, but not always. They do have their own benefits: they usually allow an investor to do deeper diligence and structure more control over the assets. They also are a way to invest in scale, and because buyers can do that, they can potentially shape their portfolio construction a little more proactively than they might in an LP-led situation.

However, compared with LP-led deals, GP-leds are usually longer-term investments because managers are looking for an extended term to work with the assets. Risk exposure is usually more concentrated because there are fewer assets; some GP-led deals are focused on just a single investment, or a small portfolio. And in some cases, the manager may be looking to execute a new business plan or even deploy blind pool capital, which entails more risk.

Finally, in manager-led situations it is harder to structure deals where you can buy at a meaningful discount without bringing into question the manager’s independence and alignment. So, while there are benefits to GP deals, they may not have the same characteristics as LP deals and can often have a different risk-return profile.

Are LP deals a more comfortable fit in a secondaries strategy than GP-led situations?

One is not necessarily better than the other. It is a question of what you are trying to achieve, as opposed to which type of deal makes more sense.

Many GP led-opportunities are highly complementary to a traditional secondaries strategy, especially when the underlying assets are relatively illiquid at the time, or when the transaction provides access to some unique, hard-to-replicate assets. However, we have also seen GP-led recapitalizations that effectively involve control stakes in relatively liquid assets, which does not look very different to the kind of transaction you might see pursued by a direct investment strategy.

That raises the question: if a strategy is heavily dependent on those kinds of deals, is it really a secondaries strategy? Those buyers may be using the secondaries market tactically as a way to acquire those assets in less competitive situations, which can be pretty smart. But you get a different cashflow and risk profile that may not look like that of a traditional secondary investment.

Ultimately, whether that is the kind of deal an investor would want to do depends on their risk tolerance, time horizon and return expectations. An LP deal provides a different experience to some of the GP deals in the market.

Still, because there has historically not been much of an opening to invest at scale in real estate secondaries, GP-led deals provide an expanded opportunity to invest in secondary and secondary-like transactions. Through GP recapitalizations, investors are able to participate in a sector that is still underpenetrated, and they can potentially take advantage of certain secondary characteristics while doing a deeper dive on diligence and potentially negotiating with the GP to realign the portfolio.

How much activity have you seen in the LP-led market recently?

We have tracked the LP market for a long time, and we saw as many deals in 2021 as ever before. While some LP transactions in the past couple of years have been pretty large, some people’s expectation of big pension and sovereign investors regularly disgorging billion-dollar portfolios hasn’t really materialized.

What we have seen is consistent dealflow in the middle and lower-middle size brackets. Some deals in the real estate secondaries market can be pretty small, well south of $100 million, so expectations of the pace and volume of capital deployment need to be realistic. But if they are, then there has been no shortage of opportunities in the market.

Will there be continued growth in LP-led transactions?

LP deals are not going away. They have become a proven portfolio management tool for LPs; whenever you set up a 10-year lock-up fund you are going to have LPs that want to exit before that fund is wound up. Historically, activity in the private equity secondaries market has been an indicator of what might happen in real estate secondaries, and despite a lot of focus on GP-led deals in that space, private equity LP deals have not gone away, either.

The traditional drivers of LP-led secondaries are still positive. Primary fundraising continues to grow. There have been more real estate funds raised over the past several years than ever before, and the value of the assets within those funds has also continued to grow to a level as high as it has ever been. Once those funds are five to seven years old, that activity should present a real opportunity for a real estate secondaries buyer.

In addition, covid had a temporary impact, with some fund realizations being postponed in 2020 and 2021. That has created a larger volume of assets under management in funds from which LPs might otherwise already have exited. And the awareness of the real estate secondaries market has also continued to spread. In some ways, it is benefiting from the attention that the market is getting because of growth on the GP-led side. All those factors should lead to continued growth in LP deals, even if it may not be as dramatic as that of manager-led transactions. 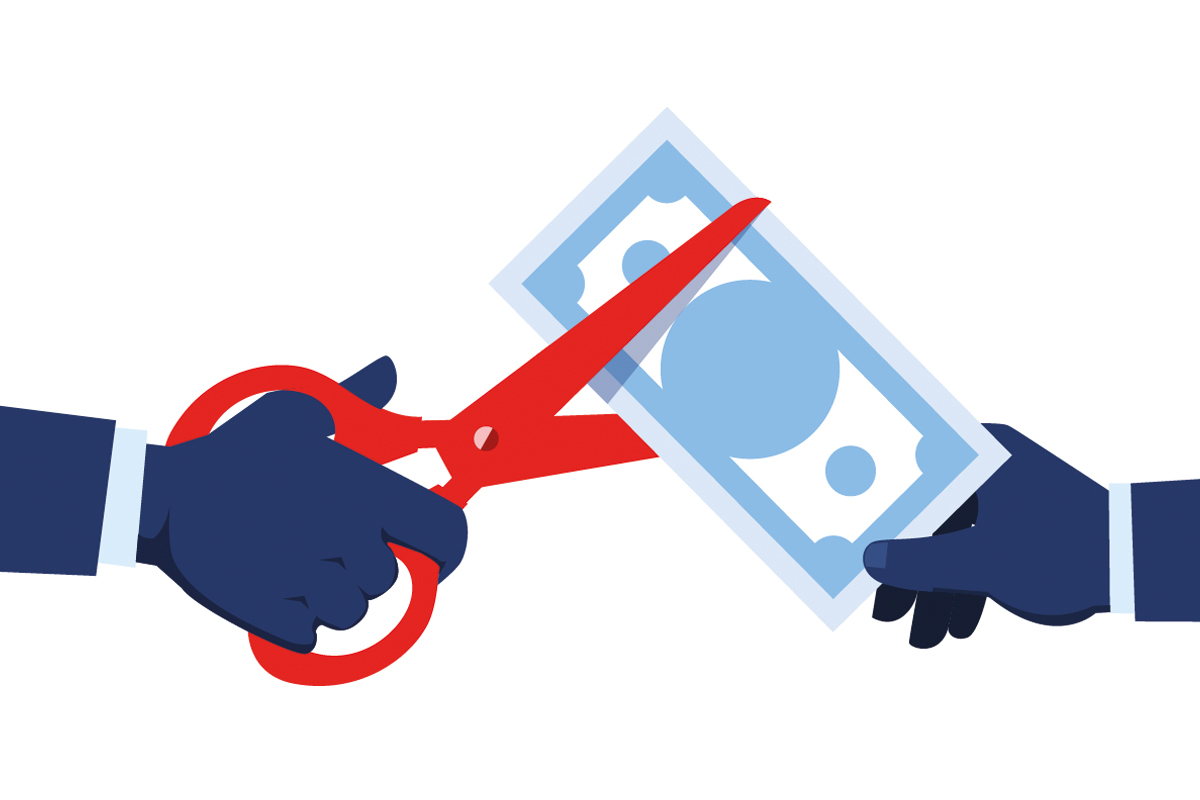 Are LP-led secondaries a better way of buying at a discount than manager-led deals?

The LP deal is a decision taken by a single LP based on its own liquidity needs. Some LPs are okay with selling at a discount, others are not. But it is their decision and has no bearing on other LPs or the operation of the underlying fund. A typical GP-led deal, on the other hand, forces all LPs to decide whether they will sell at the transaction price, or to roll into a new, longer-term vehicle. For this reason, we believe it can be challenging to execute at a price much different than the most recent mark, because existing investors will ask hard questions about how that price was set and why it deviates so much from what the GP previously thought the portfolio was worth.

But valuation is always an art and not a science, and there is a spectrum on which a GP’s valuation can be considered aggressive or conservative. If the underlying assets are highly liquid, commodity-like properties for which there is a good, deep market, the value should be relatively easy to determine. Therefore, in a GP-led recapitalization of a portfolio it would be hard to justify transacting on those assets at a meaningful discount.

However, if the assets are temporarily illiquid – like projects that are actively being repositioned or have a lot of vacancy – or if you are recapitalizing a real estate operating company or unique assets for which the market is not very deep, then the question of what they are worth may be much more subjective. Those situations can be interesting for secondary buyers because they can select portfolios in which they think the assets are conservatively valued and the risk-reward appears particularly attractive.