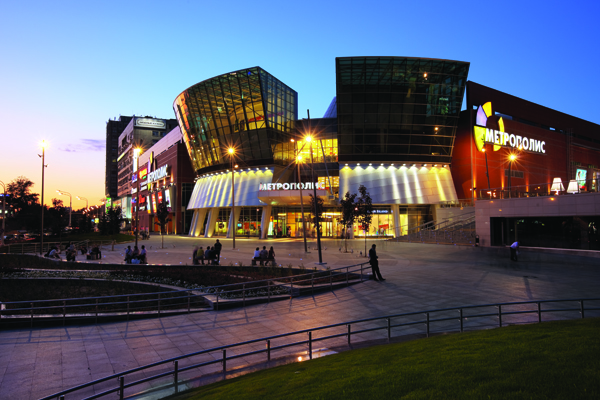 Western imposed sanctions and general corporate backlashes aimed at stifling the Russian economy following the country’s invasion of neighboring Ukraine mean exiting assets has become problematic. However, while MSREI faces challenges relating to the ongoing operation and management of two of the country’s biggest and best-known shopping malls, the financial implications for its investors are expected to be less significant.

MSREI acquired the Galeria mall in St Petersburg for approximately $1.1 billion in 2012, two years after it was developed, from Merdian Capital CIS Fund, a vehicle backed by a consortium of Kazakh investors. The 1 million-square-foot mall has 250 stores across five floors.

The following year, the investment bank unit acquired Metropolis Shopping and Entertainment Mall in Moscow for a reported price of $1.2 billion from another Kazakh seller, the developer Capital Partners. The mall comprises 882,000 square feet of retail space.

The assets were purchased in an effort to capitalize on a dearth of western-style, experiential retail properties, replete with western brands alongside domestic retailers. In a statement on the second of these acquisitions at the time, Brian Niles, head of MSREI’s EMEA team, predicted strong growing retail demand resulting from the country’s burgeoning consumer market.

He said: “Together with our previous investment in the Galeria Mall in St Petersburg, we believe the acquisition of Metropolis will deliver operational synergies and strategic benefits associated with owning two prime shopping centers in Russia. We look forward to managing the assets as we seek to deliver additional value to our investors.”

The assets were acquired on behalf of MSREI’s Morgan Stanley Real Estate Fund VII, or G7, the seventh in the firm’s global opportunity fund series, which attracted $4.7 billion of equity from investors by its final closing in 2010. The fund was subsequently reduced to $4 billion following an agreement with investors, including General Motors, CPP Investments and China Investment Corporation.

But while the assets cost a combined $2.3 billion, the impact of the Russia-Ukraine crisis on G7’s performance has been significantly mitigated by two important factors.

MSREI was also insulated by high-entry yields achieved on its initial investments, both understood to be about 9 percent. Such levels of income meant the initial equity outlays have been covered by rents. Even in a scenario in which the malls’ lender Sberbank forecloses – seen as the most likely outcome right now – the material impact on G7 would be largely contained.

One source with knowledge of the matter told PERE there would be minimal impact on the fund: “It is not a great situation, but the assets have been held for some time and they’ve done okay, so the impact on the fund’s return should be less than 1 percent.”

The same source said G7 was currently generating a 16 percent gross return for its investors. The vehicle is currently in wind-down mode. “The business plan last year was to sell the assets over the next 12 to 18 months. How that happens now, nobody is really sure,” he said. “Obviously, a sale would be tough.”

For MSREI’s G7 investors, however, that uncertainty should not prove costly.