European retail markets are mostly in good shape at the start of 2019. However, retail investors in Europe will need to adjust to a growing gap between robust retail markets and those subject to high risk in the long term.

Union Investment’s Q4 2018 Global Retail Attractiveness Index (GRAI) shows there are 25 points between the current top performer, Portugal, and the weakest market in Europe, Belgium. This difference is the largest recorded for the index over the past 12 months. The ongoing positive economic climate in Europe, which is delivering rising revenues for online businesses as well as brick-and-mortar retailers in almost every country, is softening this trend at present. However, any sustained weakening of consumer sentiment is likely to cause retail markets to drift further apart.

The German retail market remains one of the top performers globally. Its stable top-tier position is due, in particular, to consistently strong increases in retail sales. Germany is also the only country in the GRAI’s 2018 EU-12 index to see a slight rise in consumer confidence compared with Q4 2017 (+2 points). In all the other European regions surveyed, consumer confidence in the domestic economy is deteriorating to a greater or lesser extent. The buoyant employment market and optimistic income expectations mean German retail markets are particularly well supported. Local players, and increasingly also foreign investors, are attracted by the prospect of very predictable cashflows.

Alongside Germany on 115 points, the top tier includes the Eastern European countries of Poland, with 118 points, and the Czech Republic, with 117 points. Like the Czech Republic, Portugal scored more highly than in 2017, gaining two points to reach 121. This puts it in pole position in the EU-12 index for the first time.

Portugal has successfully worked through its serious financial and economic crisis and regained its popularity among retail investors. Another southern European country has made it into the top five for the first time: Spain, with 114 points. This is due to particularly strong sales in the Spanish retail sector, underlining the optimism being felt on the provider side. Ireland, previously a major concern, scored less well with 111 points, but despite a marked decline – minus 6 points – still performed better in Q4 2018 than mid-ranked countries such as Austria, Italy and the Netherlands.

In line with the current three-way split in the European retail market, consumer sentiment, business sentiment and the consumer price indices vary significantly from country to country. But across Europe, rising sales in brick-and-mortar retail and by online businesses are largely a common theme. The indicator for retail sales performance gained a total of 15 points compared with the previous quarter. Accordingly, the EU-12 index lost very little ground overall compared with the last survey in Q4 2017 (minus 2 points).

From an international perspective, Canada, the US, Japan and Australia – in that order – are the retail markets we believe offer the best prospect of attractive returns in 2019. However, even here investors need to take a very selective approach as the retail landscape in some of these major markets is experiencing more serious upheaval than the European markets are likely to face. Germany will not necessarily follow the same trends, but the transformation process is forcing brick-and-mortar retailers everywhere to be more creative. New business models and concepts will emerge in brick-and-mortar retail, which may evolve into distinct asset classes. There is still some way to go in terms of differentiation. 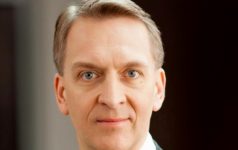 Deals 8 hours ago
Added to your Saved Articles
Loading
Unsave Article
Please confirm you would like to remove this article from your saved articles.
Share with other subscribers
Only logged in subscribers of this site will be able to access the shared article.