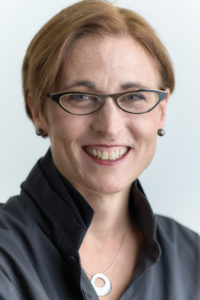 Kara Helander is in it to shift mindsets at Carlyle. As chief inclusion and diversity officer, Helander drives the Washington, DC-based private equity giant’s inclusivity efforts. She helps Carlyle attract, develop and retain top talent, and develop ways to increase diversity on the boards of all the portfolio companies.

Her typical day includes meetings with a variety of employees involved with the firm’s diversity and inclusion council, which is responsible for executing action plans for Carlyle to improve in the area. It also includes communicating such initiatives to the firm’s investors. She is currently rolling out a firm-wide initiative to counter unconscious bias in everyday operations, such as performance evaluations and promotion exercises.

Helander took on the role in October 2018 after ten years heading the global diversity and inclusion team at New York-based asset manager BlackRock. “I moved my family cross-country for this,” she says. “I saw this as a place that had already made a commitment on this front. There were co-CEOs who were clearly willing to be my partner in driving this. And you do need senior leadership’s commitment.

In a lot of firms, it is the support functions where women make a lot of the initial progress,” she noted. “But this is having women at the core of our business.

“Our CIO has said that if you look at a management team and they all look too similar you have to question if they have the innovation and insight they need to deliver on our value creation plan. We are in a decision-making business and this diversity is seen as something that enhances the quality of our decisions, especially as the environment we are operating in is becoming more complex, more global and disruptions are happening more frequently.”

Large managers and financial services firms such as Carlyle, BlackRock and State Street have been active on diversity and inclusion for several years. State Street Corporation, for instance, appointed Paul Francisco as its first chief diversity officer in 2017.

But progress within the real estate industry, especially for C-suite hiring, has been slower. Jennifer Novack, who co-heads the global real estate practice at recruitment firm Sheffield Haworth, agrees a chief diversity and inclusion officer hire is less common than firms focusing on diversity in searches more broadly. She attributes the lack of appetite for such an officer to the fact that real estate companies typically lack the same scale as traditional asset managers.

Putting women at the core

Helander acknowledges the slow progress: “The alternative investment industry is relatively young compared to a lot of other industries, but it is also one that has grown quite quickly. When you grow quickly, people tend to reach out to the network of individuals they know and bring them in. That perpetuates the same profile. That is the base we have been working with, added to the fact that it is very much an apprenticeship-based business.”

As diversity officers’ efforts yield results, the hope is that the rest of the industry will follow suit. Last year, 50 percent of all new hires at Carlyle were female, including almost 30 percent at the most senior level. And around half of the firm’s assets under management are led or co-led by women, which Helander believes is unique in the industry.