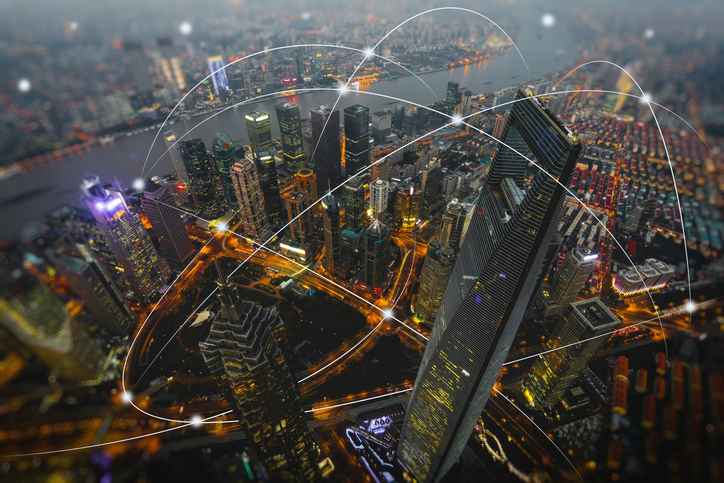 There are few fund managers who would consider mixing private equity and real estate in a single, closed-ended vehicle.

Benson Tam, an ex-founding partner of Fidelity Asia Ventures and 27-year veteran of private equity, is an exception to that rule.

Tam came out of retirement in 2013 to launch Venturous, a Beijing-headquartered family office that merged with investment advisor Lioncrest Global in July to create a “hybrid” real estate and private equity fund manager.

The firm – known as Venturous Group – plans to raise $1 billion across its $200 million-target Venturous Hero Fund and $800 million of co-investment capital from global family offices to build 10 “smart towns” in China, according to a statement.

Venturous will back technology companies focusing on areas such as 5G, artificial intelligence and the internet of things to help create the necessary digital infrastructure. It will also leverage relationships with Hong Kong family offices, many of which have ties to property development, to construct the projects.

Though Venturous was originally a single-family office, Tam is well-acquainted with managing third-party capital. From 2002 to 2012 he was a partner at Fidelity’s China investment arm Fidelity Asia Ventures – now known as Eight Road Ventures – and previously helped co-found Hellman & Friedman’s Hong Kong office.

“That became a little bit unwieldy over the years as we had quite a number of SPVs and families, which is why I started to think about putting the whole thing in a fund,” Tam told sister publication Private Equity International.

Venturous Group will have up to 30 staff across distinct private equity and real estate teams in Beijing, Hong Kong, Singapore and Hangzhou. It will also rely on a venture partner network of several hundred chief executives, technology officers and investment officers across the region.

Venturous Hero Fund will invest equally across technology companies and property developments, but the firm will be able to tweak the ratio according to market conditions, Tam said.

“Say in a certain period, technology becomes overly risky or overly pricey, I may overcompensate on the real estate,” he added. “Other times I may do the reverse, so that net-net you have, what I call, a self-hedged portfolio.”

Limited partners will be able to cherry-pick their exposure to real estate and private equity through co-investment opportunities.

“Some family offices say they want to go full tilt on property, while another might say: ‘We have loads of properties and want to be more exposed to technology,’” Tam said.

“The fund is almost like an entry fee: you pay for the whole buffet and after that go eat your heart out. We’re seeing a structure that’s 40 years old and nobody bothered to adapt it to the new market reality; can you imagine in this day and age being forced to buy a suit off-the-rack, and it’s only offered in one size, and not have a custom-made suit?”

Despite its unusual composition, the Venturous Hero Fund will have industry standard terms, including a 10-year lifespan with two optional one-year extensions, a 2 percent management fee and 20 percent carried interest. It will feature a 50:50 catch-up over an 8 percent preferred return and Venturous will commit 10 percent of the fund to ensure alignment with LPs.

“I chose 10 percent to say: ‘I’m leading from the front and eat what I cook’,” Tam said. “If things go south I am the one who suffers the most.”

On the private equity side, Venturous will sign checks of up to $10 million – excluding co-investment capital – for minority stakes in digital transformation companies such as fintech, proptech and supply chain technology. The smart towns will be “captive markets” for its technology portfolio, Tam noted.

For its real estate developments, the local government is expected to prepare the land with basic physical infrastructure, including sewage, electricity and water. Venturous will then partner with Chinese IT services provider iSoftStone to lay the digital infrastructure and civil engineering firm Arup to complete the town planning. The firm will consider exiting its developments through REITs.

Venturous Hero Fund will target at least a 7x to 10x gross multiple of invested capital.

“Over the last five to 10 years, IPOs are overpriced and the rate of success is very low,” Tam added.

“I’ve been going slow with tech investing over the past few years because it’s a sucker’s bet,” Tam added. “It dawned on me about two years ago that the only way you can do that is to have what we call asset-backed, venture-like returns, which is why we have a portfolio where the two hedge each other.”

Cities of the future

Tam pointed to the residential Taikoo Shing and commercial Taikoo Place development by Hong Kong conglomerate Swire as an example of what’s to come.

“It’s a new age Taikoo Shing,” he said. “If you think about it doing it from scratch again, of course you will make sure that all the buildings have WiFi, 5G and internet of things sensors so you can use future technology.”