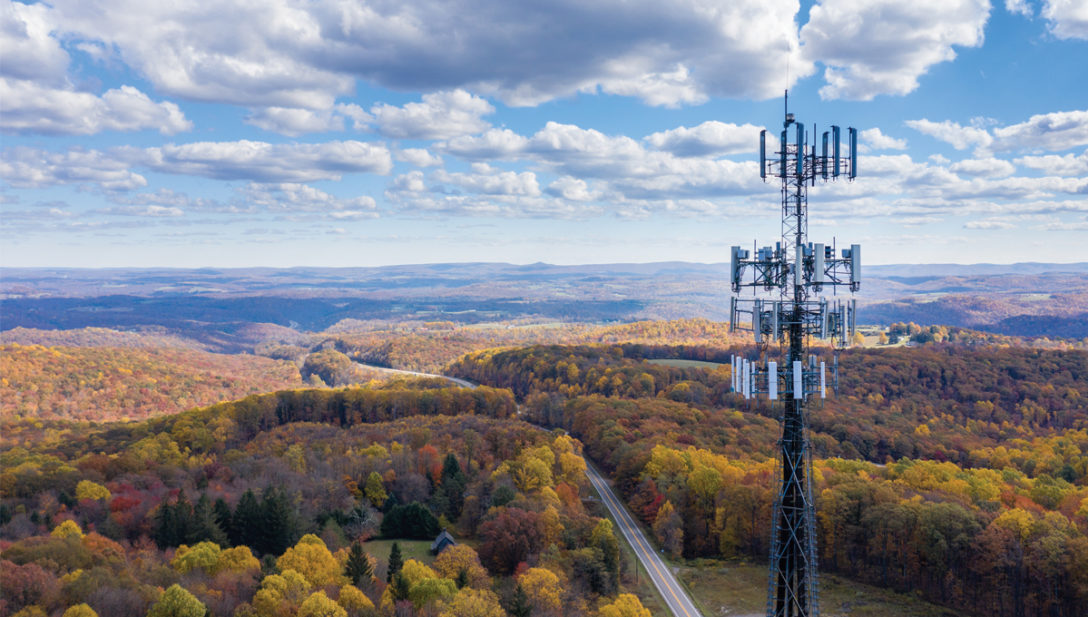 The rapid rise of the digital economy has increased the scramble for private capital, but it has also created a rift between real estate and infrastructure. Today, funds and managers on both sides target not just data centers, but increasingly cell towers and other electronic communication equipment. However, there is often little consensus on how best to separate the asset classes.

“The line is very gray,” says Erin Ledger-Beaupre, senior managing director at Macquarie. “Many invest from their real estate and infrastructure buckets on the exact same data center deal. It tends to be who gets there first.”

David Guarino, senior analyst for data centers and towers at commercial real estate analytics firm Green Street, agrees that it all depends on who you ask: “Data centers definitely look, feel and talk like traditional real estate. But when you get to tower and fiber, you can open up the debate and make the case either way. Investors are certainly not as concerned that the lines are blurred.”

Guarino points to fiber-optic broadband, where the digital real estate argument really becomes contentious. At least with data centers, firms own or lease the buildings, but with fiber-optic cables they run across public land, leaving companies owning nothing except the transmission lines.

He says: “People consider them real estate, but I could see how you could push back. At the end of the day, they all still qualify as digital real estate.”

Irrespective of how best to make the distinction, there is no doubt that demand for digital services has boomed in recent years. The European Telecommunications Network Operators’ Association (ETNO) says data usage in Europe alone has grown 53 percent since the start of the pandemic, reaching 293GB per month last year, and is projected to hit 454GB per month by 2023.

“Data centers definitely look, feel and talk like traditional real estate. But when you get to tower and fiber you can open up the debate”
David Guarino
Green Street

5G adoption is also projected to rise sharply. GSMA, an association representing global mobile operators, estimates that total users will reach one billion this year and the network could represent a quarter of total mobile connections by the end of 2025.

In 2021, ETNO estimates that 5G covered just 2.8 percent of total mobile connections in Europe, compared with 13.4 percent in the US and 29.3 percent in South Korea. Unfounded health concerns partly contributed to the sluggish growth in construction of 5G cell towers, but irrespective the network is expected to take off over the next few years.

Digital connectivity is also a core priority for governments. US President Joe Biden pledged to invest $65 billion in high-speed broadband, while the EU has promised to deliver 100Mbps for all European homes by 2025. Dutch bank ING estimates just over half of European households had access to full-fiber internet in 2021 and this take-up rate should increase to six in 10 households by the end of 2022.

Strong consumer demand for data and better digital connectivity was recently reflected in the first-quarter results of several leading US digital real estate providers. Cell tower and fiber specialists Crown Castle and American Tower Corporation both posted higher revenues than across the same quarter last year, while the bullish market has caused both to lift their projected annual earnings.

Crown Castle expects wireless operators in North America to account for more than 30 percent of global mobile network investment through 2025, despite the market providing just 5 percent of the world’s population. Over recent decades, US operators have deployed hundreds of billions of dollars in wireless networks, increasing user uptake and willingness to spend on further improvements.

Crown Castle believes this vicious cycle should boost digital real estate providers, particularly as the expected growth in 5G depends on a wave of cell towers and more fiber. American Tower estimates that total mobile-connected devices in the US will almost double from roughly 635 million this year to 1,015 million by 2027.

CoBank, part of the US Farm Credit System, also says that the valuation gap between private communication companies and public cable firms in the US has grown to its widest ever. Private investors increasingly target fiber in rural markets due to lack of competition. According to CoBank, around 45 percent of US households still have access to just one wireless service provider, delivering speeds of 100Mbps and typically served by legacy broadband inferior to fiber. The US government is also pumping money into rural networks, fueling investor interest in the asset class.

One clear challenge for digital real estate will be cutting carbon emissions and improving the sector’s sustainability profile. The International Energy Agency estimates global internet traffic has soared by roughly 30 percent annually since 2010, while in 2020 the pandemic pushed this up to 40 percent.

“There are not a lot of answers yet in terms of how we can make the system more efficient, but there is pressure to make data centers greener,” says Guarino. “The antennas on cell towers that send signals back and forth use a lot of power. Whether it is using more green energy, or more efficiencies in the design process, these are definitely questions that people are asking.”

In Europe, companies have increasingly looked to renewables. ETNO says 62.2 percent of the energy used by its members in 2020 was green, up from 44.4 percent five years ago. Power may increasingly be supplied from renewables, but improving energy efficiency remains a challenge.

One potential source of innovation has been artificial intelligence and machine learning. A 2021 report from GSMA highlighted that two-thirds of mobile telecoms operators believe that these technologies will generate energy savings of more than 10 percent over the next two years. Data centers are also turning to new cooling technologies to reduce energy use, but the incentive to change is often still cost rather than environmental.