The Dallas-based multifamily manager, which specializes in value-add multifamily properties, is seeing prices drop an average of 20 percent on its targeted property type relative to six months ago.

The rising rate environment is driving down valuations and increasing cap rates, Jeff Weller, co-founder and managing partner, told PERE in an exclusive interview. The firm is seeing a 150-basis-point increase in cap rates as rising debt costs reduce the number of highly levered buyers for older vintage value-added properties.

LREG targets a light value-add strategy on properties built in the 1960s and 1970s, with occasional purchases of assets from the 1980s through early 2000s. The older vintage properties typically attract syndication opportunities via private wealth and family office capital, the primary investors in LREG’s fund.

The fund allows the firm to have discretionary capital for its GP fund strategy as opposed to syndicating opportunities as the firm did before it started raising funds. Now Weller believes the firm will be able to step in as syndicated buyers pull out of the market. “Lots of sellers don’t want to take a risk on syndication given debt is moving so much,” he adds.

Syndicators are the primary buyers in the older vintage segment of the multifamily market, Weller said, adding B and C assets are usually acquired by syndicators which are trying to maximize their capital. Such buyers of older assets are having a harder time securing the financing needed to acquire the properties, which is turn driving discounts. Loan proceeds are lower due to the higher interest rates and this has created a larger pull back than in Class A properties. As an example, the firm is acquiring a property in Atlanta at an 18 percent discount to the broker opinion of value from six months ago.

The firm, which typically uses leverage of about 65 percent, is not a highly leveraged buyer. Its latest fund has a slightly shorter investment period than similar vehicles because it uses seven-year agency loans from Fannie and Freddie Mac to finance its acquisitions.

The manager raised $35 million for its first fund, Marble Partners Fund I, a joint venture with Los Angeles-based Marble Partners. More than 80 percent of Fund I investors re-upped with Fund II. With the latest fund, LREG also added a large family office as a limited partner that had previously invested via syndications with the firm.

LREG has already deployed 60 percent of the capital and has another 20 percent in escrow. The fund is expected to be fully deployed by the end of this year, a year-and-a-half after its launch in January 2021, Weller said. He expects many Fund II investors to return for the next vehicle.

“A lot of investors in this fund are interested in a long-term relationship,” Weller said. 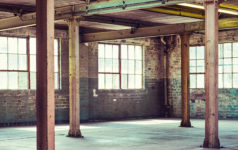