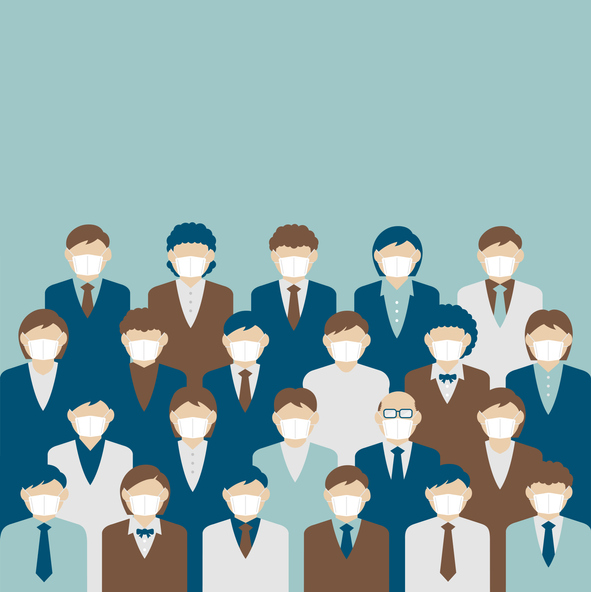 Lenders to Europe’s commercial property markets have told sister publication Real Estate Capital that working with their borrowers as they deal with the impact of the coronavirus pandemic on their businesses will be crucial in the coming weeks and months.

Debt providers that we spoke to over the past two weeks insisted their market has not ground to a complete halt as a result of the covid-19 crisis, but emphasized that dialogue and collaboration between financiers and sponsors will be needed to ensure that loans continue to perform as the crisis intensifies.

“The first and most important line of defense will always be dialogue with our clients and partners,” commented Assem El Alami, head of real estate finance at German mortgage bank Berlin Hyp.

The sentiment was echoed by Roland Fuchs, head of real estate debt at Allianz Real Estate, the property division of German insurer Allianz, who said his team will “pursue ongoing dialogue with our prime sponsors.” Fuchs argued that the company’s hands-on approach to underwriting and monitoring its portfolio, as well as its focus on financing prime real estate will help it to manage its portfolio over the coming months and beyond.

“From here on, it’s all about working with our sponsors and helping to provide flexibility where required,” commented another lender, Sam Mellor, head of Europe and Asia-Pacific real estate debt at Barings Real Estate, which lends on behalf of US insurer MassMutual.

However, Mellor added that Barings will also look for “reciprocal interactions by way of fresh equity – when available – and timely, proactive actions and reporting.”

“From here on, it’s all about working with our sponsors and helping to provide flexibility where required”

Real estate owners across Europe have been hit by reduced cashflows from their property portfolios, potentially impacting their ability to meet interest payments, many of which are due in mid-April. With commercial properties shuttered across Europe due to government-imposed lockdowns in many countries, landlords have been forced to grant rent holidays to their occupiers. Those landlords are now likely to request flexibility from their lenders, as interest coverage ratios and loan-to-value covenants in their loan terms come under pressure.

“The situation is unprecedented,” said Chris Holmes, director at London-based capital advisory firm CAPRA Global Partners. “I expect many lenders will focus on their borrowers trying to meet cashflow tests, rather than on LTV tests. Valuers will be struggling to determine the ‘V’ in many assets’ LTV,” he added.

There is also growing pressure for lenders to go further and grant temporary mortgage holidays to their sponsors. On April 2, the London Property Alliance, an industry body which represents commercial real estate owners in the UK capital, wrote to UK chancellor Rishi Sunak calling for government support for the city’s property sector. Among the requests, it asked for “the strongest possible political support and government guidance to lenders and funders to grant the same flexibility to the property sector as it is providing to tenants which need support through this crisis”.

Lenders approached by Real Estate Capital declined to comment directly on whether they will agree to temporary waivers of debt obligations. However, industry sources expect lenders to grant such measures in cases. One lawyer noted that it will be important that any payment holidays are clearly drafted into loan documentation to ensure loan terms eventually revert to their former structure.

Although lenders agreed generally on the need for flexibility, they also unanimously highlighted the difficulty in reading market conditions.

“We are in uncharted territory,” said one banker, who did not want to be named, adding that the current crisis is unlike that caused by the 9/11 terror attacks in 2001 or the global financial crisis of 2007-09. In this case, a global health crisis has sparked a global economic crisis, leaving financial markets vulnerable. Faced with this situation – and due to less real estate changing hands – financing activity is reported to have reduced markedly.

“Some lenders are committing to completing transactions that are already quite advanced, such as where deals are at the documentation stage,” said Holmes, though he added that many lenders are pausing their activities. “German banks and other European lenders are likely to pause UK lending and preserve capital for their domestic markets,” he said, adding: “I expect there to be a natural repatriation of capital.”

Holmes added that investment banks, which operate originate-to-distribute strategies, are likely to exercise caution as they take stock of the strength of the loan syndication and securitization market. Debt funds, he continued, may be more likely than other lenders to seek opportunistic lending mandates: “Several have raised capital recently and the last thing they will want is undrawn commitments. They tend to have shorter approval processes than banks, so may look to lend on core properties at higher prices. They may be able to provide lower leverage than they are used to, but at the same pricing. However, a disruption in the loan-on-loan or repo market may curtail their ability to lend at previous whole loan margins.”

“I expect many lenders will focus on their borrowers trying to meet cashflow tests, rather than on LTV tests”

One borrower source said that while long-term relationship lenders are likely to continue to provide debt in essential situations, new loan deals are not currently available from many sources. The debt market, the borrower continued, has not completely paused, although loans are only available in certain circumstances.

Lenders were also keen to argue that they remain open for business, selectively. Berlin Hyp’s El Alami said the bank is in “intensive exchange with our customers.” He added: “We want to continue to be there for our customers and business. But of course, in the current situation we must also take our quality requirements for our business more seriously than ever. We do not see any change in our strategy, but we do see the need to closely monitor lending commitments with a focus on customer traffic such as retail and hospitality.”

Another lender, Andrew MacDonald, head of real estate finance at asset manager Schroders, also insisted the shutters are not down: “We have not and don’t plan to stop lending. We will continue to look at everything on a deal-by-deal basis, focused on the real estate fundamentals. There are some sectors that will require more scrutiny, such as leisure and hospitality, but the specific asset and deal structure may still be appropriate as a new deal for our lending strategy. For existing deals, we will also adopt the same type of deal-by-deal approach.”

Debt advisor Michael Kavanau argued that there is not currently a liquidity crisis in European property finance markets. Kavanau, consultancy JLL’s head of debt and structured finance for international capital markets in the EMEA region, argued that the market is in a period of price discovery. Speaking in late March, he said: “Lenders are trying to identify best practices on underwriting, as well as determine appropriate pricing. However, if the virus takes a worse turn, market conditions and/or global economic confidence deteriorates significantly, we could certainly find ourselves with a need to consider liquidity issues more closely.”

According to Kavanau, of 70 European lenders that JLL tracks closely, around a third are on hold “for periods of two to four weeks, up to two months.” The remaining lenders are interested in opportunistic deals, he said, adding: “This is nowhere near a normal market, however, so discretionary financing – not driven by necessity – isn’t happening very often.”

In cases where debt is being issued, sources said leverage has been reined back, with lending margins increased to reflect higher risk. “Loans have become more conservative from a gearing and structure perspective, and pricing has increased on new deals from 25bps to 250bps, depending on several factors,” explained Kavanau. “It will be interesting to see how lenders deal with covenant breaches on existing loans, and what that will mean for the future of hard covenants which were on the path of being relaxed for best sponsors,” he added.

Barings’ Mellor said new deal inquiries have reduced. “However, for opportunities coming through now, lower LTVs and higher margins are generally being proposed. It is instructive to look at the corporate bonds market where investment grade and high yield spreads have gapped out significantly, at 1.5x-3.0x the levels before covid-19. If these levels persist then it is inevitable that there will be significant upward pressure on loan margins.”

Mellor added that, aside from pricing, the key difficulty is trying to assess property value in an economy subject to such disruption. “It is necessary, but almost impossible, to form a view on how long this will persist and – when it is eventually resolved – what are the permanent changes to the economy that will impact values in two, three or five years from now. This will put downward pressure on LTVs.”

Allianz’s Fuchs added that such times of economic uncertainty naturally result in a reassessment of the validity of underwriting assumptions and risk-adjusted returns: “This reassessment is an essential trait of any prudent long-term-oriented and diligent debt investor. Yet, as in former crises, volatility will always trigger opportunities going forward and, in that respect, the situation will not be any different to what has been experienced during comparable situations in the past.”

On a practical level, lenders are getting used to operating in highly unorthodox circumstances. Real estate, it is often said, is a people business, in which deals are done face-to-face. However, most lenders we contacted confirmed that all, or most, of their real estate finance staff are working remotely, with business travel shelved as early as February in some cases. One real estate banking boss said staff are communicating with customers via Skype conferences.

“We are very pleased that we made all the technical preparations for this as part of our digitization initiative over a year ago,” said El Alami. “Telephone and video conferences are proving to work very well.”

While Skype calls may allow continued communication with borrowers, lockdowns across European countries will present huge challenges to those investors and lenders willing to continue to close deals. Due diligence, which typically requires site visits, will be strained, while organisations will face the challenge of dealing with confidential documentation digitally.

Asked to look beyond short-term challenges, many debt market participants admitted it is almost impossible to make predictions. The market, like the rest of the world, is in an unprecedented situation, with no clear end in sight. Lenders argued that the conservative practices adopted by many debt providers this cycle ought to stand the industry in good stead. However, most admit challenges lie ahead, with some likely to feel the impact more than others.

“A distinction will need to be made between the short-term impact driven by the short-term economic downturn and the long-term view on markets and asset classes,” said Fuchs. “Depending on the historical underwriting and strategies pursued in the past, the current stress scenarios may look very different from lender to lender, be they bank or non-bank lenders.”