PERE
Home Sponsored Jersey Finance: Jersey gets ahead of the game
Return to search
Sponsored

This article is sponsored by Jersey Finance.

For real estate investors the rapidly shifting landscape of international regulation has added new levels of complexity to the process of choosing a fund domicile. Meanwhile, the growing prominence of emerging factors including ESG and digitization could have a potentially far-reaching influence on jurisdictions’ relative appeal.

Elliot Refson, head of funds at Jersey Finance, which promotes the jurisdiction as an international finance center, considers its evolution as a domicile for alternative investments and argues that in the current paradigm it offers a compelling case for investors seeking a tax and cost-efficient conduit through which to invest in European markets.

What must fund domiciles consider when seeking to establish the correct balance between robust regulation and investor appeal?

There is a danger that establishing an infrastructure that can manage an increasingly complex landscape risks becoming overly bureaucratic, expensive and inflexible. Regulation has to be robust, but also proportionate. Around 20 years ago, Jersey set out to be the gold standard financial center for funds, one that embraced and met all of the international regulatory requirements.

Consequently, it was perceived at that time to be expensive, over-regulated and very inflexible, while Cayman, for example, was seen as an easy, lower cost jurisdiction in which to set up alternative investment funds.

Today, however, Jersey’s regulatory regime looks proportional and pragmatic, and the cost gap has narrowed to the point where Jersey and Cayman are now comparable.

What have been the key regulatory changes that led to that shift?

More rigorous BEPS (base erosion and profit shifting) and substance requirements were crucial. Some jurisdictions have found it more difficult to keep up with requirements that have been put upon them. For example, Cayman ended up temporarily on the EU’s non-co-operative tax jurisdictions blacklist from February to October 2020, and as of 24 February this year Bermuda and BVI have been added to the grey list.

Investors were forced to react to that, partly because the upshot of a domicile being blacklisted by the EU means enhanced due diligence for the investor. But far more importantly, investors do not want to be surprised by future regulatory changes. They want to go to jurisdictions where there is a robust and stable regulatory and legal framework and where there is substance and consistency.

When Jersey codified the substance requirements in 2019, it was simply reinforcing the best practice that was already happening there. Jersey’s government is strongly committed to meeting international standards, and Jersey complies with the AIFMD. It is recognized by the EU as a co-operative jurisdiction for tax purposes, and it is not identified as a high-risk country according to the latest European laws against money laundering.

Some other jurisdictions are now playing catch-up, attempting to put those same measures in place years later. By addressing many of these issues early in the process, Jersey has been able to offer a minimal-change outlook and, at the same time, it is able to offer a transparent tax regime with no capital gains tax or VAT.

What do investors need to consider when choosing whether to access EU markets through onshore or offshore vehicles?

Jersey has its own government, sets its own laws and taxes and is outside both the UK and the EU, while maintaining very good relationships with both. When a manager is either based in the EU or raises money there, they must comply with the EU alternative investment fund managers directive.

If a manager is using an offshore fund structure and marketing outside Europe, they are outside the scope of AIFMD. And if they are an offshore fund marketing to investors within the EU, they access the market via the national private placement regimes (NPPR), which are a subset of AIFMD. For investors from other regions, using a private placement regime from a domicile such as Jersey is a way to access European investments without needing to establish an onshore
vehicle.

Onshore AIFMD-compliant structures typically involve more expense and complexity than offshore ones using the NPPR. Navigating the various NPPRs might be a complicated proposition for a manager fundraising across lots of different European territories, but EU statistics suggest that only 3 percent of managers market into more than three EU countries.

The main target markets for managers raising capital within Europe are the UK, the Netherlands and Switzerland, which account for two thirds of the total raised for alternative funds. And the UK and Switzerland are not currently EU members.

That means that for many international managers using the private placement regime from a non-EU jurisdiction like Jersey can be less complex, more efficient means to access European capital and assets. It is one of the reasons why Jersey has seen a 38 percent year-on-year increase in assets under management from South African funds, for example.

In December 2021 there were 374 Jersey-based funds marketing to EU investors via NPPR, an increase of 9 percent over the previous six months and 47 percent over the past five years. Since May 2020 the growth of funds in Jersey has been outpacing Luxembourg, and the rate of that outperformance is accelerating in Jersey’s favor.

How has specialization helped to support growth in the Jersey funds industry?

Jersey is an alternative funds center. More than 90 percent of Jersey-based funds are alternatives. According to the latest statistics, Jersey administers £450.2 billion ($567 billion; €530 billion) of fund assets, as at December 2021. Growth has been led by private equity, and within the private equity sphere, by venture capital.

The Island’s fund industry also employs some 13,500 people, many of whom have extensive experience. Governance is an important factor in domiciliation decisions and a vital part of ensuring good governance is a jurisdiction’s ability to provide experienced non-executive directors and board advisers.

It is now five years since the Jersey Private Fund structure was introduced. What has been the level of adoption?

The quick turnaround is possible because the regulatory onus is put on a designated service provider that clearly ensures that the manager complies with all regulations. The JPF can be a corporate vehicle and many of them have been set up as limited partnership structures. It has been a very popular option for alternative investors and the number of pooled funds domiciled in Jersey has decreased as the number of JPFs has increased.

There were 502 JPFs at the end of September 2021, a 38 percent rise compared to the same time the previous year. Jersey has very pragmatic joined-up approach between the regulator, the government and the funds industry. Discussions between them concluded that this type of flexible fund vehicle was what the market was looking for and that thesis has been borne out by the number created.

What is the jurisdiction doing to adapt to a new era of digital assets?

There is very little doubt that the future of real assets is in tokenization and we have to be prepared for that. In 2014, Jersey regulated the first ever Bitcoin fund and since then the world of crypto-assets has expanded rapidly and become much more complex.

Jersey Finance has assembled a group of crypto asset managers on the Island to work with the government and determine the key areas that Jersey should be focused on. Following those discussions, the government can determine the risk profile and then work with the jurisdiction’s regulator, the Jersey Financial Services Commission, to provide a framework.

The next step after that will be to advise service providers of the areas of business that Jersey is open for. Unlike other international finance centers, all of the interested parties in Jersey sit down together and determine what their product offering should be, before building a supporting infrastructure behind it. The world changes, however, and that thinking constantly has to be evolved and adapted. 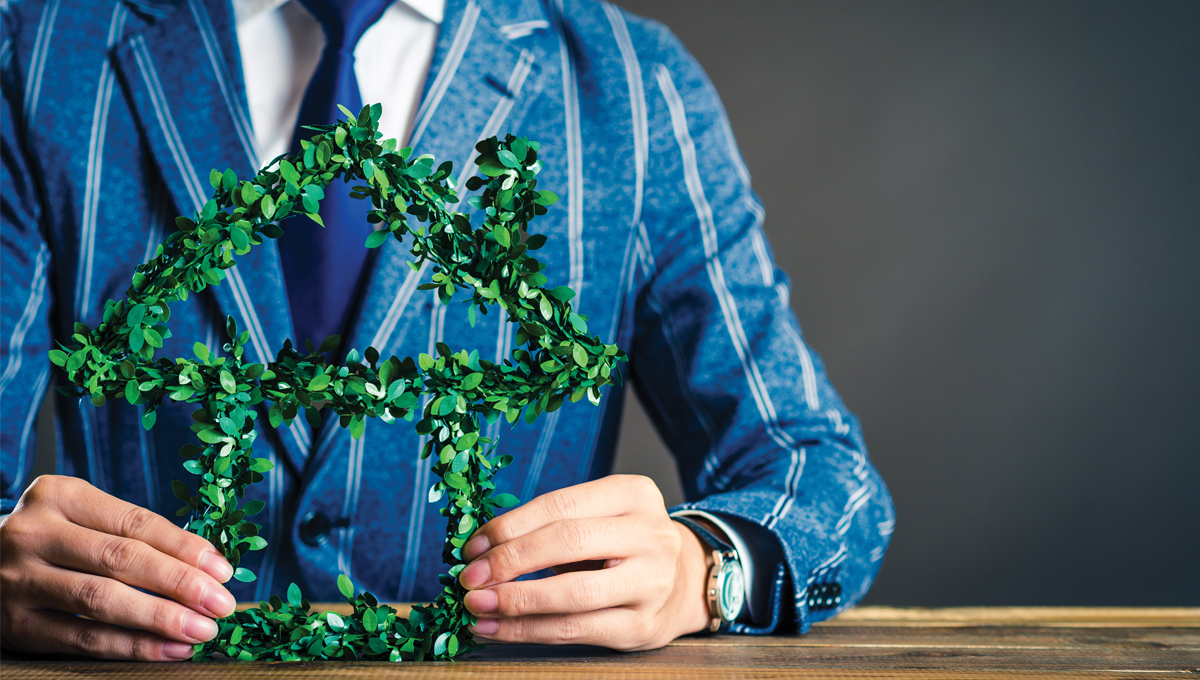 How will the increased importance of ESG to investors affect fund domiciliation decisions?

In future, private equity will see ever-greater amounts of capital flowing into the industry with more managers chasing fewer deals, which means margins will become tighter. Returns will be further squeezed by increased regulation on one hand and higher ESG standards on the other, which places enormous importance on how managers deal with those factors.

Jersey has put in place a two-year roadmap to provide a long-term view on the jurisdiction’s approach to sustainable finance. It is a genuine effort to provide a framework that will prevent greenwashing by any manager.

Sustainably-focused funds, and funds with high ESG standards, will be established in domiciles that respect the move to sustainable finance and respond to it. One of the challenges facing investors is that green standards differ across countries, so that different managers in different regions report in different ways. The JFSC has said that Jersey will accept reporting on Jersey funds in the same format in which the manager reports locally, as long that is within a robust regulatory framework.