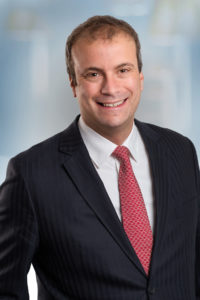 The Canadian investor has tapped him to lead its European operations after president Méka Brunel left in January to lead Gecina, a Paris-based real estate investment trust. She had worked for the firm since 2009.

Habra will join Ivanhoé in early summer after spending six years at LaSalle. He started as managing director in Central and Eastern European operations, then became managing director for France in February 2015, according to his LinkedIn profile. In November, Habra was named president of continental Europe. He previously worked at private equity real estate firm JER Partners and now-defunct GE Capital Real Estate.

LaSalle will replace Habra in the coming months, PERE understands.

Habra’s move comes amid a number of leadership changes for the real estate subsidiary of Caisse de dépôt et placement du Québec. In September, global president Bill Tresham transitioned from that role into a strategic advisory position. At the time, a firm spokesman said his role would not be replaced.

CDPQ is one of the largest global real estate investors in the world, ranking 13th in PERE’s 2017 Global Investor 50 ranking. Ivanhoé managed approximately C$60 billion ($46.5 billion; €37.5 billion) in assets as of December 31, according to its website.