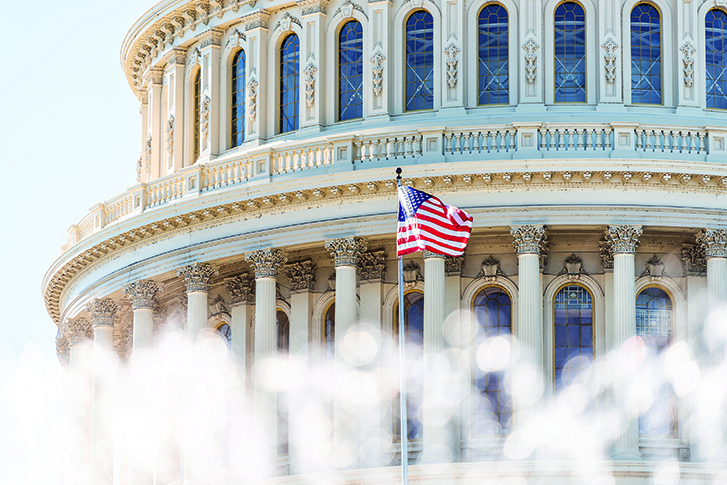 US Democratic presidential nominee Joe Biden dominated headlines this week when he announced California senator Kamala Harris as his running mate. While it is still too soon to tell how much Harris will boost Biden’s odds of winning the US election, we are already hearing industry commentary about the likely outcome and its implications for the private property sector.

Geopolitical concerns over the Trump administration’s policies, in addition to high hedging costs, were major reasons why many European investors have refrained from deploying capital in US real estate in recent years, according to one manager that raises capital from European institutions to invest in the US. But the belief that a Biden win is now “pretty clear,” along with a narrowing interest rate spread between the US and Europe, has made many of these groups ready to invest again in the country. As the manager says: “You’re starting to definitely see more engagement on the part of European capital markets in US investment ideas.”

Indeed, nearly half of respondents in the AFIRE 2020 International Investor Survey cited political risks among their top concerns for cross-border investing in 2020. These risks included both geopolitical events such as US tariffs and trade wars, as well as US domestic political risks, which include “US political instability; 2020 elections; potential for dramatic policy changes; volatile political climate.”

Starwood Capital Group chairman Barry Sternlicht has been less forthcoming about the prospects of a Biden win. But he still talked about what a Biden presidency would mean for the property sector on an earnings call last week. Notably, he believes the candidate’s plan to increase the capital gains tax will lead investors to hold real estate assets for a longer period of time, which most likely means fewer properties for sale. Meanwhile, he does not view Biden’s proposal to eliminate like-kind exchanges as particularly relevant to institutional investors, noting the provision has been mostly used by individuals.

The presidential race is still a fairly tight contest – 45 percent of US investors expect President Donald Trump will be elected to a second term, according to a Q2 2020 UBS Investor Sentiment survey. But given the sharp rise in Trump’s disapproval rating since the start of the year over his handling of the country’s coronavirus response, racial tensions and the economy, some investors are already taking that as a sign of what will come on November 3.

Discussions about changes to the status quo, and the potential impact of those changes, are par for the course in any election year. But for an election happening amid an unprecedented crisis, a call for change is coming loud and clear from some corners of the industry.