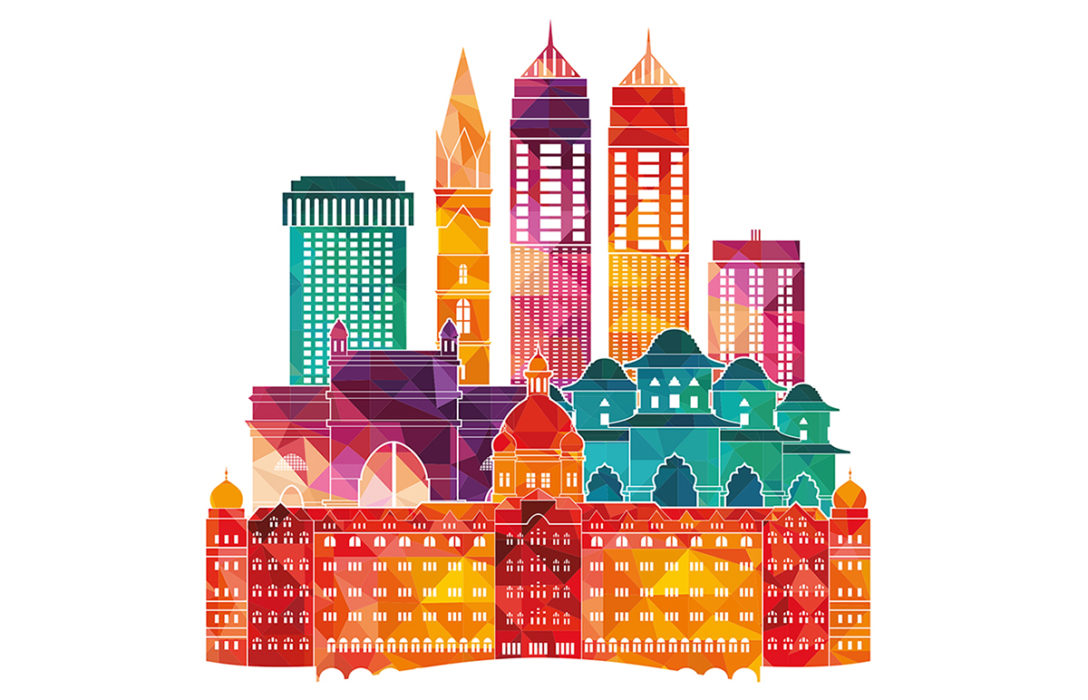 High-end residential property is a popular store of wealth for the world’s richest private investors, as well as real estate developers and investment managers. Asia-Pacific, home to most of the world’s economic growth and a rapidly-increasing population of millionaires and billionaires, is the place to seek new luxury markets.

The Asia-Pacific region is home to 4.7 billion people, including 6.5 million millionaires and, according to Swiss bank UBS, 831 billionaires – 38 percent of the world’s total. Together, the region’s wealthy consist of a huge and growing market for luxury real estate.

The region has a number of established luxury residential real estate markets. However, in many of these, regulations and tariffs designed to keep prices in check have made life difficult for foreign owners, including private equity real estate investors. For example, Singapore, a thriving luxury apartment market, imposes an additional buyer’s stamp duty of 25 percent on foreign entities buying residential real estate, and there are further charges if the assets are sold within three years of purchase.

Christine Li, head of Asia-Pacific research at Knight Frank, says: “Institutional investors used to be active in the luxury residential sector before additional stamp duty measures came into force across the mature markets such as Singapore, Hong Kong and Australia, but have since left the market as the investments are no longer feasible or profitable.”
Japan is unusual in presenting no obstacles to buyers of luxury residential property.

However, its relatively small luxury market is dominated by domestic developers and – with a shrinking population – it will not see the same sort of growth as emerging Asian nations. The Japanese mid-market multifamily residential market is a hot ticket for private equity real estate investors. However, the UK’s Grosvenor Group is unusual for its long history of investment in luxury Japanese apartments, for both sale and rent.

China is also growing rapidly and has more wealthy citizens than any nation apart from the US, but its luxury property market remains largely the domain of domestic developers and, while overseas investors including CapitaLand and Blackstone Group have invested in the past, private equity investors have more recently tended to focus on mid-market multifamily residential.

Of more interest to private equity investors in recent years are emerging markets in Asia, which are slated for rapid GDP and population growth. For example, India, Indonesia, Vietnam and the Philippines have a combined population of more than 1.8 billion and are predicted to see strong economic growth over the next few decades.

“We do see institutional investors entering into joint venture partnerships in emerging markets such as Vietnam, taking up development risks,” Li says. “Vietnam is also not for the inexperienced, as most of the JVs are structured deals as the process can be quite cumbersome. Nevertheless, it’s still a very interesting and well sought-after market for institutional investors.”

Other developing markets with potential include Indonesia, Thailand, the Philippines and Cambodia. However, in all these markets, factors such as political instability and laws restricting foreign ownership of real estate present barriers to entry.

Indonesia is a nation with huge potential, thanks to a wealth of natural resources and a young population of 270 million. It has a growing class of wealthy citizens looking for luxury homes and investments. Indonesia’s new “omnibus law” is set to make foreign investment in real estate easier. However, a number of overseas investors, including Hong Kong’s Phoenix Property Investors and listed developer Swire Properties, have already launched luxury residential projects in partnership with local developers.

Phoenix has also invested in the Philippines’ capital of Manila, making it one of a small number of overseas private equity groups to target the country. The Philippines has a population of 108 million and good growth prospects, but its political situation is off-putting for foreign investors. And strong local conglomerates with a monopoly of prime sites make it difficult to enter the market. For example, Phoenix gained its exposure via a mezzanine loan.

Politics also puts many foreign investors off Thailand, yet the economy remains fairly stable despite regular changes of political power. Bangkok is one of Asia’s most dynamic cities, with a growing expat population and a series of infrastructure improvements.

Holiday homes and branded resort properties are an important part of the residential market in South-East Asia, with foreign buyers coming from Hong Kong, Singapore, China and Korea as well as outside the region. Regional private capital is a major driver of the Asia-Pacific luxury residential market, and worldwide high-net-worth buyers are becoming increasingly important.

Knight Frank’s 2021 Wealth Report says 32 percent of total global property investments in 2020 came from private investors. “The share of private investors has been rising over the years, which is a testament that private capital continues to drive a significant proportion of real estate investments globally,” says Li. “According to our report, 25 percent of ultra-high-net-worth individuals intend to buy a prime residential property in 2021. This is up from 21 percent in the previous year.”

Despite overall property investment volumes falling in 2020, the capital deployed by private investors was still 9 percent above the 10-year average, far stronger than the 6 percent fall in the amount committed by institutional investors. Knight Frank predicts the number of millionaires will grow by 41 percent over the next five years, with 39 percent growth in Asia. In particular, Indonesia and India are both expected to see growth of more than 60 percent.

With such growth in wealth on the horizon, demand for high-end residential properties will continue to grow in Asia and drive more emerging locations for luxury homes.

Vietnam has become a major beneficiary of the China-plus-one strategy, which is driving wealth creation in manufacturing.

A combination of rising labor costs in China and the covid-19 pandemic’s effect on supply chains has boosted Vietnam, which for many manufacturers is the “plus one” in their China-plus-one strategy. A range of manufacturers, from Apple to Samsung, have begun manufacturing in the country. Its growing wealth is stoking demand for luxury real estate.

Neil McGregor, chief executive of Savills Vietnam, says: “There has been a steady release of luxury projects in Vietnam, in both Ho Chi Minh City and Hanoi, which have attracted interest from overseas private equity groups and developers. We are also seeing the emergence of high-end branded residential projects, with brands such as Marriott and Intercontinental.”

Branded residences, usually a partnership between a developer and brand, are set to become a major part of the market due to buyers’ demand for hotel-style services and the reassurance and cachet of global luxury brands. While such properties might be associated with resorts, the majority are located in city centers.

Most of the buyers of luxury properties are wealthy Vietnamese, but overseas buyers are also important, McGregor adds. “The legal requirement is that 70 percent of units in residential projects are sold to Vietnamese, but there is also a lot of interest from Hong Kong, Taiwan, Korea, Japan and Singapore. However, Hong Kong is by far the largest overseas luxury market for Vietnam; there are as many buyers from Hong Kong as all other nationalities combined.”

Pricing in the Vietnamese luxury residential sector has increased sharply in recent years, says McGregor. “The most expensive apartments in Thu Theim, a district which is being developed as the Pudong of Ho Chi Minh City, will sell for $10,000 per square meter, compared with $3,000-$3,500 three years ago.” 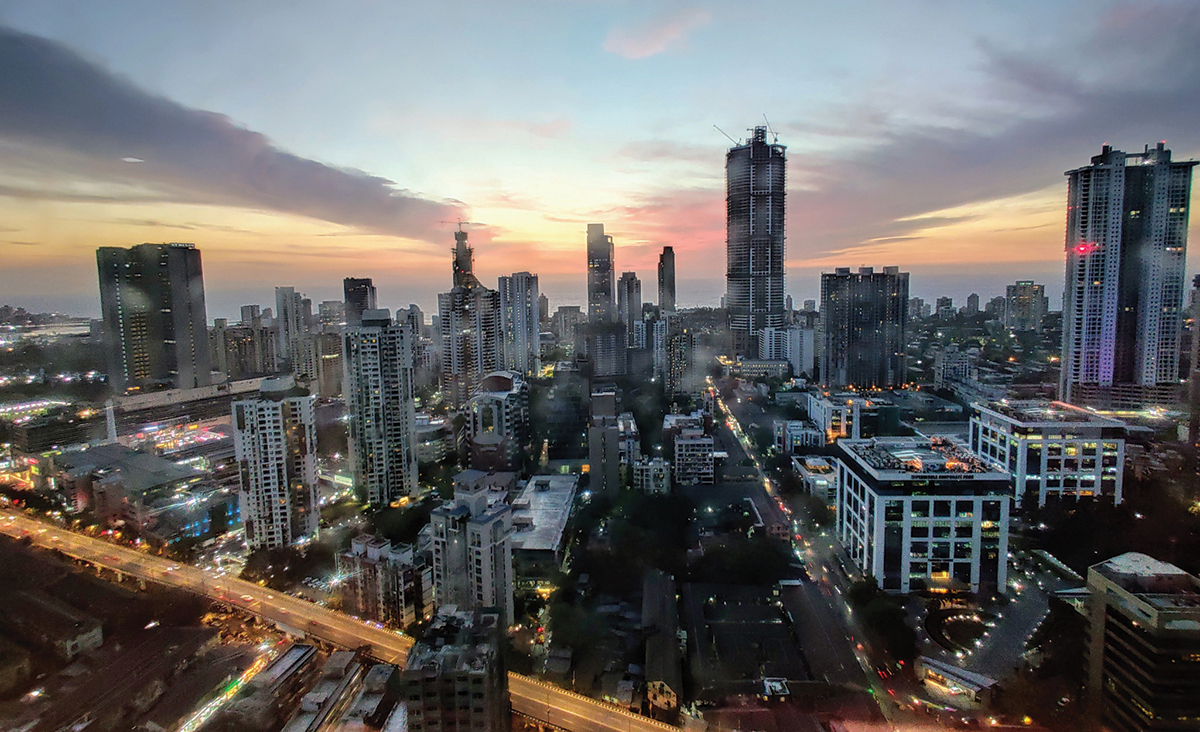 In the short term, the covid-19 pandemic is making Indian luxury residential buyers rethink their priorities. In the long term, India’s wealth-generating capacity will lift the sector.

There is only a handful of developers building luxury residential in India at scale, although every city has a number of niche players. Big players include DLF, which has partnered with Singapore sovereign fund GIC Private, Macrotech and Oberoi.

Shobhit Agarwal, managing director and chief executive of Anarock Capital, says the pandemic has changed the way wealthy Indians view real estate and this has sparked a change in the market. “Before the pandemic, wealthy Indians did not spend too much time in their homes, due to traveling for business and holidays,” he says. “After several months living and working inside their homes, they have new requirements for more space, and in particular more amenities.

“A family might live in an apartment block which does not offer much in the way of facilities, but this did not matter as people used their clubs for leisure and exercise. Now there is a demand to have more of these facilities on site.”
Agarwal also sees demand for these facilities filtering down towards the mid-market as people look for amenities close to where they live. Overall, in every level of the Indian property market, people are looking for more space.

In the longer term, demand for luxury property in India will be driven by the creation of new wealth, Agarwal says. “India is creating new tech unicorns at a remarkable rate, and these billion-dollar companies create billionaires. At the moment, China is ahead of India in terms of the number of billionaires, but India’s tech firms will produce more over the long term.”

These new billionaires and their employees will keep driving demand for luxury real estate in India, he predicts.