Increased competition for core and core-plus assets is driving deal sponsors up the risk curve, while investors are more interested in low- and moderate-risk investments, a report from BrickVest said on Wednesday.

The crowdfunding platform, founded in 2014, conducts a quarterly investor and sponsor sentiment survey, where participants are asked to rate risk appetite on a scale of 0 – which represents low risk with an income focus – to 100, which demonstrates a high-risk, capital-oriented approach. In the year ending April 30, investor risk appetite fell from 51 to 45, while sponsors ticked up from 50 to 53 – the largest divergence in sentiment since the survey began.

BrickVest attributed this divergence to increased competition for core and core-plus assets, with some major markets at “full capacity,” which pushes sponsors up the risk curve. Value-added deals have seen the highest year-on-year increase in sponsor capital deployment, particularly among sponsors with over £1 billion ($1.3 billion; €1.12 billion) in assets under management. BrickVest did not disclose specific deployment figures.

“Until now, risk appetite among real estate investors and sponsors has largely followed a similar path and our data suggests that the divergence in sentiment has persisted during Q2 and even Q3 2018,” BrickVest chief executive Emmanuel Lumineau said in a statement Wednesday. “As a result, many sponsors and investors are likely to face a much tougher challenge to identify partners that mirror their own risk appetite.”

BrickVest has seen a particular decline in risk appetite among investors in the UK, US and France, while German investors remain more focused on opportunistic and development strategies. That divergence “perhaps gives a demonstration of the consumer confidence and the current German real estate market,” the firm said.

BrickVest’s survey polls 4,500 investors and 600 deal sponsors. The firm’s investments are open to professional clients who qualify under the Markets in Financial Instruments Directive – the European Union’s regulatory framework for investors – and the investment minimum is €1,000.

Why ICG-Longbow is raising its largest senior debt fund yet 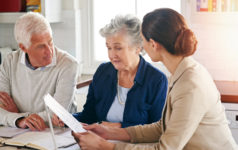 UPDATE: FY 2019 sees fewest closings in more than a decade

Fundraisers 16 January 2020
Added to your Saved Articles
Loading
Unsave Article
Please confirm you would like to remove this article from your saved articles.
Share with other subscribers
Only logged in subscribers of this site will be able to access the shared article.