When Greystar teamed up with Ivanhoé Cambridge to form a joint venture to acquire and develop multifamily in Chile, it was the first time a global institutional investor entered the market.

The Chilean private real estate market had long been dominated by domestic institutions, even though it was notably liquid, Tom Livelli, Greystar managing director for South America, told PERE. He said, traditionally, institutions including insurances companies were regular buyers of multifamily properties, alongside family offices and ultra-high net worth individuals. This dominance had made entry for international capital challenging. “There’s a variety of different funds, but a very small universe of players,” Livelli said. “It’s often the same investors doing deals directly.”

Pre-covid, the country’s insularity was supported by its relative economic stability, including a low interest rate environment – the monetary policy interest rate in Chile is currently 5.5 percent and is expected to remain above 3 percent in the near term.

More recently, however, Chile has suffered from political unrest, marked by protests mainly in response to increased transport fees and high levels of corruption. That led to the country’s pension funds and other domestic investors to seek to diversify their portfolios internationally.

“[The protests] caused Chileans to pick up their heads and say, ‘I am way overexposed in Chile,’” Livelli said. “In the last couple of years, there has been an enormous capital flight from the country.”

Now, with the unrest having largely subsided, investors anticipate decent economic growth ahead. According to Office for Economic Co-operation and Development statistics, as of December, the country’s GDP growth was expected to reach 12 percent in 2021 as its economy rebounded from the pandemic before stabilizing this year and next. Further, the GDP per capita is almost double that of Brazil: $13,271 versus $6,797, per data from the World Bank.

This has created a window for international capital to make bets. Livelli, who was hired in 2017, is keen for Greystar to capitalize.

The firm has already transacted in the country, initially testing the waters with Credicorp, a Peruvian financial services group, with which they manage two residential funds. The second, Fondo Renta Residencial II, closed on $100 million in 2018. With debt, it had $350 million of investing firepower. Greystar declined to comment on the performance of the vehicle.

That provided the springboard for Greystar to introduce Ivanhoé Cambridge, one of its biggest and longest-standing investors, to the Chilean market. The two organizations previously partnered in France, the UK and Australia, among other markets. Last year, Greystar exited an entire US residential fund to the Canadian investor in a deal valued at $3.6 billion.

Neither Livelli or Mantesso would disclose the size of the Chilean tie-up, but it is expected to follow a value-added and opportunistic risk and return strategy, aiming for mid-teens returns. Greystar has some flexibility to adjust its return expectations based on the risks associated with a particular project, Livelli added.

Mantesso said the joint venture could grow over time to include other investors too as the opportunity increases. “In recent years, Santiago added 50,000 new renter households per year,” Livelli said. “To meet the demand, the market needs somewhere between 200-250 buildings a year. What we’re achieving is a drop in the bucket.”

The institutional Chilean residential market has more than doubled in the last three years, according to a presentation prepared by accounting firm BDO for Greystar. At the end of 2018, the market had 41 buildings representing 9,182 units. By the end of last year, the market had 92 properties with over 20,000 units, with the majority of the new assets added in 2020 and 2021. 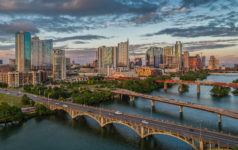