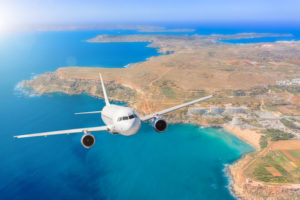 The release in 2016 of the Panama Papers and then the Paradise Papers a year later reignited a global discussion about the use of offshore jurisdictions for financial services. Revelations of concealed fraud, tax evasion and sanctions dodging using Panama entities, and the exposure of the tax arrangements of a number of high-profile corporates across a collection of offshore ‘tax paradises’, has created what several market watchers describe as a “smell” around offshore jurisdictions.

“The Paradise Papers put the spotlight on offshore structures and created a view that offshore was tainted,” says a London-based funds lawyer. “Fund managers are questioning now whether they want to set up offshore.”

From a tax perspective there is little difference between setting up an offshore fund in the Cayman or Channel Islands compared with Luxembourg, Ireland or Delaware, says Robert Mellor, PwC private equity funds partner. “Limited partnerships are either tax transparent or exempt. They all have the same tax characteristics. Tax is not a real differentiator.”
Investor preferences

The issue is more about reputation and regulation, which “are a massive piece,” when assessing investor preferences regarding a fund domicile, says IQ-EQ group funds and institutional director Stuart Pinnington. “A German pension fund [for example] would be prohibited by its investment memorandum from investing in a BVI [British Virgin Islands] fund,” he says, noting that overall, “we are moving toward a more regulated future.”

Some investors may not want to expose themselves to the scrutiny of investing in an onshore structure but others are also “nervous of jurisdictions perceived as unregulated,” says Hong Kong-based Debevoise & Plimpton partner Gavin Anderson. “Asian funds are still using Cayman if they’ve been there historically, but some investors are turned off and would prefer funds in an onshore jurisdiction rather than a post-box in the Caribbean. That’s a long-term trend,” he says.

The EU’s decision in February to include the Cayman Islands on its list of non-co-operative jurisdictions for tax purposes has cemented its status as a domicile to avoid for European investors – for the time being. The designation is widely expected to be rescinded following Cayman’s introduction of a new private funds law shortly after, which brings its regulations in line with its international peers.

In the meantime, Luxembourg and Delaware appear to be the biggest beneficiaries of any move to onshore. However, Guernsey and Jersey have sought to exploit the differences between offshore jurisdictions by recently updating their laws to facilitate the migration of funds, with an eye, it seems, to catching ex-Cayman business.

Although the conversation about onshore or offshore maybe intensifying, no one sees a rush to rehome funds. In the end, “there is a list of acceptable investment hubs that funds always consider and others that they don’t,” says IQ-EQ group head of funds Justin Partington. “Consistency in rule of law and tailored fund regimes and transparency get a domicile on the list. And from there you might whittle it down to investor preference, relationships with service providers, and the nuances of structure.”