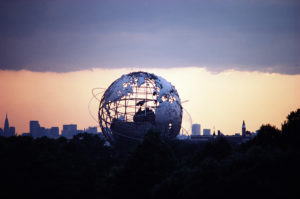 Now, we break into the final 10 of our countdown with the investors from 10-6…

Like its neighbor pension plan CalPERS, the California State Teachers’ Retirement System faced real estate investment challenges of its own this year.

The pension system noted that it wanted to expand beyond the four traditional property types and into niche strategies. But, it has found the expansion difficult and said in April that it is planning to sell more real estate this year than it did in 2016.

The pension system was also bearish about property returns and said it was preparing for lower returns in its real estate portfolio.

“We believe it will be a challenge to attain an 8 percent overall return, especially if the US economy slows down. Beating our benchmark will also be a challenge as we are overweighting lower risk strategies,” CalSTRS wrote in its real estate business plan for fiscal year 2017-18.

Nonetheless, CalSTRS was able to make what it considered a “limited” number of acquisitions – seven real estate commitments totaling $1.3 billion to TCI Fund Management, PCCP, Beacon Capital Partners, CBRE Global Investors and Blackstone – during the first half of 2017.

A recurrent real estate theme for the California Public Employees’ Retirement System, which dropped four places in this year’s ranking, was its deployment challenge in the asset class.

At the PERE Global Investor Forum: Los Angeles in April, Paul Mouchakkaa, CalPERS’ managing investment director in real assets, said high prices, competition for deals and a reluctance to increase risk made it difficult to put capital to work.

“Four or five years ago, if we gave [managers] $500 million, 50 percent would be put to work. This year, it’s looking more like 25-30 percent,” he said. “Prices are moving up. What does that mean for us? It’s much tighter and a more competitive situation.”

CalPERS, which saw its real estate portfolio decline by $10 billion from last year, invested $1.6 billion of capital in real estate in the fiscal year ending June 30, or approximately 35 percent of the $4.6 billion approved for deployment, according to the Pension Consulting Alliance in an August memorandum. By contrast, $2.9 billion out of an approved $7.9 billion was invested in real estate during the previous fiscal year, according to CalPERS’ website.

The challenge of investing capital stemmed from real estate’s increased valuations and “fierce” competition from other institutional investors seeking greater yield than fixed income, PCA noted in the memorandum.

The low level of deployment led CalPERS to further reduce its real estate allocation to $3.95 billion for the new fiscal year that began July 1 – reflecting a 50 percent drop from two years ago.

Canada’s largest pension fund, which began investing in real estate 16 years ago, saw a leadership shuffle during an active capital deployment year. In July, Graeme Eadie, global head of real assets, stepped down after a year in the role he originated. Ed Cass, previously senior managing director and chief investment strategist, took over.

On the acquisitions side, CPPIB continued investing in a wide range of properties and geographies. In Asia, the system signed various partnerships, including a $500 million Indian logistics joint venture, an Indian retail JV that could see CPPIB investing up to $250 million and a $400 million Indonesian logistics JV. CPPIB also looked to other emerging markets for opportunities, working with a local company for a $400 million Brazilian office partnership.

On its home continent, the pension system took a Houston-based office real estate investment trust private in a $1.2 billion deal inked in June. The transaction saw CPPIB take over a 19-property Houston portfolio months after the pension teamed up with two private equity real estate firms to buy minority stakes in one of the REIT’s Houston portfolios. The pension also expanded its 2016 US student housing platform with GIC through the March purchase of three portfolios located across the US for $1.6 billion.

TIAA Global Asset Management has experienced a major restructuring period, with personnel changes, rebranding, fund launches and more. This year, expansion took center stage with the opening of three offices in Helsinki, Miami and Washington, DC, for investment subsidiary TH Real Estate. Alongside its Finnish outpost, TH Real Estate purchased a 50 percent stake in a Helsinki shopping center through its European Cities Fund, valuing the property at over €500 million. In other major acquisitions, the firm linked up with New York-based Silverpeak Real Estate Partners in February to buy a 24.5 percent stake in a $1 billion, 11-building Houston office portfolio. In May, TH Real Estate picked up a 50 percent stake in a one of Spain’s largest malls for €264 million.

Also in May, TH Real Estate opened its fourth German logistics fund, targeting €200 million, and in the summer launched its debut US debt vehicle, investing $250 million on behalf of the TIAA General Account alongside other investors. The firm is also investing more than $500 million from the general account in a $1 billion joint venture inked in January focusing on US commercial real estate loans with The Korean Teachers’ Credit Union. For that JV, the firm is targeting a return in the single digits.

In the last year, Singaporean investor Temasek has expanded its real estate portfolio globally, with a focus on buying in the US, as it continues its pursuit of diversifying outside Asia. The group has been seeking investment opportunities Stateside as well as in developed property markets within the UK and Australia for income-producing assets.

In February, Temasek officially opened an office in San Francisco to expand its presence in the Bay area. In June, it was revealed that Mapletree Investments, Temasek Holdings’ real estate investing arm, invested as much as $1.6 billion into US student housing assets through a series of transactions with Kayne Anderson Real Estate Advisors. Mapletree had acquired its first US student housing portfolio from Kayne Anderson in November last year and has since increased its exposure to 17 assets across 16 US cities. At the beginning of 2017, Mapletree made another US buy when it acquired Los Angeles-based corporate lodging company Oakwood Worldwide.

With $33.49 billion committed to private real estate from Temasek’s $197 billion portfolio the Singaporean giant has cemented its position in the upper echelon of the ranking.