Fundraising for Invesco Real Estate’s second pan-Europe, value-add fund should have wrapped up at the end of August. Instead, investors that had committed capital to the vehicle have been informed of an extension, which would see fundraising finish sometime in the first quarter of next year.

The fund had received strong support from repeat investors encouraged by since-inception gross returns of 22 percent as of March 31 from Invesco’s first European Value-Add Fund – just as covid-19 was turning into a global pandemic. With €550 million of a targeted €750 million raised, Invesco aimed to extend its marketing to bring aboard new investors within its original target timeframe. But that was not to be.

At the end of September, the firm released a statement: “Due to the current environment, Invesco Real Estate confirms that it has extended the fundraising period for the EVAFII Fund. This is to provide our potential investors more time for their due diligence on the opportunity as decision-making and approvals at many of these firms has slowed down during the pandemic. We look forward to formally closing the fund in Q1 2021.”

“Covid has meant you can’t market in a conventional sense,” commented Jacobs. By his reckoning, the dependence on virtual communication has not proved to be an adequate substitution for in-person marketing. “You’re doing it now with one hand tied behind your back,” he said. Indeed, such impediments have led to at least two managers he is familiar with pursuing fundraising extensions of their own.

These are among the 134 European private real estate funds that were in the midst of fundraising in March when the coronavirus was officially labelled a pandemic, according to PERE data, which captures closed-end fundraising for the sector. At that point, actively marketed funds had captured €20.7 billion, or 29.6 percent, of a then-targeted €69.8 billion, meaning the fundraising of more than two-thirds of the capital sought for them was still outstanding when covid-19 became a pandemic.

Fundraising extension requests are traditionally not publicized, so determining how many of these vehicles require more time is challenging. However, PERE learned of at least five managers in the region that have either officially requested an extension for a fund or have confirmed an intention to do so.

One of these managers, speaking on the condition of anonymity, said it submitted a request to investors last month for an extension to June next year to give it the best chance of achieving a €500 million targeted raise. The manager held a closing on more than half the targeted equity in January but believed extra time to be critical to bring new investors onboard, with an Asian marketing effort proving particularly hard in the current circumstances.

“There’s no substitute to having an in-person experience,” agreed Mark Ebbinghaus, chief executive officer of ARA Europe, the European arm of Singapore-based manager ARA Asset Management, which is marketing the Venn Commercial Real Estate Debt Fund II, the second of a real estate credit fund series inherited from its majority stake acquisition in lender Venn Partners in March. ARA raised €200 million of a €400 million target for the fund from repeat investors. “Our first close took place in June 2020 and under the terms of our limited partnership agreement, we have 12 months to do our final close so any extension request would not be required until then,” he added.

“I would say it is possible that we may ask for an extension. But this will need to be assessed closer to June 2021.” Ebbinghaus was speaking before news of successful vaccine trials earlier this month.

No problem with external events

For most private fund practitioners, extension requests are a sign of original plans for a vehicle not materializing. But there are disparate views on whether submitting a request carries any reputational risk for the fund’s manager. While certain managers do not wish to publicly disclose requests, there are investors that see no issue if the reasons for the extension are extraneous. Paul Jayasingha, global head of real assets research at consultant Willis Towers Watson, said: “I don’t necessarily think there’s a stigma attached if someone tried to extend because of covid as its an external event.” Jayasingha confirmed one manager has approached Willis Towers Watson with an extension request in the US, though not yet in Europe.

That said, he does not believe extensions will be necessarily advantageous either for a manager, especially if the fund was already meaningfully deployed pre-crisis. Investors committing to latter fundraising rounds of funds straddling a crisis period, with pre-crisis investments already in place, are paying for these investments at cost, he explained. Coupled with the equalization charge, essentially an interest rate compensating early close investors, which can extend to between 4-9 percent, this makes such a proposition unappetizing. “Most managers are marketing these now as ‘pre-seeded’ portfolios with great transparency to the underlying assets,” Jayasingha said. “But pre-covid deals can be less attractive.”

Accordingly, Invesco and ARA have been happy to communicate their positions on extensions publicly. According to a PERE report at the end of June, just 18 percent of Invesco European Value-Add Fund II had been deployed, and into the currently favored sectors of logistics and residential. ARA, meanwhile, had deployed less than 10 percent of its Venn Commercial Real Estate Debt Fund II as of early November.

Nonetheless, according to Peter Stoll, head of private equity giant Carlyle’s European real estate business, having dry powder if caught by a crisis is a major differentiator in a manager’s positioning and success going forward.

He joined Carlyle in 2015, years after its biggest European opportunity fund, the 2007, €2.3 billion Carlyle Europe Real Estate Partners III, was caught out by the global financial crisis. But he spent his first years after joining helping to restore value for the vehicle. “It was two-thirds invested pre-crisis. The €800 million invested post-crisis essentially filled a hole. It’s hard when you straddle a crisis like this.”

The fund is valued at a 1.2x equity multiple as of the third quarter this year, meaning investors essentially would receive their capital back after putting it to work more than a decade ago. That was enough, however, for the firm to resurrect its European fund operations with the new team’s efforts responsible for a reboot of the firm’s real estate efforts in the region. Last year, it raised €540 million for the Carlyle Europe Realty Fund, its first new vehicle in the region in a decade.

In the past month, news of successful vaccine trials by pharmaceutical giants Pfizer, Moderna and AstraZeneca led to a notable upswing in financial markets sentiment. Stock prices rebounded, including in the real estate sector. But with much uncertainty still surrounding the rollout of the vaccines and the subsequent shift in behavioral patterns, few private real estate market executives foresee a significant return to travel-dependent fundraising anytime soon.

In the face of this uncertainty, Jacobs thinks the length of extension requested could prove important. Traditionally, a private fund’s marketing clock is set at one year following a first closing. But, while each fundraising is subject to its own context, six months – a traditional extension timespan – might be insufficient in the broader context. “I would ask for 12 months. The extension needs to be such that there’s a window for marketing once the pandemic is behind us. Otherwise, there may be little chance to raise incremental capital.”

According to PERE data, European funds to reach a final closing have taken an average of 18.1 months to close during in 2020, quicker than they did in 2018, but notably slower than other regions. If European managers follow Jacobs’ advice, the number of two year-plus roadshows would multiply. But while such elongated marketing periods would not be part of any vehicle’s original planning, the covid-19 crisis has at least provided an element of homogeneity for those managers out marketing – apart from those already meaningfully deployed into pre-pandemic deals. For those managers, the task of raising money is meaningfully harder and requests for more time may to be no avail. 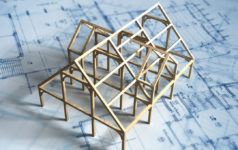 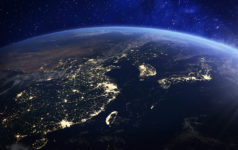 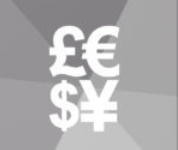