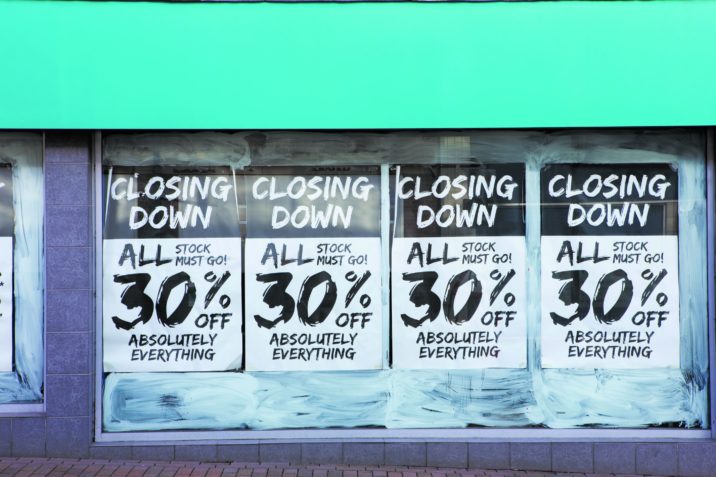 Retailers on both sides of the Atlantic will continue to be battered by high costs, competition from e-commerce, and the debt burden many of them carry as the legacy of past leveraged buyouts. Cushman & Wakefield’s head of retail research for the Americas, Garrick Brown, reckons there were some 7,500 closure announcements by major chains by the beginning of June in the US and expects the year-end figure to come in at around 12,000. “Unfortunately, I don’t think the retail apocalypse story is going away any time soon.”

Meyer Bergman’s CEO Marcus Meijer adds: “We will continue to see middle-of-the-road retailers like Jamie Oliver’s restaurants and Topshop going into administration. Brexit means the challenging environment for sales in the UK will continue and will accelerate the retail retrenchment.”

Few owners want to sell shopping centers under current market conditions, but the prospect of distressed sales is growing. “The probability is increasing that that higher-quality retail property will come to the market, which we haven’t seen for almost a decade. For example, we may see that traded out of the portfolios of the listed players,” says Rik Eertink, manager of CBRE Global Investors’ European Shopping Centre Fund series. Moreover, managers of funds facing net outflows from mom-and-pop investors may be forced to sell to increase their cash buffers.

To date, the expectations of sellers have outstripped what buyers are willing to pay. That could soon change, says Ludovic Charpentier, head of separate accounts at AEW: “We’re getting to a point where some value-add investors are waiting to call a trough in the market. The Arcadia company voluntary arrangement could be the first sign where investors say that has arrived, but everyone is afraid of catching a falling knife a bit too early.”

With no let-up in negative sentiment, shares in North American and European retail REITs will continue to trade at a big discount to NAV. Better-capitalized public companies may embark on share buybacks, while others will seek to secure external capital through joint ventures to improve earnings per share.

“For REITs it is very difficult,” says Meijer. “As their valuations get lower, leverage levels will creep up so then they have two choices: asset sales or secondary rights offerings at big discounts. Neither one is very attractive. The best assets are still saleable but then you get left with highly levered bad assets.” Many analysts tip an increase in M&A activity through consolidation and buyouts by private capital.

In July 2018, US retail REIT Macerich formed a partnership with Industrious for the co-working operator to provide serviced office space across a number of its malls. Many mall operators will look to hedge their bets and reduce excess store space by turning to other uses, predicts Brown: “The future of retail is mixed use. That is the sort of thing Brookfield has been up to since they acquired GGP last year.”

CBRE’s head of European retail investment Chris Gardener foresees a similar trend taking hold in Europe’s big department stores. “They are often in super-prime locations because many high streets were built around them. There is a huge opportunity to unlock that real estate in the coming years.” 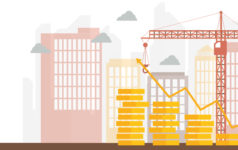 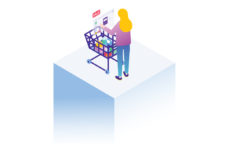