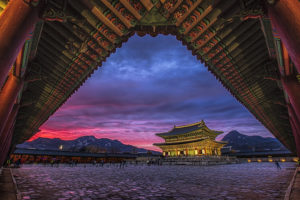 1. Diverging trend between Korean investors: Korean investors hold two different views on whether they should move up the risk curve to maintain their target returns or lower their expectations, according to Andrew Shin, head of investments in Korea at Willis Towers Watson. He pointed out that of the two main investor groups in Korea – insurance companies and mutual aids/public pension funds – the former is constrained by regulation from deploying capital freely and typically invests only in real estate debts, while the latter can move up the risk curve more flexibly.

Harry Song, head of overseas real estate at the 12.23 trillion won ($10.4 billion; €9.4 billion) Public Officials Benefit Association, told the audience that the investor had decided to look into opportunistic and value-add investments to achieve its target return. The pension fund currently has 1.6 trillion won of assets under management in real estate and plans to grow its allocation to 2 trillion won by the end of this year, according to Song.

2. Blind pools vs direct deals: Shin also pointed out that, unlike their counterparts elsewhere, plenty of Korean investors started investing in overseas real estate with direct deals rather than through commingled funds, given their preference for having direct ownership of assets. One such investor is the general manager of Korea’s Local Finance Association, which told the audience that it preferred to purchase assets through sell-downs from Korean securities firms. Such firms act as an “extra layer to manage the frontline risk,” he said.

By contrast, the 35 trillion won Korean Teachers’ Credit Union has decided to increase its investments in blind-pool funds for diversification purposes, according to Philip Yoon, the organization’s former head of overseas corporate finance. Currently, KTCU has invested $3.7 billion in overseas real estate, of which around 40.9 percent is in funds while the rest is invested in single projects.

3. Greater caution with securities firms: Not every Korean investor is opting to invest with securities companies, however. Jiroo Eoh, real estate team leader at the 16.41 trillion won ABL Life Insurance, a wholly owned Korean insurance arm of Anbang Group, told the audience that he preferred to work with investment managers directly than the local securities companies. He explained that investors can be uncomfortable with some products offered by securities firms due to a lack of clarity in bundled investments.

Willis Towers’ Shin, meanwhile, pointed out that many Korean investors are getting concerned about securities firms bidding more aggressively for real estate assets overseas. However, he expects investors will continue to work with these firms but will spend more time doing their own due diligence in the future.

4. Residential for diversification: Both KTCU and POBA told the delegates at PERE Seoul that they would increase their allocations to the residential sector for diversification purposes. Like many other Korean investors, KTCU and POBA have huge exposures to the office sector, but a source at POBA told PERE that it had less than 3 percent of its overseas real estate investment in residential in 2018, while KTCU announced at the conference that it currently has 3.5 percent of its overseas real estate portfolio in multifamily.

5. Market and operational risks: Concerns over market and operational risks are the two most common themes among Korean investors. In terms of market risks, low interest rates have led to an abundance of capital for a limited number of deals, which in turns leads to overpricing, according to Jayme Han, executive director for Asia funds advisory and distribution of real estate brokerage firm JLL. Prior to joining JLL, Han spent almost 20 years working with Korea’s National Pension Service.

On the operational side, investors are learning to effectively manage their relationships with the growing numbers of domestic and overseas asset managers as they continue to build their property portfolios. Jinho Lee, head of global real assets at the 125.11 trillion won Korea Post, noted that he had a strong preference for managers who have a team and office in Korea. He explained that proximity was an important factor in helping investors develop long-term relationships with their managers.