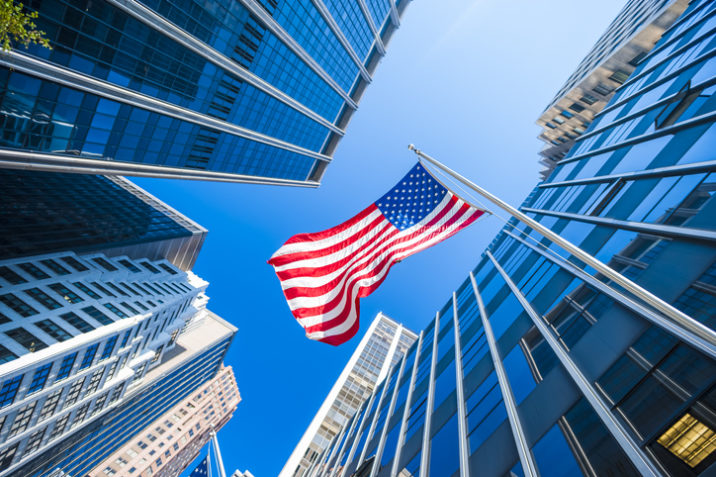 With more than 1.5 million confirmed cases and 90,000 deaths, as well as a 10 percent jump in unemployment, the US has been battered by the spread of the novel coronavirus. So far, this has not deterred the country’s appeal to foreign real estate investors, according to a survey conducted by the Association of Foreign Investors in Real Estate.

AFIRE’s findings show that roughly 70 percent of cross-border investors expect the US to see the strongest growth in international investment, once the market stabilizes, up from approximately 20 percent during the fourth quarter of 2020. The survey was conducted between March and April – the peak of the covid-19 outbreak in many parts of the US – and featured responses from 2,600 global institutional investors.

Before covid-19, AFIRE conducted a similar investment intentions survey polling around 2,900 respondents. In Q4 2019, international investors were focusing more of their attention on Europe and Asia, with more than 35 percent of AFIRE respondents favoring each region. Now, however, only 20 percent are bullish on Europe and 10 percent on Asia.

As institutional investors around the world look for opportunities coming out of the crisis, Sonny Kalsi, president of the investment manager BentallGreenOak, said the US is a logical target: “The US is the number one investment market for most investors globally, but it has been expensive in recent years,” he said. “Now we are in a situation where the US could be affordable again and we could see inbound capital coming in once things stabilize because there is a pent-up demand.”

Pre-covid, opportunistic investors showed a preference for global strategies. With $41.7 billion of commitments through the end of the first quarter of 2020, multi-regional funds accounted for the lion’s share of the $118 billion of closings tracked by PERE during the past 12 months. However, investor preferences for where they would like to see their capital deployed have since changed.

“What we have seen in speaking to GPs as well as some of our fellow LPs, is the folks that were going overseas seeking outsized returns have now pulled back,” Chris Ebersole, real estate investment officer for the Oregon State Treasury, said in a recent webinar. “[US investors are] seeing there is potential pricing dislocation domestically and they may still be able to achieve that same arbitrage without having to take the additional risks that come with international investing.”

QuadReal, the real estate investment arm of the British Columbia pension system, however, plans to continue to invest abroad as it looks to grow its non-Canadian allocation from 43 percent of its portfolio to 50 percent. But most of that effort will indeed be focused on the US, with 28 percent of its overall portfolio being elsewhere in North America. “We remain steadfast in where we will invest: in major centers with continuing population growth, projects of scale on public transportation and residential densification opportunities,” Jonathan Dubois-Phillips, QuadReal’s president of international real estate said. “We have the allocations to do business.”

While the US may benefit in the long run, timing remains a significant uncertainty, especially as individual states re-open based on their own schedules and standards. In the near term, countries that contained the virus better and are further along in the recovery process will be attractive.

In Japan, for example, there have been only 16,400 cases and fewer than 800 deaths. This has led to minimal economic damage relative to other developed markets with a seasonally adjusted unemployment rate of 2.5 percent. In Tokyo, BentallGreenOak was able to acquire a portfolio of properties for approximately $500 million after a previous would-be buyer walked away from a pre-covid contract to buy it for more than $700 million.

“Ultimately, we will see the most distressed opportunities in the US,” Kalsi said. “But, I also believe it will take the longest for it to come to market here because most of the stimulus money that’s gone into the system here has gone to help support the financial markets and I think that’s buying people time.”