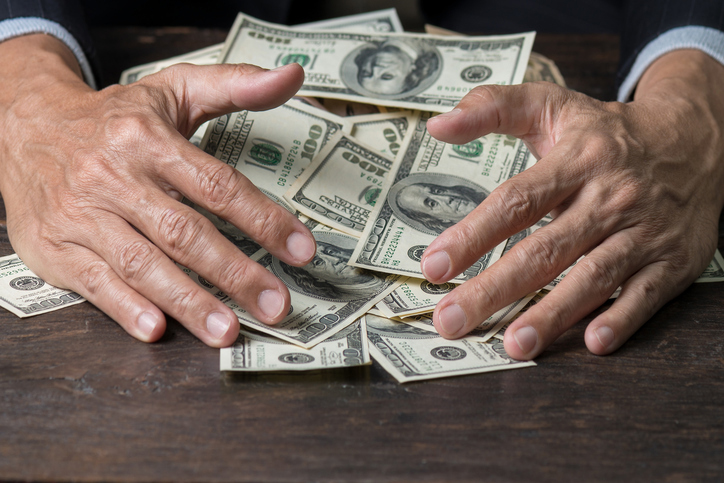 When the annual PERE and Sousou Partners 2021 compensation report was published earlier this year, I could not help but notice the somber headline.

Reading the report, I soon realized only five out of more than 900 participants in the data suffered a ‘zero’ bonus round. But I still wondered what the firms of those five outliers had in mind when slashing bonuses. Was it simply a case of not being greedy when investor cash was at risk or was there more?

Partnership structures have been around for a while; managers and investors have long history in sharing both responsibilities and rewards. Modern vehicles comprise pools of capital set up with the general idea of mitigating risks through diversification. They aim for adequate and consistent risk and profit allocation and interest alignment.

However, various developments within the industry in the past few decades have forced investors to question whether the original partnership idea is still alive. As part of the discussion, an array of agency issues has surfaced. Concerns around limited transparency, the size of management fees and methods of performance measurement have arisen. As have governance issues – including carry provisions like clawbacks.

Driven by investors’ experiences of holding the short end of the stick when vehicles are underperforming, the latter has been a hot topic ever since. Indeed, clawback issues have been a hot topic since the global financial crisis of 2007 to 2008.

Let us consider a simplified private investment vehicle waterfall scenario to see why clawback provisions are important to prevent incentive distortions. It is from a diversified fund post-GFC. 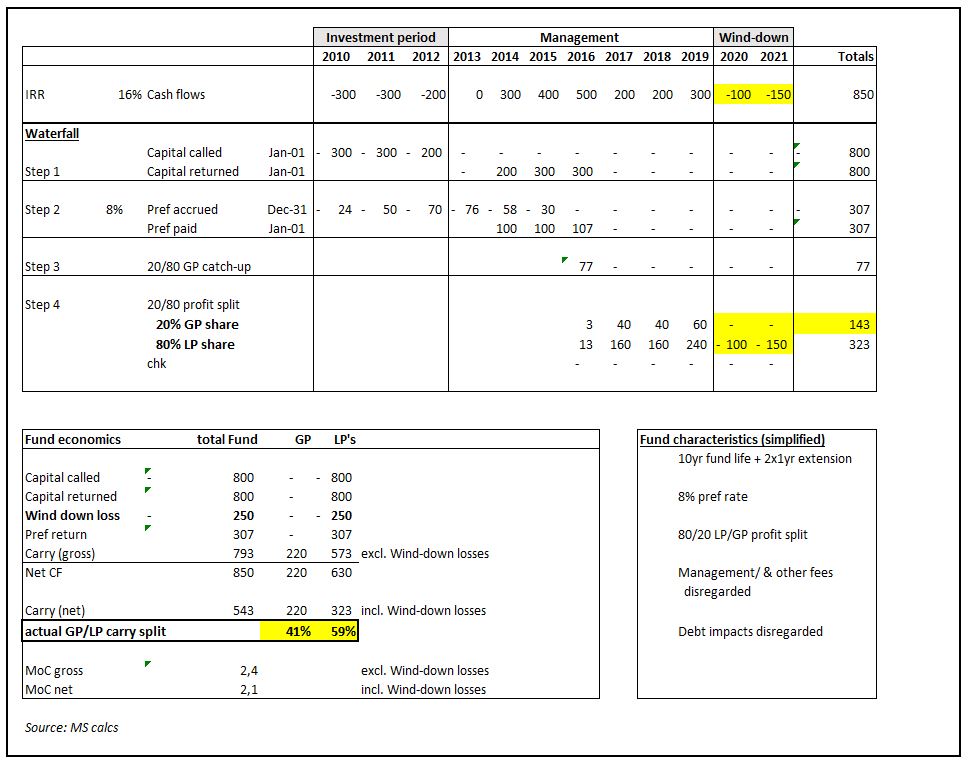 All went well, except for two retail assets which faced increasing pressure due to the shift to e-commerce. In late 2019, the manager decided to use the two one-year fund extensions hoping to turn the assets around. Then covid came, wiping out both assets with little hope of recovery. The manager sold the assets, incurring losses of 250 units to be entirely borne by the investors, since the LPA did not entail any carry clawback provisions. Without any manager pari-passu loss participation, the fund’s profit distribution structure became distorted. What once was an 80-20 profit sharing arrangement turned into a 59-41 split.

Predictably, the precipitation of another crisis means this is a problem. At the extreme end of possibilities, the continued absence of provisions like clawbacks could meaningfully limit future participation in traditional private investment vehicles. There is data out there to suggest carry hold-back provisions appear now to be relatively widespread among senior executives.

However, little progress has been made in the recent past, which is likely to be a reflection of the liquidity-induced power shift towards investors. Compared to public equity markets where some 93 percent of S&P 500 firms now feature clawback provisions as part of senior management’s comp arrangements, the private industry clearly has room for improvement. For sure, many institutional investors are calling for change, like CalPERS and CalSTRS, both of which are pushing for governance reforms including clawback provisions. I expect a similar trend to gain momentum in private real estate capital markets going forward.

What is in it for the partnership? For investors, the answer is obvious: better risk and interest alignment and, as a result, downside protection. For the managers, adopting clawbacks is about sending a strong message to their investor base: We are still partners in a business; when we go through rough times, we’re willing to share pain as we do upside. Slashing bonuses is a gesture. But we all know the real differences are made in the carry.