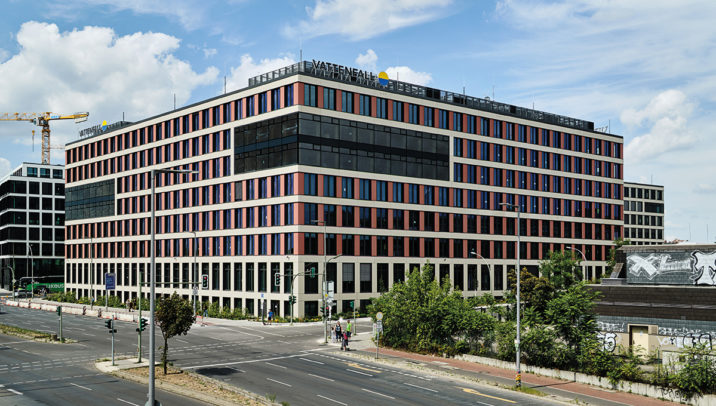 If you are looking for an example of German regeneration championing nature at its heart, look no further than the EDGE Südkreuz office in Berlin.

With public park Tempelhofer Feld to the east and the 44-acre Natur-Park Südgelände to the south, the property – which was completed this year by developer EDGE before being sold – is surrounded by green spaces. The EDGE Südkreuz office sits in an area known as Schöneberger Linse; between Südkreuz train station and the Schöneberg S-Bahn, which has been targeted for regeneration by the city to revive the wider district.

Inspiration for the development has come from the natural surroundings with sustainability at the forefront. Investment came from Düsseldorf-based private equity investor COLCAP and MünchenerHyp with the Bavarian bank supplying €141 million of financing in October.
The bank dubbed the building the greenest in Germany in acknowledgement of its sustainable features prompting Louis Hagen, its chief executive, to declare how the financing set a bar for its high sustainability standards.

Loan provided by MünchenerHyp to COLCAP for the purchase

Spruce wood used in the development

EDGE also integrated ‘MicroShade’ technology into the property – a method that “retains unwanted heat via a thick metal foil” leading to “a significant reduction in energy consumption and CO2 emissions from cooling,” according EDGE Next, the developer’s PropTech company.

These initiatives led to it receiving the DGNB Platinum award from the German Sustainable Building Council with a total compliance rate of 95.4 percent – the highest ever for a new construction project.

EDGE Südkreuz Berlin is aligned with the idea of ‘Office 4.0,’ according to EDGE, as it adapts to the changing needs and habits of the modern employee, with spaces that promote both communication and concentration. Swedish energy supplier Vattenfall will be first to realize these benefits first hand, signing on to take space at ‘Carré’ for its German headquarters.

If the walls of the EDGE Südkreuz Berlin could talk, they would discuss their hope of inspiring similar sustainability-led constructions to further the drive for much-needed change in today’s workplace.