PERE
Home News & Analysis Does it matter how investors fund their commitments? 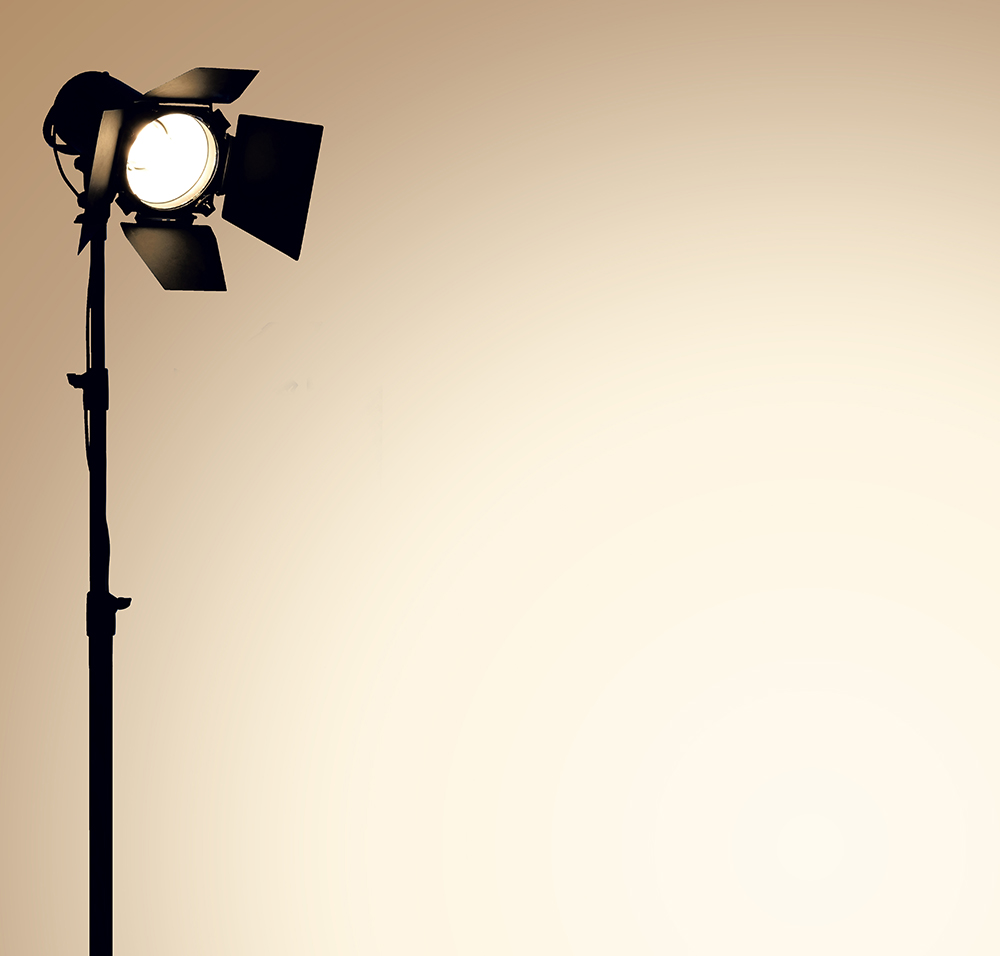 When Ben Meng returned to the California Public Employees’ Retirement System to become its new chief investment officer this January, he received a “Keep Calm Carry On” poster from chief executive Marcie Frost and the executive team. In Meng’s mind, the welcome gift was meant to prepare him for potentially rough seas ahead.

In anticipation of an impending downturn, the US’s largest pension fund, like many other financial institutions, is preparing ways of capitalizing on opportunities that might arise from it. At CalPERS’ investment committee meeting in June, Meng told the board the pension is developing a plan to help mitigate the impact of a major drawdown. One possibility is leveraging CalPERS’ portfolio.

CalPERS’ deliberations have put the spotlight on a lesser discussed aspect of institutional investors’ investment policy: to what extent does leverage, systemically adopted at the fund level, play a role in portfolio construction? Who sets the leverage policy and what are the parameters within which it can be used?

More importantly, are investors subject to the same scrutiny and rigor as managers when it comes to the use of leverage?

“[Leverage] should be treated with the same concern. Leverage is leverage; it doesn’t matter where it is,” says a Singapore-based consultant, recalling how some funds of funds and Dutch pensions failed to meet their obligations during the financial crises. “We should care because the last crisis occurred because of overleveraging, and at this point in time, I would argue we are potentially more overleveraged today than 10 years ago.”

Who is borrowing and why?

Traditionally, certain investors have borrowed at the asset class or program level, or while directly acquiring assets like an office building, for example. One Seoul-based advisor explained that, as soon as investors move beyond core strategies and up the risk curve, it is tough to be competitive without taking on some form of leverage. CalPERS too has had asset class leverage capabilities within real assets and other groups since late 2008.

What is making fund or balance sheet-level borrowing palatable for some investors is its availability and cost. Some lenders are understood to be charging investors only 100-110 basis points above LIBOR. Another Singapore-based advisor recalls how, in 2015, a Middle Eastern sovereign wealth fund acquired a Japanese retail asset at an initial yield of 2.4 percent. The investor did not commit any equity for the acquisition. Instead it re-geared its portfolio and took on leverage at a borrowing cost of as low as 50bps to fund the asset. As such, the state fund obtained a 200bps spread on the asset.

“At times like now, when asset yields are so low, it makes sense to not take asset-level leverage and instead borrow on the balance sheet. The spreads are better,” that advisor notes. Subsequently, that can enhance the performance of the portfolio.

On the issue of liquidity, CalPERS has faced such predicaments before. During the market sell-off in 2008, it reportedly had to sell stocks to raise cash and meet its commitments to real estate managers and those of other asset classes.

A CalPERS spokesperson tells PERE the pension is “having and has had discussions about the use of leverage in the asset allocation work for years.”

Indeed, the June investment committee meeting was not the first time CalPERS executives raised the subject of leverage. The topic was also discussed at a board meeting in July 2017 as a way for CalPERS to meet its return targets and improve its 68 percent funded ratio at the time, for instance. This came 18 months after the board authorized a “borrowed liquidity” allocation, essentially a short-term use of leverage to help the fund maintain the target risk profile. In November 2017, however, the investment office decided to shelve fund-level leverage plans because it believed the application of leverage would increase the fund’s market sensitivity, among other reasons.

Another US pension, the State of Wisconsin Investment Board, which managed $110 billion in assets as of December 31, 2018, approved the adoption of leverage for its Core Fund in 2010. The Core Fund is the largest of the two vehicles that make up the Wisconsin Retirement System. As of December 2017, SWIB used 8.9 percent leverage, or borrowed $8.9 billion against the Core Fund assets, in order to increase investments in other areas. The leverage amount increased to 10 percent in March 2018.

According to its latest report, if market conditions are favorable, SWIB plans to further increase the Core Fund leverage after board discussion and approval. The fund’s ultimate leverage target is 20 percent, or a leverage ratio of 1.2:1, implying an allocation equivalent to 120 percent of its total assets. Justifying its use of leverage, the SWIB report compares it to “a typical home mortgage with a 20 percent cash payment, which, at the time of purchase, is leveraged at a ratio of five to one.”

Not everyone agrees with this view, however. In January 2017, former Wisconsin senator Kathleen Vinehout wrote an article criticizing state pension fund management after several audits related to the Wisconsin Retirement System were published.

On the subject of leverage, Vinehout said: “Wisconsin also uses a risky strategy of borrowing to leverage assets. The use of debt to leverage assets lost money in all periods as of December 2015 including a negative 30 percent return in 2015. The leverage strategy contributed to the fund losses in 2015. Despite this, SWIB still has a goal of leveraging a staggering 20 percent of its funds.”

There is no standard leverage policy among institutional investors, according to PERE’s conversations with investors. There is ambiguity surrounding the matter.

Indeed, just as there are certain reasons to use credit, there are others to avoid it. One recognized pitfall is an investor’s ability to borrow cheap and fund growth also means its equity reserves get deployed much more slowly.

A real estate executive at a European pension, which does not use asset class or portfolio-level leverage, explains his stance: “You get good double-figure returns unleveraged. If you lever up, you can get high teen returns on your money. But it means your money goes out slower and it increases the risk. So, for us it is a no.”

Other investors face regulatory objections. PERE understands the National Pension Service of Korea has internal guidelines prohibiting the use of credit for the entire portfolio. “It is quite simple: most asset classes are using leverage to boost investment returns. If they are allowed to use credit for their entire portfolio, it is leverage on leverage,” one senior Korean executive says.

Some argue that leverage invariably adds more risk to an investor’s portfolio. A Hong Kong-based real estate lawyer says pension holders will understandably get nervous if a public pension plan starts leveraging its investments: “Using financial engineering as a means of making investments moves one step away from what their mandate is, which is long-term growth in their assets. So, there are a number of wider cultural and policy related issues associated with doing that.”

Who lends to these investors is another issue. If an investor owns an equity stake in a bank and the bank is, in effect, lending to its shareholder, for example, it raises “wider questions around single customer limit exposure and concentration risk within the public sector,” the lawyer adds.

Such concerns, however, do not reconcile with the reality that many investors are not contractually obligated to reveal their leverage ratios. As part of the ‘know your customer’ (KYC) process, investors can be asked to get a letter from their banker or board certifying sufficient availability of capital for a deal, but the source of capital is not questioned, the Singapore-based advisor explains. “Nobody checks us,” the European pension’s head of real estate concurs. “We don’t ever make a statement that we are not leveraging.”

As such, industry stakeholders are often either not aware their investor partners use leverage or have no basis of finding out. The Singapore-based consultant says investors typically carve out different mandates to different consultants instead of giving the full portfolio management mandate to a single firm, so he has “no right to ask such information.”

“We are not in the position to comment on sovereign liquidity,” he adds. “We are not a credit rating agency. The bank is underwriting; at the end of the day, the bank will be liable for the investors’ background.”

‘Funding is up to them’

PERE spoke with six lawyers and each said they would not know if the investors they represent use leverage or not. “[Investors] just have to pay capital calls when required by the fund,” says Yemi Tepe, partner in the finance and projects group at Morrison & Foerster. “How they fund their capital contributions is totally up to them and the fund will not necessarily have any visibility on the underlying source of capital contributions. An LP might be a strong credit in its own right, or it might have other assets and investments it could leverage to secure financing.”

And if an investor were to default for any reason, there would be harsh remedies available to the fund, adds Jason Nelms, corporate partner advising on fund formation at the same law firm. “Funds are typically comfortable that, if they have a creditworthy investor that has been funding its capital contributions, they are protected against the risk of future defaults.”

Whether there are limits to such comfort regarding unknown and embedded levels of leverage when the market turns, however, is another matter.