The product is an unusual one as the German lending market is widely thought to be highly competitive and traditionally provides margins that are too low for some investors.

“Senior debt funds have traditionally had rather limited success due to strong competition from pfandbrief banks, which is why there haven’t been that many,” Jörg Schürmann, head of corporate finance in Germany for JLL told PERE's sister publication, Real Estate Capital. “If an investor is happy with a yield of around 2 percent then it is welcome competition for the market, which is possible given the alternatives with the ten-year yield for German bonds well below that.”

The discretionary fund, structured as a spezialfond, will invest in loans with loan to value levels of up to 60 percent secured against office, retail, residential and logistics assets. Loan maturity will range from three to 10 years.

Andrea Vanni, head of European real estate debt investments for Deutsche AWM said: “The capital raise demonstrates the increasing demand for real estate loans as an alternative to corporate and government bonds. The fund close also represents a further milestone for the expansion of our real estate debt business.”

Caerus Debt Investments, the business led by Michael Morgenroth and born out of the management buy-out of SIGNA Real Estate Advisory in 2013, last week also announced it had been granted two mandates that combined to €350 million for investment in the German real estate finance market. However, the company is aiming to provide whole loans at higher LTVs than Deutsche and against secondary property. 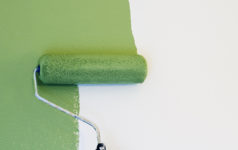